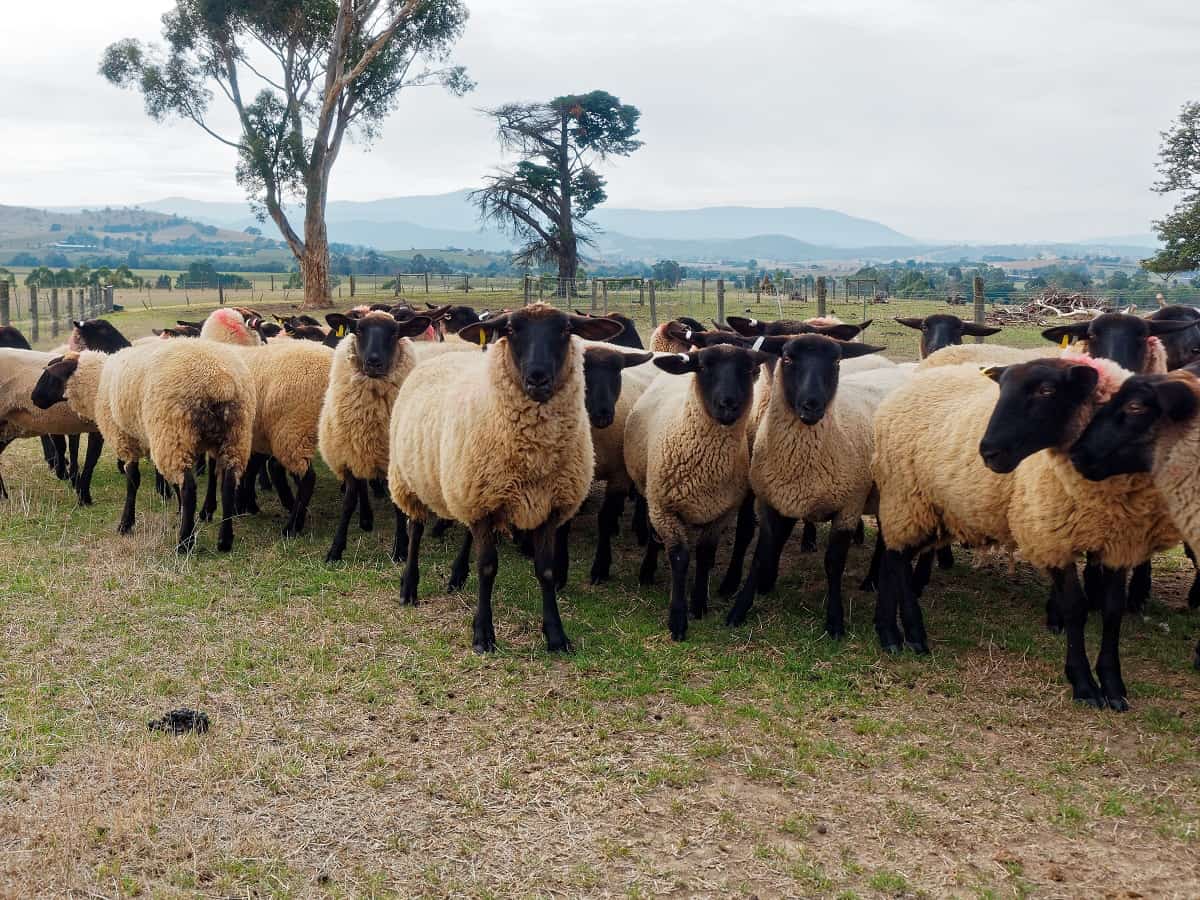 If you’re thinking about raising sheep, you’re likely going to find yourself with plenty of decisions to make.

Where will you house your sheep? Will they be raised primarily for meat, wool, or milk (or a combination of the 3)? How many sheep will you have?

Let’s not forget the most important question of them all – what kind of sheep will you raise?

Although they aren’t the most popular of all the sheep breeds out there, Dorper sheep are one of the breeds you may want to consider. Here’s what you need to know about this unique breed.

What is the Dorper Sheep Breed?

Dorper sheep are South African-bred, first developed as a combination of the Blackhead Persian and the Dorset Horn.

Unlike many other breeds of sheep, which were developed by farmers and shepherds to create a breed more suitable for their individual purposes, the Dorper was created as an effort of the South African Department of Agriculture to create a breed of meat sheep that would be more tolerable of the area’s dry climate.

The Dorper was first created in the 1930s. It quickly rose to popularity, with an official Dorper Sheep Breeders Society founded in 1950. The nomenclature is fun and unique – it is simply a combination of the names of the two parent breeds, “Dor”set and “Per”sian.

It goes without saying that the Dorper is one of the most popular sheep breeds in South Africa. However, this meat breed is now raised in many other places, too. A fast-growing sheep, it is easy to care for and has a very light mixed coat of hair and wool that it sheds early in the summer.

Raised to survive in the most arid climates of the year, it has one characteristic that is standard for the breed – a complete blackhead. However, there are White Dorper sheep, too, and these sheep have whiteheads. It’s a large breed (the second largest in South Africa, in fact), and is an excellent breeder.

Reasons to Raise a Dorper

Dorper sheep are unique in that they are primarily raised for mutton (rather than just lamb). Because they have a long breeding season, shepherds with a bit of experience are often able to have several rounds of lambing each year. This makes the Dorper breed one of the most economical when it comes to meat production.

Not only that, but these sheep gain weight at impressive rates. They can gain, on average, up to a quarter of a pound in weight per day.

They aren’t the largest sheep you will raise, but they have a great flavor. You’ll have the best results when raising Dorpers primarily on grass. Not only does this make the meat more flavorful and tender, but it’s also recommended for management purposes.

There’s no reason to raise Dorpers on grain. Not only will it cause them to get too fat, but it is not economical.

Dorper lambs grow quickly, reaching a high weaning weight with ease. Usually, they weigh around 80lbs by the time they reach 4 months of age.

There are some sheep breeds, like Icelandics, that are more or less seasonally limited. This means they can only breed during certain months of the year. Fortunately, that is not the case with Dorper sheep.

Dorper sheep, on the contrary, can lamb up to 3 times every 2 years, with each lambing interval lasting around 8 months. Dorpers are known for their good fertility and mothering instincts.

As I mentioned earlier, Dorper lambs reach maturity quickly, usually ready for market at around 4 months of age (though many producers will wait longer so that they can access that mutton-quality meat).

They not only put on weight faster, but Dorper sheep are also more efficient grazers. Dorpers prefer being raised on pasture rather than grain and therefore can also graze at a very early age.

They are some of the most precious lambs you can raise, too. Since Dorper lambs wean themselves earlier, this reduces your expenses as a shepherd since it is less efficient to feed a lactating ewe than it is to feed a non-lactating ewe and a lamb separately.

Dorper sheep are adapted to all kinds of grazing conditions and climates. Although they were originally developed for hot, dry areas, these sheep are now raised all over the world. They can find food and thrive in all kinds of range and feeding conditions, particularly when other sheep cannot.

They not only have a combination of hair and wool that is easy to care for in the summer months, but also very thick skin. This skin helps to protect Dorper sheep from extreme climatic conditions – both warm and cold – and is prized as a commodity in itself, too. In fact, Dorper skin is some of the most highly sought-after sheepskin in the world.

You can raise Dorper sheep on standard pasture, but they’ll also eat browse, not unlike goats. This means they can be raised on less-than-ideal plots to which other sheep breeds might turn up their nose.

Because Dorper sheep have a combination of hair and wool, it is not difficult to care for this breed. You can shear them if you’d like, but if you would prefer not to, the hair and wool will merely shed themselves at the end of each spring.

It’s important to note that not all Dorper sheep shed quite as well as others. If you’re interested in this characteristic in your flock, you may have to do some research to make sure it’s genetic that is present. Some generations and populations shed better than others but almost all Dorper sheep will shed around their head, legs, belly, and other high-need areas.

Drawbacks of the Dorper Sheep Breed

Although Dorper ewes are known for their ability to lamb several times per year and are not seasonally limited, they, unfortunately, tend to drop only one lamb at a time. These lambs tend to be healthy, self-sufficient, and fast-growing.

However, if you’re hoping to raise ewes that will drop twins, triplets, or even quadruplets each time they lamb, then this breed is not for you.

You do need to be careful about what you feed your Dorper sheep. They prefer to be raised on mostly roughage – avoid overdoing it on the grain. Whenever possible, you’ll produce higher quality meat if you’re able to raise your Dorpers on pasture or browse. Excess grain leads to fatty meat.

3. Not the Best for Wool or Milk

Although there are some hair sheep breeds that are prized for their fiber, this is not a trait that you’ll enjoy with the Dorper sheep. It can’t be spun, in most cases, although breeding Dorper sheep with woolier breeds can help you acquire this characteristic if you’d prefer.

However, the trade-off is that the leather from Dorper sheep tends to be of a much higher quality. It has a finer, tighter grain that you might get from a wool breed.

In addition, since Dorpers generally only produce one lamb at a time, they aren’t the best when it comes to milk production. You can certainly raise these sheep as dairy animals if you’d like but the milk production is better with breeds like East Friesians or Laucaunes.

Are Dorper Sheep Right for My Farm?

Although there is a misconception among sheep farmers that Dorper sheep can only be raised in warm, arid climates, that’s actually not true. In fact, many farmers in places as cold as New York claim that they successfully raise Dorpers in sub-zero temperatures. These sheep are hardy in most climates and are also excellent mutton producers.

While they aren’t the best choice if you want to raise sheep for milk or wool, they’re a smart option for meat producers. Consider raising a few Dorpers on your farm – they’re easy to raise on all kinds of pasture!