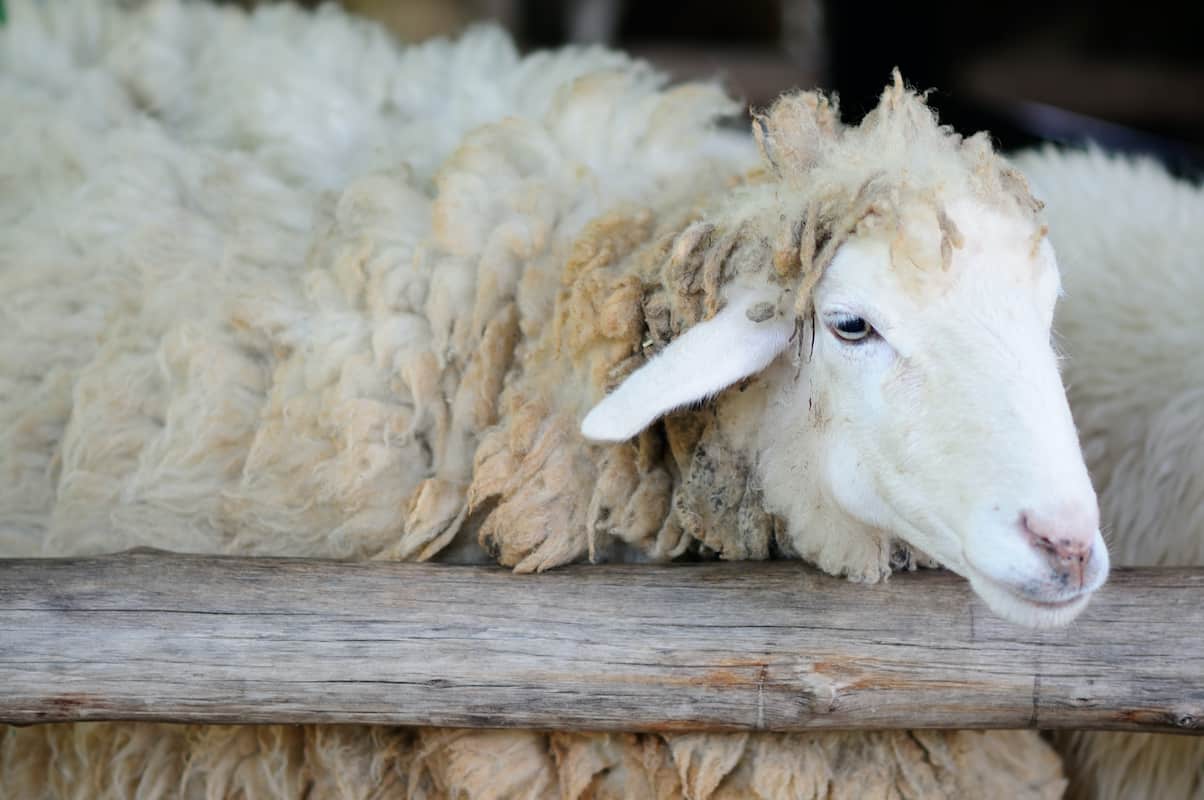 A few weeks ago, a farmer friend of ours incited a bit of panic when he mentioned that it wasn’t wise to multispecies graze our sheep and chickens together. When pressed for reasons why he cited concerns about coccidiosis.

This led to a flurry of research on our part – could our chickens give our sheep coccidiosis? We had never had an outbreak related to this parasitic organism on our farm, but what if our chickens did happen to get sick? Could they spread the disease to our sheep – and vice versa?

Luckily, we quickly learned that although coccidiosis is common in many kinds of species, the parasites are usually species-specific. Back to multi-species grazing once more!

However, if you are raising sheep (or any other kind of livestock, for that matter) it’s essential that you know what coccidiosis is – and how it can be both treated and prevented.

Coccidiosis is a parasitic disease that affects the intestinal tract of animals infected with coccidia protozoa. The disease can be spread from animal to animal via infected feces (as well as through the consumption of infected tissue – as you can imagine, this isn’t really a concern with sheep but could be with more predatory animals, like chickens).

Believe it or not, many, if not all, sheep will be infected with coccidiosis at any given time – but very few will actually show symptoms. Animals that are young or otherwise immunocompromised, though, may suffer from extremely severe symptoms or even death.

Even humans can get coccidiosis. Luckily, there is only one kind of coccidia – Toxoplasma gondii – that can make humans sick. This is also the only kind of coccidia that can spread among species (including humans, livestock, and birds).

There are dozens of coccidia species that can cause coccidiosis. These include the genera:

When it comes to sheep, the most common protozoan are those in the Eimeria genus.

Sheep can suffer from six species of Eimeria parasites: E. mitis, E. tenella, E. necatrix, E. brunetti, E. maxima, and E. acervulina. All of these live in and attack specific areas of the gut. Usually, the most commonly affected areas are the upper colon, the cecum, and the ileum.

These are all host-specific, so while they can affect all kinds of animals, including chickens and cattle, the type that affects cattle will not affect sheep.

The life cycle of these parasites is complex. The reproduction occurs primarily in the intestinal cells of the animal. Again, sheep with Eimeria parasites are usually asymptomatic.

Coccidiosis is almost always asymptomatic. However, there are certain conditions that can increase a sheep’s susceptibility to the parasites. These include extreme changes in the weather, poor or unclean living conditions, and stressful events.

What qualifies as a stressful event? Weaning, changes in feed, nutritional deficiencies, transportation, lactation, the presence of other parasites, and birth are all some examples.

You’ll almost always only notice symptoms of coccidiosis in large flocks of sheep that are overcrowded and overly stressed. Immunity tends to develop in a herd over time, so young sheep tend to be more likely to show symptoms than older ones, who are typically asymptomatic.

However, when problems do arise, you may notice symptoms such as:

Although it’s not as common with sheep, some animals might die before showing symptoms if they are exposed to a large volume of coccidia parasites in their environment.

Sheep that recover from coccidiosis may suffer from longer-lasting effects, such as decreased growth, unthriftiness, poor milk production, and a proclivity to other diseases.

Treating coccidiosis can be tough, but with the help of a veterinarian, not altogether impossible. It’s crucial that you work with a medical professional to combat this disease, though, because it can hang on quite stubbornly!

You can prevent coccidiosis with a medication known as a coccidiostat. You may have heard this term used before when describing treatments for chickens with coccidiosis. That’s because that treatment is the same across species (although you’ll need to use a species-specific administration to target the unique parasite).

In any case, you’ll want to use one of two medications – decoquinate or lasalocid. Many large commercial sheep operations use coccidiostats, but preventing medications aren’t typically necessary in smaller flocks.

You do not need to use these coccidiostats year-round. Instead, they only need to be used 30 days prior to lambing and 30 days prior to weaning. This will protect lambs who, due to their young age and the stress of these two events, are more susceptible to coccidiosis.

If you have sheep that are already infected, you will likely not have much luck with these medications. You can reduce the severity of an outbreak, however, with medications like toltrazuril and diclazuril. Moving your pastured lambs to a new pasture can also help control infection.

We have never used any kind of coccidiosis or medical intervention to prevent coccidiosis in our sheep or chickens on the farm. We rely instead on good animal husbandry to keep coccidiosis away, and thus far, have not had any problems.

The reality is that, in most cases, coccidiosis will not be a problem for you or your sheep. It is rare for coccidia to cause asymptomatic infections in well-cared-for flocks, particularly those that are small.

The best way to prevent coccidiosis is to create a clean, dry environment with as little stress as possible. When your ewes lamb, make sure the bedding is kept dry and that the ewe has a clean udder and clean teats to reduce the likelihood of a nursing lamb ingesting parasites.

You should also do your best to manage manure. If you can, bed animals deeply and rotate them out to fresh pasture regularly. Good pasture management is integral when you’re trying to keep all kinds of parasites, but especially coccidia, at bay.

Clean your feeders and waterers regularly and try to choose styles that will prevent your sheep from walking through them. This can cause them to become contaminated with feces.

What About Sheep and Goats?

If you are raising sheep and goats together, don’t worry – at one time, it was thought that the two species could transfer these parasites back and forth to one another, but that’s no longer the case. You can follow the same tips for treating and preventing coccidiosis in your goats, as the symptoms and outcomes are generally the same.

Luckily, when it comes to coccidiosis, sheep tend to develop immunity relatively quickly, and coccidiosis tends to only be a problem when the stocking density for a given plot of land or barnyard is particularly high.

Give your animals plenty of room to roam, and you can cross coccidiosis off your list of things to worry about!