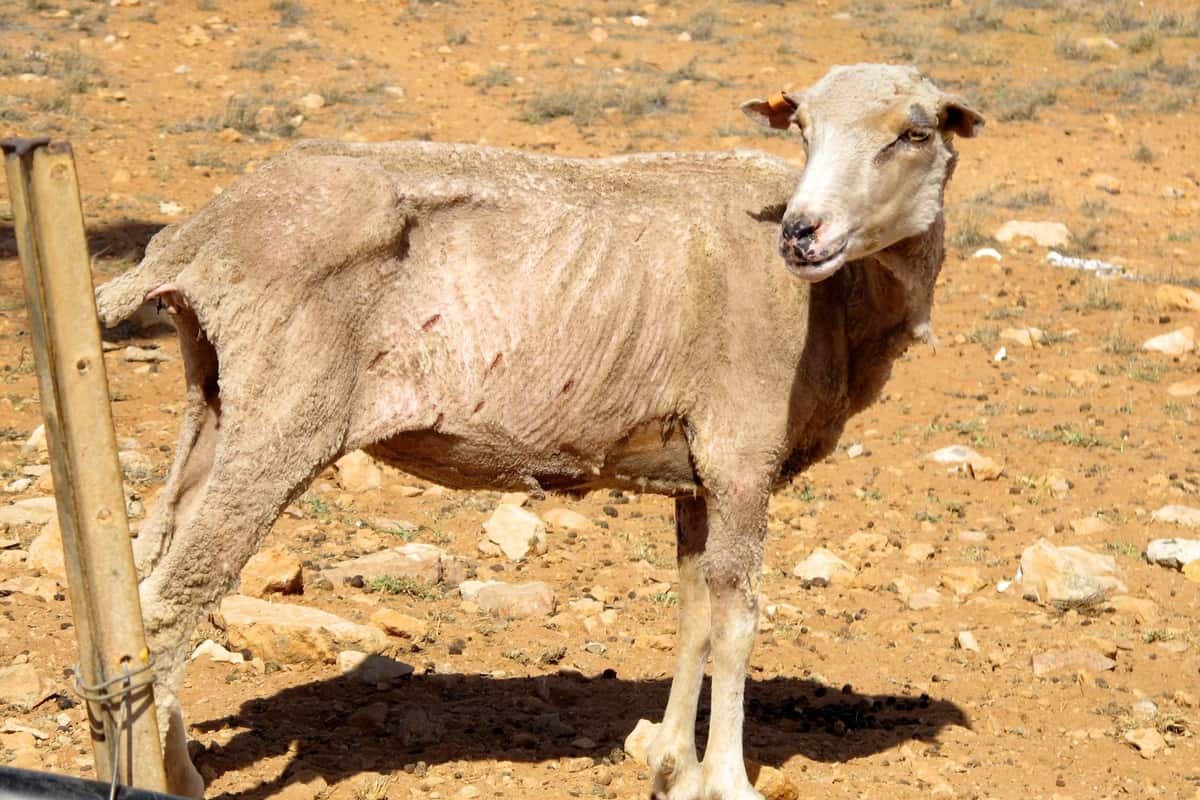 A few years ago, a friend of ours’ sheep died from a mysterious disease. Whenever my husband came home to tell me about it, he could never remember what it was called.

“James disease? Johnson’s disease?” For a while, the name was a bit of a joke between the two of us.

After discovering the extent of OJD (or Ovine Johne’s Disease), we realized that it was no laughing matter.

Our friend lost all of her animals because the disease is so infectious. She won’t be able to raise sheep for several more years until her pastures are cleared.

This dangerous disease is fortunately quite rare, but when it does occur, can be extremely serious. Here’s what you need to know.

OJD, or Johne’s disease, is a fatal disease of goats, sheep, and other ruminants, including deer, elk, cattle, and even bison.

It is a gastrointestinal disease that affects predominantly young animals, though older individuals can be affected, too. It is highly contagious, spreading through a flock of sheep rapidly.

Generally, it is spread via feces, with individuals becoming infected when they graze behind another infected individual.

However, it is also one of the few diseases that can also be transmitted across the placenta as well as through milk and colostrum of infected ewes.

There are several key symptoms of OJD to be on the lookout for.

One of the biggest challenges in treating this disease is that the vast majority of symptoms mimic those related to other diseases.

Chronic weight loss despite a good appetite and adequate feed intake is the most obvious sign of infection. Diarrhea can occur, though this is relatively rare in sheep and is more common in cattle.

It’s a wasting disease that can take many months to years to ultimately kill an animal.

Your sheep might not even show signs until he’s quite a bit older, shedding the bacteria in its feces and continuing to contaminate the environment and other animals.

Another reason that it can be hard to treat Johne’s disease is that the conditions look quite similar to internal parasite infestations.

Often, you’ll need a veterinarian’s diagnosis (usually at necropsy) to determine the cause of sickness to be Johne’s.

Since OJD is a chronic infection of the bowel, the most common symptoms have to do with weight loss. The lining of the bowel becomes thickened and reduces a sheep’s ability to absorb food. It will continue to eat and drink normally until it’s too weak to do so – you may notice it flanking the rest of the mob as it eats.

Again, most sheep do not show signs of illness for a very long time after being infected. They will spread the disease long before you are even aware that they have it.

The bacteria can survive for 12 months or more in favorable environments, like in pastures or wet areas of the farm.

How to Prevent OJD

Preventing OJD is vital, especially when you consider that there is no known cure for this disease (which I’ll address in a bit more detail below).

Here are a few tips.

If you are worried about Johne’s disease, the worst possible thing you can do is introduce more sheep to the flock.

When buying more sheep is absolutely necessary, only buy from herds or flocks that have been tested for the disease (ideally multiple times). Take a close look at the flock and examine the body condition of all adult animals.

If you’re buying young sheep – less than one-year-old – test the parent ewe instead. Young animals aren’t likely to test positive for Johne’s, since the bacteria are slow-growing.

It’s not just other sheep that you need to be careful about.

Watch carefully when introducing cattle or other ruminants, especially if the animals will be grazing on or near the same pastures. The bacteria doesn’t mind making the jump between different species.

Don’t volunteer to board other people’s animals or borrow them.

If you regularly bring a ram onto the farm to sire new lambs, it might make sense to skip this or find an alternative. This is a surefire way to introduce OJD to your herd.

There are vaccinations for OJD although, in some places, these can be difficult to find.

When available, vaccination is a good choice because it slows the shedding of bacteria from infected sheep and increases the overall amount of shedding that occurs.

Though it’s not a surefire solution, it can help decrease death rates and control OJD if any members of the flock are infected.

It can also prevent the introduction of OJD into an unaffected flock.

Sheep are generally vaccinated as lambs between 4-16 weeks of age (which is when they’re most likely to be exposed to the bacteria).

There are a few other steps you can take to reduce the likelihood of OJD, though none will boost your odds of preventing it quite as well as the vaccine.

If you think you have OJD, investigate and test immediately. Start vaccinating if you haven’t already.

Avoid feeding your sheep on the ground. Use automatic feeders or troughs to reduce their exposure to manure. Fence off low-lying areas or creeks where the water may be contaminated and avoid placing young sheep on pastures that were recently grazed by unvaccinated animals.

Sadly, there is no treatment for OJD. There is no cure. If one animal in your herd has this disease, you can’t do anything to get rid of it.

It is difficult to diagnose. In sheep, a bacterial culture of feces in live animals is rarely successful at identifying OJD.

The bacteria are slow-growing, taking up to 4 months to grow – a negative result doesn’t necessarily mean that your flock is free from OJD. It might just mean that the animal is in the early stages of the disease.

If you discover that a sheep in your flock has OJD, there is not anything you can do to save it. However, you can take steps to prevent it from contaminating the rest of the herd.

Once OJD has been introduced, you need to move your sheep to new pastures immediately. Even then, there is a strong likelihood that individuals who tested negative may test positive for OJD later on. The bacteria is spread easily through manure, contaminated waterways, and teats. It can survive for so many months that it is tough to completely eradicate it.

It’s safe to say that if one sheep has OJD, the rest have it, too. In some cases, it makes the most sense to humanely slaughter any sheep showing signs of OJD.

The most saddening part of OJD is that by the time you start to notice deaths and can confirm them to be from OJD, the disease is probably already well-established and it will take years to get things under control.

While you’re waiting for the bacteria to die back in the soil, clean up the contaminated pasture.

You can do this by resowing, rotating with other crops, or grazing with lambs that will be going straight to slaughter.

OJD isn’t harmful to humans – but for sheep, it is almost always fatal.

Stay on top of it by following the tips above – and hopefully, this rare disease will continue to remain unheard of in your flock.