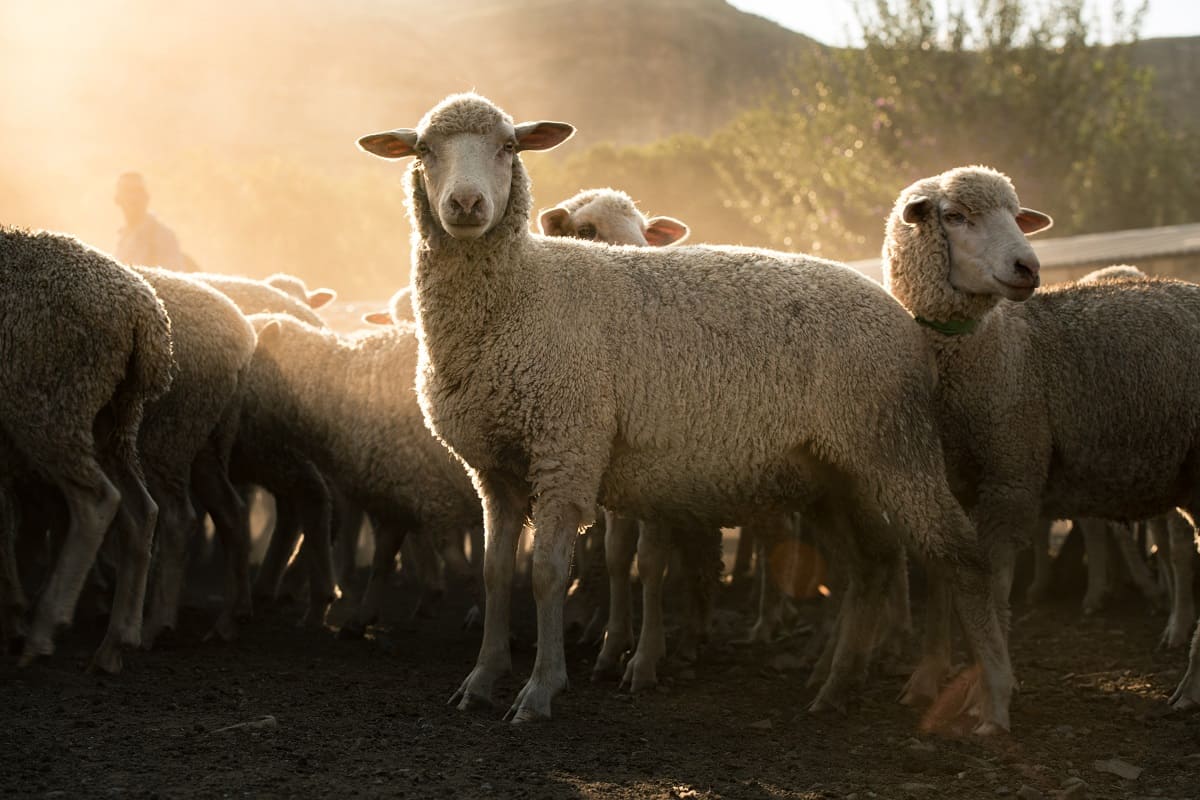 Looking for a new breed of sheep to raise on your farm? From the Icelandic sheep to the Dorset, you’ll have plenty of options to choose from.

One of the most popular breeds – and one that’s become particularly en vogue in the last few years – is the Merino.

The Merino sheep breed is known for its outstanding wool quality and although it has been around since the early 1100s, it has only recently risen to popularity as interest in more natural fabrics has increased.

Here’s everything you need to know about the Merino sheep breed so that you can decide if it is right for your farm.

What is the Merino Sheep Breed?

Merino sheep are known for their excellent quality of wool, which is some of the best in the world. It was first bred into existence in Spain near the beginning of the 12th century. A descendant of the Mouflon, a wild breed of sheep, it was later imported to Australia where it was refined through intensive selective breeding.

A medium-sized sheep, there are several different varieties for farmers to choose from. These include:

Merino sheep are known for having some of the softest, finest wool of all sheep. They can be found polled or horned, with horned rams having spiraling horns that grow close to their heads. They vary in terms of size and confirmation, with some having large skin folds that get smaller as they age.

Most Merinos are of medium size with white legs and face. Most have some wool that grows on their face, too.

Merino sheep have quite a storied history – and in fact, some historians disagree on the exact origins of this breed. Most agree that it probably originated and was improved in the Extremadura region of southwestern Spain, sometime in the early 1100-1200s.

However, its characteristic soft, fine wool was not developed until several centuries later through selective cross-breeding. It was also raised extensively in Morocco, and in Italy and Spain. This breed was known for grazing the southern plains in the winter and the northern highlands in the summer.

Genetic studies show that the Merino breed was probably created as the result of crossing churro ewes with multiple rams of other breeds, including Italian rams, English rams, and North African rams.

Its wool was widely exported to make clothing and other textile goods, with many Merino flocks owned by the church or the nobility.

The Merino sheep of the US were first introduced in 1802 in Vermont. They were sent to Australia in 1788.

Here are some of the best reasons to consider raising Merino sheep on your farm.

Merino sheep are some of the best wool producers you can raise. The wool is famously soft and fine, with staples about 2.6-3.9-inches long.

In fact, ultra-fine versions of this wool are so soft that they are often blended with other silky-smooth fabrics like cashmere and, of course, silk.

The fleece is dense and even, with each ram shearing about 25lbs of wool and females shearing up to 20lbs.

This breed is also known for its exceptional foraging abilities. It is very adaptable and hardy, something you’ll likely realize when you notice that these sheep are raised in climates as warm as Australia’s and as cold as Vermont’s.

The adaptability of your Merino sheep will vary depending on which type you decide to raise. Delaine sheep, for example, are adapted to range sheep production in the Western and Southwestern portions of the US.

Although Merino sheep don’t necessarily live longer than other kinds of sheep, they are much more productive for much longer.

Ewes often provide up to 12 years of good wool production.

If you are looking for a sheep that is easy to handle, the Merino is a great option for you, too.

These animals have been extensively domesticated and bred to be friendly toward people.

There are a few considerations to be made when raising Merinos on your farm.

Unfortunately, because Merino sheep have been bred primarily for their wool production, you will probably find that you need to shear them much more often than other breeds.

This is not a breed that can more or less take care of itself.

Twice a year shearing is essential not just for the quality of the wool but also for the welfare of the sheep.

2. Not the Best for Meat

Although some Merino sheep are raised for mutton such as the South African Mutton Merino, this is not a sheep breed you will want to raise just for meat. It is truly a wool breed and nothing else.

The carcass size is on the small side and the meat unremarkable in flavor. Ewes typically only weigh 120lbs at most, while rams might be 180lbs. Lambs, of course, are much smaller.

There is one particular controversy surrounding Merino sheep that is worth noting. Particularly in Australia, the practice of mulesing is common to reduce the likelihood of flystrike. Mulesing is the removal of strips of wool-bearing skin from around the rear end of a sheep. This lowers the likelihood of it growing wool, which can retain feces and urine and thus attract flies.

As you might imagine, this process is unpleasant and highly controversial.

There are fortunately other ways you can prevent flystrike in your Merino sheep, who tend to be more susceptible to flystrike because of their heavy wool.

Shearing several times per year is an obvious necessity. During periods in which flystrike might be more likely (such as warm, wet weather) you can go one step further and crutch your sheep.

This involves removing the wool (not the skin, as with mulesing, but just the wool) around the teats and back end.

How to Raise Merino Sheep

Raising Merino sheep is not unlike raising any other kind of sheep. They need a solid diet of hay, pasture, and occasional grain.

There are a few additional considerations you will need to make regarding shelter. Because these sheep are typically raised for wool production, you must keep them out of the elements as much as possible. This will ensure a better quality of fleece.

You should provide them with a barn or three-sided shelter to go into when the weather is foul. Try to keep them out of the rain as much as possible in the weeks and months leading up to shearing.

Are Merino Sheep Right For Me?

While Merino sheep might not be the best choice for everyone, if you’re looking to raise sheep for wool production, you won’t likely find a better option than the Merino.

You will indeed need to pay extra attention to caring for the wool and shearing, particularly if you want to avoid problems like flystrike. All in all, it is not a difficult breed to raise by any means.

Plus, there are so many benefits to raising Merino sheep!

This sheep breed is lively, hardy, and absolutely stunning. Plus, you can’t overlook the silky smooth wool produce, either!