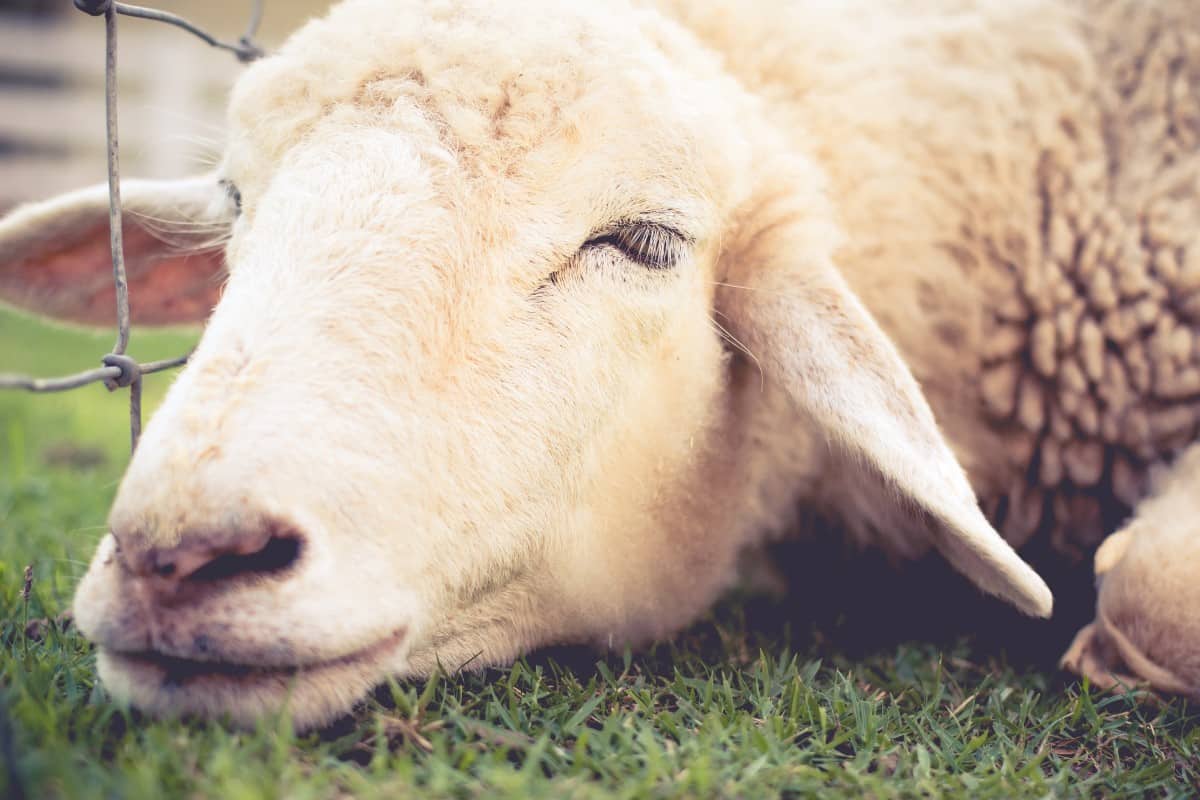 When it comes to raising livestock, minimizing stress is key.

As humans, we find a little bit of stress a good thing. Stress in small doses can encourage us to get our work done on time, to be more productive, and to become better people.

For animals, though, stress needs to be avoided at all costs. Not only can it lead to a decline in productivity, but stress can also be associated with diseases.

If you raise sheep for milk, wool, or meat, one of the most nefarious of all of sheep diseases is Pasteurella or Pasteurellosis. This is a bacterial disease that has a high mortality rate and can be difficult (and very expensive) to treat.

In this article, I’ll tell you everything you need to know about how to identify, prevent, and treat Pasteurella in your flock of homestead sheep.

Pasteurella is a devastating disease that can affect sheep of all ages and breeds. An extremely dangerous illness, it is usually associated with stress and can be caused by several different kinds of bacteria, including Pasteurella multocida, Bibersteinia trehalosi, and Mannheimia haemolytica.

Stress is usually the main weakening factor that allows Pasteurella-causing bacteria to set in. This disease rears its ugly head after stressful events such as transportation, the addition of new sheep to a flock, weaning, and castration.

The bacteria that are responsible for Pasteurella are normally found in the throat and tonsils of sheep, even healthy sheep.

When your sheep become stressed, however, these bacteria multiply rapidly and the immune system of your sheep becomes suppressed. It can lead to septicemia or pneumonia, killing sheep quickly if left unaddressed.

It is most common in sheep that are of weaning age (around 3 months or so) since this is when colostrum has run out and provides less protective immunity. Not only that, but the immune system and lungs of sheep aren’t believed to be fully developed until around 12 months of age.

Signs of Pasteurella in Sheep

There are several signs that Pasteurella has set in among your flock.

One of these is septicemia. This condition is probably one of the worst symptoms of Pasteurella.

Usually, you won’t know until it’s too late, as most people realize that their sheep have septicemia only when they find them down or dead. There typically isn’t much that you can do to treat it if you do happen to detect it earlier on, anyway.

Pneumonia is another common secondary infection related to Pasteurella. Pneumonia is extremely common, causing mortality as high as 25% in infected flocks.

Both of these “secondary diseases” of Pasteurella can be identified by the following symptoms:

It can be challenging to differentiate Pasteurella from other kinds of diseases. Normally, a veterinarian must examine an animal to determine that’s what it is – laboratory testing is often required, as is a unique procedure called lung washing.

Even these tests aren’t always 100% reliable. Often, confirmation of Pasteurella is only found post-mortem. Infected lungs are heavy, purple, and swollen. In some cases, they may contain blood-stained froth in the airways.

Pasteurella is most common in very young lambs but also occurs in weaned lambs aged 4-10 months. Adults are also at risk, though slightly less so. The onset of the disease is most likely between August and December.

How to Treat Pasteurella

Unfortunately, treatments for Pasteurella are limited. In a moment, I’ll detail some of the best preventative steps you can take to guard against Pasteurella. As with most diseases, prevention is far easier and more cost-effective than a cure.

In limited situations, you may be able to treat infected sheep with antimicrobials or anti-inflammatory drugs. An example is oxytetracycline. These medications usually need to be started sooner rather than later but can only be administered under the supervision of a veterinarian, as bacteria can quickly become resistant to many antimicrobial agents.

Limiting stress at all times is a vital step you should take in preventing Pasteurella. However, it is most essential during particularly invasive periods, such as when sheep are being weaned or castrated.

While these events, of course, cannot be avoided, you can reduce stress by weaning slowly and gradually rather than abruptly (this can also prevent mastitis).

Only allow individuals who have been well-trained to castrate the sheep and use well-maintained equipment. Keep animals well-fed and hydrated during these times and allow animals to settle after being handled.

Keeping things clean and tidy is, hands-down, the best way to prevent Pasteurella along with dozens of other diseases in sheep and other livestock. Hygiene goes a long way!

When your sheep are kept on dirty bedding, you’ll find that the air quality is diminished and irritant dust and gases will weaken their respiratory systems. The more crowded your sheep are, the greater the likelihood of bacterial spread, too.

Keep your animals on pasture whenever possible and rotate those pastures frequently, particularly during periods of high humidity. High humidity makes it much more likely that diseases will spread. In indoor housing, make sure you change bedding frequently so it never becomes overly wet or soiled.

Ensure that housing has good ventilation and drainage and make sure your sheep are well-fed.

The tricky thing about Pasteurella bacteria is that all sheep carry it, but it’s the youngest sheep who tend to be most susceptible. If you can swing it, try to avoid mixing sheep of different ages to prevent the transmission of illnesses from older to younger sheep. This can also help minimize stress, as it reduces the likelihood of infighting and competition.

Of course, this isn’t a practical solution for many sheep farmers, so don’t stress if it doesn’t make your list of options. There are plenty of other steps you can take to reduce the spread of disease.

When introducing new sheep to the flock, make sure you isolate new arrivals for around 30 days. This will help you make sure they are all in good health before you bring new members into the flock.

There are lots of reasons why you should encourage young lambs to nurse early and often. It’s essential for their survival and also ensures that they will be able to access colostrum, the first milk that is high in antibodies and nutrients.

Make sure your lambs nurse and are nursing well in the first few hours of life. If they aren’t, you’ll need to supplement with colostrum and milk replacer immediately.

There are some vaccines you can use to protect against Pasteurella, but it can be tough to find the right one. This disease is complex and caused by several types of bacteria, so consult with your veterinarian to find which one is right for you. Some of the most common vaccines include Heptavac P Plus, Ovivac P Plus, and Ovipast Plus.

Several vaccines against Pasteurella also protect against other clostridial diseases, too.

If you are going to vaccinate your flock, the best time to do so is early on in their lives. It should be done from about 3 weeks of age or older but again, you’ll be best served by checking with your veterinarian about the right time for your needs.

You may also have to administer a booster or second dose about 4-6 weeks after the initial vaccination, so plan accordingly. You may even require a third shot when the risk heightens in the late summer or early fall.

Ensure the Health of Your Flock

The best way to prevent Pasteurella is to practice good shepherding techniques. Move your flock to fresh pasture frequently and house indoors only when necessary. When you do bring your animals inside, make sure the conditions are clean and hygienic.

These tips will help prevent Pasteurella and a long list of other diseases. Plus, they’re easy to implement – so there’s no reason not to stay on top of things! With a bit of vigilance, you can easily keep your flock healthy and thriving.