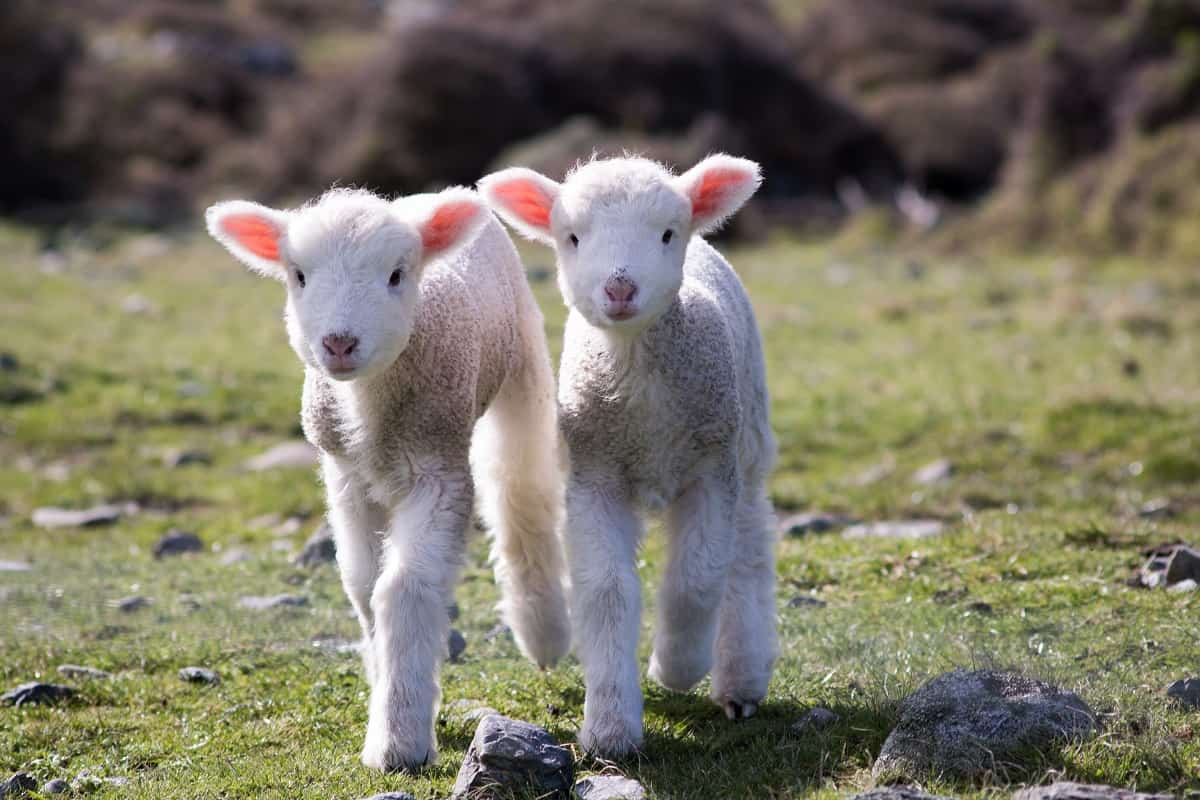 Banding sheep for castration is a common practice that just about any farmer who raises sheep for meat, milk, or wool will need to do.

It is most common in sheep raised for meat since the testosterone produced by intact males can lead to an off-flavor in the meat.

This is a practice that you might be nervous to try. Of course, this is an understandable concern given how serious the outcomes can be.

However, once you’ve done it for a couple of seasons, it will no longer be daunting. Instead, it will just become a regular part of your annual sheep maintenance chores.

Here’s some more information on how (and why) you might band sheep for castration.

What Does it Mean to Band Sheep?

Typically, banding refers to the castration process that is meant to stop male lambs from becoming sexually mature rams.

Occasionally, this term can also be used in reference to tail docking. The same types of bands can be used for castration as they can for tail docking, so the term is often used interchangeably.

Most people will use rubber rings to band their sheep. With this technique, you will use an expander tool to stretch the tight rings open. These are then slid over the scrotum (or tail, if you’re docking a tail with the tool).

When you release the handle on the tool, the ring squeezes the arteries tightly shut. The scrotum (or tail) drops off in a week or two.

It takes a few minutes to use the ring banding tool on a sheep. At the moment, this can cause a bit of stress.

However, any pain caused by the band, in total, lasts less than 30 minutes. This is true as long as you are working with young lambs with less developed nervous systems (less than a week old).

Banding isn’t the only way you can castrate sheep. However, it’s the go-to for many farmers because it is less intensive. One alternative is emasculatome. This method uses a clamp to crush the spermatic cords.

Since it does not cut the skin on the scrotum, there is no blood or open wound (and therefore, there is no risk of flystrike).

After the cords have been crushed, the testicles dry up and the scrotum shrinks. However, it can be challenging to make sure you are crushing the right cords and can be painful if not done correctly.

A variation on this technique is to use a side crusher emasculatome.

This has a unique design that is ideal for smaller lambs since you are accessing the side of the scrotum to crush the cord.

A final alternative to banding is by using a double crush tail docker. This crushes the arteries and serves them cleanly. There can be bleeding but the likelihood of serious bleeding is low. It only works on young lambs up to 70 days old.

Surgical castration is generally viewed as the most painful method of castration for lambs, even when anesthesia is used. It also leads to the greatest levels of stress and the best chance for infection and flystrike. Therefore, banding is usually regarded as the safest, most ethical way to castrate sheep.

Castration might seem cruel, but it’s one of the most common procedures carried out on sheep. It is an Animal Welfare Approved practice as long as other management techniques are not an option as an alternative.

Make sure you use rubber bands specified for this purpose and not any others to make sure your animals don’t suffer.

Most people ban meat sheep to improve the quality of the meat produced by ram lambs.

The jury is still out on whether the meat quality is impacted or whether this is a common myth. Some studies have shown that no taint was found in lambs that were kept to around a year of age.

It all depends on what your management goals are.

Castrating can slow growth yet since rams can’t be castrated later on, it’s a task that needs to be done earlier in a lamb’s life rather than later.

Some people argue that it is more difficult to remove the pelt from a ram lamb that has started to develop secondary sex characteristics.

Another issue that leads many farmers to castrate their rams is a management one. Intact rams tend to be more aggressive both to other rams as well as to people. This can cause serious issues when it comes time for veterinary care or other handling tasks.

Unwanted breeding is another concern if you aren’t worried about meat quality. This might be because you are raising wool or milk sheep – you might be tempted to not castrate.

That’s fine – and it saves your sheep some stress and you some work – but you must take the time to separate your rams and ewes.

Otherwise, you could find yourself with unexpected pregnancies that you did not plan for.

How to Band Sheep

You should plan on banding sheep when they are between 1-7 days of age.

You will need to purchase a specialized tool known as an elastrator (or ring extender) tool along with rubber rings or bands that are marketed specifically for this purpose.

Some veterinarians recommend using lidocaine to reduce the pain felt by the lamb but this is not a product available for over-the-counter purchase.

Place the band above the testicles, around the neck of the lamb’s scrotum. Use the tool to slide the ring carefully over the testicles, taking care not to place it over the rudimentary teats. This can cause major pain and disinfection.

Check, after securing the band, that no teats are stuck inside the band but that both testicles are positioned firmly inside the confines of the band. Other testicles need to be below the band.

If you miss one, it will be retained within the belly cavity of the lamb, leading to what’s called a “bucky” lamb with male characteristics.

Within a week or two, the testicles and scrotum should shrivel up and fall off – after all, they no longer have a blood supply.

When to Band Sheep

A major problem when castrating rams is doing it on older lambs. This is ill-advised for several reasons.

For one, the scrotum will have increased in size enough so that it is difficult to get the band around it. Since the scrotum is larger, banding at an older age can also lead to chronic inflammation, sepsis, and pain. You run a greater risk of infection if you wait until a sheep is older.

Therefore, you should aim to band your sheep when they are at least 24 hours old but no more than a week old.

Wait until the lambs have formed a secure bond with their mothers. Taking them away sooner than this can interfere with the bonding and nursing processes.

Potential Hazards of Banding Sheep and Avoiding Them

The biggest hazard when it comes to banding sheep is the risk of infection. The best way to protect your rams is to administer the CDT vaccine.

You can vaccinate the ewe before she lambs – this will confer some immunity to the ram lambs. Do this about 3 weeks before lambing. If you aren’t sure whether the ewe was vaccinated or you know that she wasn’t, you can vaccinate right before you band. Then, give a booster at about 5-6 weeks of age.

Of course, getting the timing (remember – 1-7 days after birth) and technique of banding correct are important for reducing the risk of infection or other hazards, too.

Banding sheep might not always be the most pleasant task. However, it’s necessary if you want to maintain a healthy, productive group of sheep. Follow the tips provided to you above – and you can carry out this basic flock management task with ease.