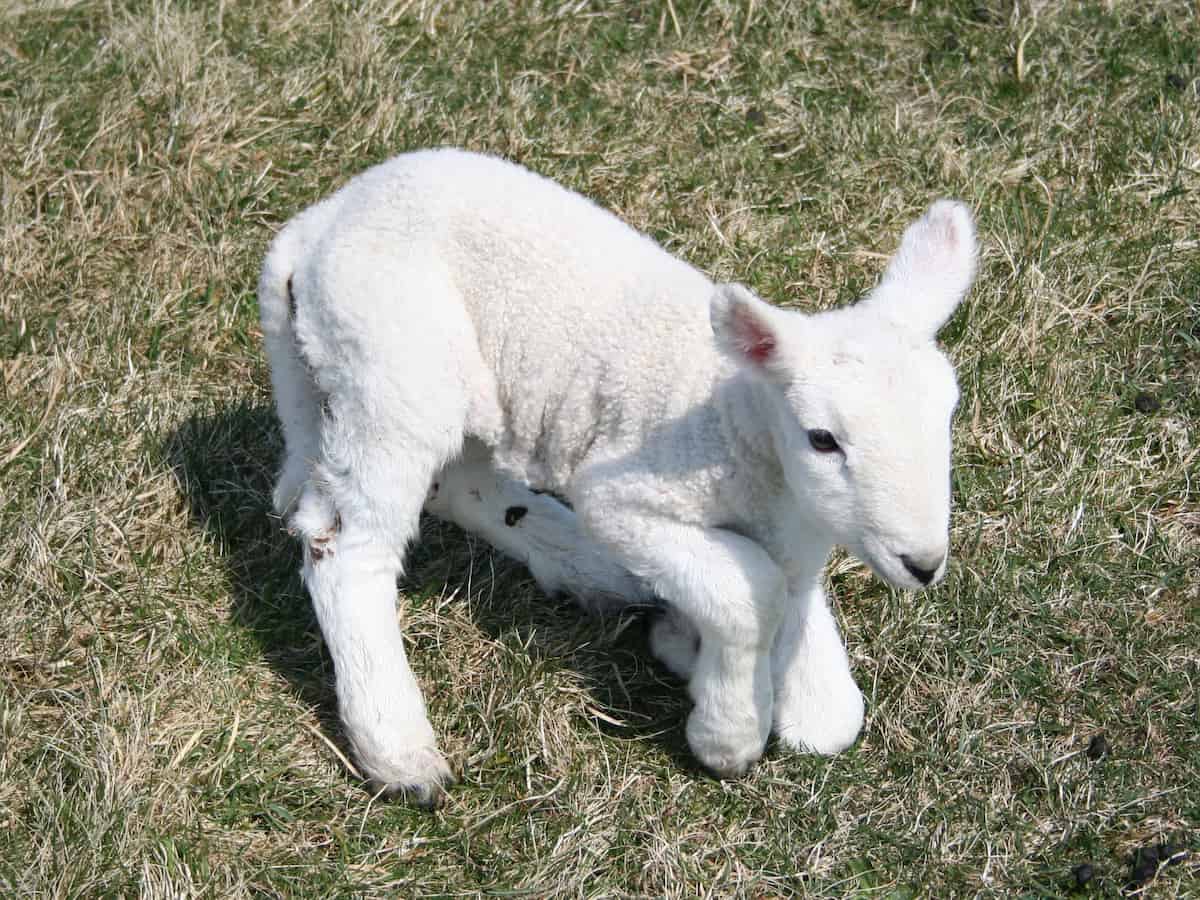 This year, a peculiar and unfortunate incident occurred on our farm. In fact, it was an incident that repeated itself twice.

A couple of days after being born, two lambs died – for no explicable reason. They had been up and moving around, were nursing, and showed no sign of disease. When they died, they didn’t have any obvious injuries – or anything visibly wrong with them.

What they did have in common was that they both had seizures right before they died.

We were not only deeply saddened by the loss of two healthy, cuddly little lambs, but also mystified as to what had gone wrong. A bit of research gave us our answer. Hopefully, it can help you out as you begin raising sheep and lambs, too.

White muscle disease is a common problem on sheep farms, especially those in the United States. Luckily, it’s easy to prevent if you know what to look for and what to do.

What is White Muscle Disease?

Unfortunately, there are certain parts of the United States that are naturally low in selenium levels. If you are feeding animals on these pastures, you are more likely to have a selenium deficiency.

Vitamin E deficiency is a bit less common and is not directly linked to soil quality. It is, however, tied to forage quality.

When you feed sheep lots of fresh legumes and pasture, the animals will get all the vitamin E they need. It doesn’t hold up as well in stored feeds, though, which lose up to 50% of their vitamin E in a month.

Selenium in particular is essential for sheep. It works to repair and prevent cell damage in the body.

Sadly, white muscle disease is not exclusive to one breed of goat or sheep, and it tends to be much more common in newborn animals as well as those who are growing rapidly.

What Are the Symptoms?

White muscle disease can present itself in several ways. Your lambs may appear to have obvious muscular defects, such as an inability to stand or obvious pain when they walk. They might even appear to be in pain when they are able to stand.

Another symptom of white muscle disease is a lamb that shakes with pain when you try to hold it in a standing position or those that have a seemingly stiff gait.

The most obvious sign of white muscle disease – and what sets this disease apart from other ailments – is that your lambs will appear to be healthy, bright, and vibrant, with completely normal appetites. Then they will suddenly stop being able to nurse.

Sometimes, newborns are born weak and just can’t get on their feet, while other times, this disease sets in when lambs become more active and start getting more exercise.

White muscle disease generally doesn’t present in full force until your lambs are three to eight weeks old, but it can also be present at birth and cause scours and acute pneumonia. Affected lambs are less likely to eat and often die from exposure as a result.

One telltale sign that it is white muscle disease (and not something else) affecting your lambs is that your lambs’ backs will be extremely arched. Their hind legs will be particularly affected and they’ll appear to have an open-shouldered appearance. Some lambs simply die of heart failure without any other symptoms.

You may find that your breeding ewes are more likely to deliver weak lambs. They are also more susceptible to infertility, abortions, stillbirths, pneumonia, fever, and more. It can also cause reduced wool production and poor immune response.

The latter factor is one of the reasons why white muscle disease is so difficult to address. Often, it presents with other symptoms not listed in this article because your ewes’ weakened immunity has caused them to fall ill from another disease, too.

How to Prevent White Muscle Disease

Selenium deficiency is much more common in wet areas that receive a lot of rainfall.

Vitamin E deficiency is associated with feeding sheep for long periods (two months or more) with dry hay, feed, and grain with little access to green feed. Again, in many places, this is unavoidable – but easy to prevent and treat with proper supplementation.

White muscle disease is also more common in ewes (and lambs of ewes) who were fed lots of alfalfa hay.

All of these conditions were true for our sheep. After all, they lambed during a wet spring after being fed hay all winter long.

Consider having your soil tested for selenium deficiency, but know that in all likelihood, it probably is. Nine times out of ten, vitamin E deficiency is also going to present an issue. After all, there aren’t that many places in the United States where a flock of sheep can be raised on fresh green pasture year-round. Almost every farm has at least a partial reliance on stored feed.

Acidic soils tend to be deficient in selenium, as do those that receive more than 410 millimeters of rainfall a year. Pastures that are dominant in legumes or those that have been heavily treated with sulfur or superphosphate fertilizers are more likely to be deficient, too.

As the old saying goes “Prevention is better than cure.” Preventative measures are much more effective when it comes to treating white muscle disease. You will want to use a vaccine with selenium to pregnant ewes about four to six weeks before they lamb. This lasts for up to eight weeks and will pass on to the lambs. You can also use a selenium fertilizer for pastures or feed mineral supplements with selenium to your flock, too.

Both selenium and vitamin E are only stored in the liver for a short period of time, so it’s essential that you provide a continual supplement of both of these diseases. Lambs are particularly vulnerable when they are born to selenium-deficient ewes.

How to Treat White Muscle Disease

If you’re able to catch white muscle disease early on, you can treat it by supplementing with vitamin E and selenium. If you’re not, however, the muscle damage and related heart damage can often be permanent.

You may have to get a prescription from a veterinarian in order to treat your flock. Do not provide more than 0.7 milligrams of selenium per sheep per day.

This is best done early on, but you can also inject selenium in a pinch. If you know your flock is selenium deficient, inject all ewes about one to four weeks before lambing.

Treatment in an Emergency

If white muscle disease is diagnosed in one sheep, all lambs need to be treated as a prophylactic measure at birth. BO-SE is a common drug used to prevent and treat selenium deficiency in ewes and lambs. It can also be used for cattle, goats, swine, and other large animals, too.

If your lambs show signs of white muscle disease, you can drench or inject with selenium. You have to be careful about overdosing lambs. This can be fatal at a dose of more than one milligram per kilogram of live weight. Consult with your vet for the proper dosage.

If Vitamin E is the issue, you should add a vitamin E powder to grain or drench weakened sheep with a vitamin E drench.

Should I Worry About White Muscle Disease in My Flock?

If you raise sheep, white muscle disease isn’t necessarily something you need to worry about – but it is something you should know about it and plan accordingly. It’s easy to prevent and treat as long as you know what signs to look for.

Do keep in mind, though, that there are several diseases and injuries that present similar symptoms as white muscle disease (such as weaner ill thrift and lameness).

Make sure you do your research to rule out other issues, too, although providing selenium to your flock as a preventive measure rarely does any harm.

Hopefully, by taking these steps, your lambs and ewes will stay healthy, happy, and productive!