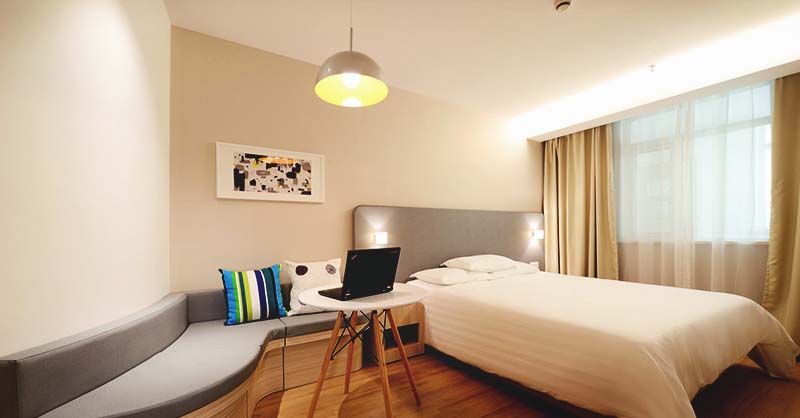 They don’t have to be a damp dungeon used to store old junk. In fact, a basement remodel can reclaim a lovely space for you or your family to enjoy, with only a small investment.

We live in a small home and our basement is where two of our bedrooms are. Recently, we ripped the entire basement out and turned it into a multi-purpose bedroom.

The entire basement remodel cost approximately $700, and it has become a great space for our kids to sleep, relax, and hang out.

Here’s how we were able to complete our basement remodel on the cheap:

I’m going to touch on an obvious point before we kick-off this bargain fest, but it’s important. Make sure what you’re doing with your remodel is safe.

We ripped out our basement because we were developing water issues. When we started deconstructing the basement it was obvious why the water was making its way indoors.

The blocks weren’t sealed, and we found huge safety issues in the two bedrooms. If you don’t know how to do electrical work, spend the money to have someone qualified install your lighting safely.

If you aren’t good with painting in high places, hire it done. A few dollars saved isn’t worth endangering your life or anyone who will inhabit the space.

Lastly, if you’re creating basement bedrooms, make them legal bedrooms. Safety is of the utmost importance. Take it into consideration with every step of this process.

We decided to go with a multi-purpose bedroom because our basement is small. The two original bedrooms weren’t done well when they were put in, and the kids didn’t have enough room.

By opening the space, it gave them a studio type bedroom consisting of sleeping quarters, a large walk-in closet, a gaming space, a LEGO space, and room for toys and books.

This all came together in one area while still giving them their own privacy when needed. Did I mention I was also able to expand my basement pantry? The whole space functions a ton better.

But when remodeling an entire floor of your home, flooring cost can add up quickly. Which is why I didn’t change the type of flooring we had.

The basement originally had basic concrete floors. We painted the concrete with garage paint and allowed it to dry.

When finished, the kids took small paint samples and flicked different colors of paint onto the floor with paint sticks.

Again, we let it dry and coated it with epoxy to give the floor some shine and keep the paint from chipping in the future.

When painting during a basement remodel there is a process which must be followed. If your basement walls aren’t sealed, this must happen.

If not, your basement will develop water issues. I’m speaking from experience. The previous owners put in basement bedrooms and drywalled over the concrete walls without sealing them.

There was nothing to stop the water from seeping through the block walls behind the drywall. When the walls have been sealed, be sure to choose brighter colors to paint them. This will brighten up the space.

This is why we chose to paint our basement mainly white. The sealant for the block walls comes in white, and it’s an obviously airy color. This allowed us to save on extra paint and allow the sealant to both seal and add color to the block walls.

The walls we did apply drywall to were painted with a white primer because it was less expensive than traditional paint and gave a crisp white color to the drywall.

We saved approximately $50 by using these options.

However, I did want some color contrast in the space. I chose to use an accent wall, but I browsed the miss-tint paint section. Instead of paying $35 per gallon of paint, I bought two gallons of paint for under $20.

Unless you have a firm vision in your mind for what you want to do, browse the bargain section and see if any colors will fit your taste.

4. Make the Space Work For You

The most important thing to consider when remodeling your basement is that it must work well.

This was the original problem with our basement. Nothing about it functioned. We had a random hallway to the right of the stairwell which wasn’t being used, two bedrooms which were too small to be comfortable, and open space in the middle of the basement which wasn’t big enough to do much with.

It took us over a year to decide on a layout which would work for our family. We loved the look of built-in beds because it provides each child with their own privacy and sleeping quarters.

Yet, we knew the space had to have room for gaming systems and LEGOs because this is what is important to our kids.

Perhaps the coolest feature is there’s one central television in the space for gaming, but each child has their own television with wireless headphones which hangs in their sleeping space.

The biggest requirement of mine was for the kids to have a large walk-in closet. This gives adequate storage for clothing, an area for changing clothes in private, and gives them adequate shoe storage.

When remodeling your basement, consider what you’re doing and make sure it will operate well.

5. Spend Money Where It Counts

There are some things in DIY projects you’ll scrimp on. Our instance was using discount paint and primer in the place of traditional white paint.

Yet, it’s important to make sure you spend money where it counts to you. I scrimped, found alternatives, and reused as much as I could.

But when it came to the window in the basement, I wanted nice blinds. I know, it sounds weird, but it had a way of brightening up the space even more and making it look finished.

Maybe you want a specific comforter set for the beds, certain furniture, or decorative rugs. Whatever it is, make sure you incorporate what you want because these are the items which will mean the most to you and make a DIY project look expensive when it really isn’t.

6. Reuse What You Have

If you’re remodeling your basement on a budget, reuse as much as you can. Our kids had nice beds which were only a few years old.

There was no reason to toss them because we wanted built-in beds. Instead, we built the wall so that the beds would be tucked neatly in their space.

This allowed us to use the same beds and shave some expense off the project.

My husband was at work one day and one of his company’s clients had nice plastic chairs they were getting rid of.

The chairs had rubber bottoms, were comfortable, and brightly colored. They were perfect for us. We gladly took them and used them as gaming chairs for our remodel.

We used our previous toy shelves, dressers, and anything else we could use for storage and organizations which we already had to save money.

Put what you have to good use before buying anything else unless it’s a special request mentioned in the previous step.

Many people will finish their basement ceilings when finishing out their basement. This adds expense, and if your plumbing is in the ceiling, you must remove it if you have a problem.

Some people will do drops ceilings, but if you have low ceilings, this will only make them lower. What can you do which is cost-effective, functional, but will still look good?

You have two options. The first option is to remove any insulation from the ceiling and spray paint the entire thing one color. Most people go with white or black for an industrial look.

I almost did this, but we need insulation because we use every inch of our house. Without insulation, there would be no privacy for anyone in our home.

Needless to say, the insulation stayed, but I didn’t want the kids to have an ugly ceiling. Instead, we covered the ceiling in white fabric.

This gave a finished look without losing the insulation or adding cost to the remodel.

Most basements have support beams. My kids like to swing around them and act as though they’re large toys.

However, you may not want the beams sitting out in the middle of your space if you’re putting in the time and effort to finish your basement.

Instead, you can either paint the poles white or black to fit a little easier, or you could place wood around the poles.

When you do this, it gives them the appearance of columns. This will add a nice touch to your finished basement without adding a great deal of expense to your budget.

Lighting is important in a basement remodeling because, without it, your basement will look like a dungeon.

Make sure you add enough lighting to shine light on even the darkest of corners. You can do this easily with DIY lights.

It can be as simple as using a mason jar to cover a cheap light, or you could go all out and add lots of style with your own version of lighting for your basement.

Whichever way you decide to approach it, make sure there’s enough light to go around because this can make all the difference in your new basement.

You now have nine aspects to consider when you remodel your basement on a budget. The basement no longer needs to be a place for storage, seeking shelter in a storm, or for food storage. Instead, it is a large bright family room to relax or have fun.

However you go about your basement remodel, turn it into a usable space. You’ll be glad you did. 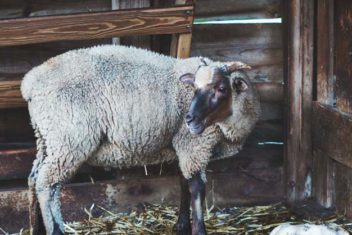 How to Build Barn Stalls as Simply and Inexpensively as Possible 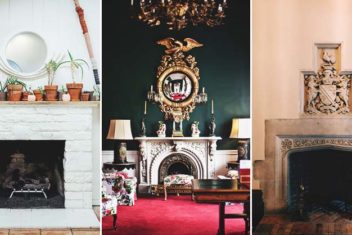 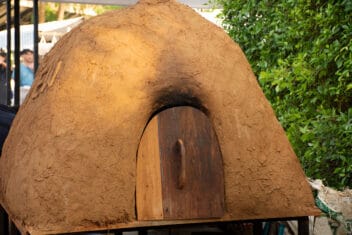 How to Build an Outdoor Cob Oven for Under $30 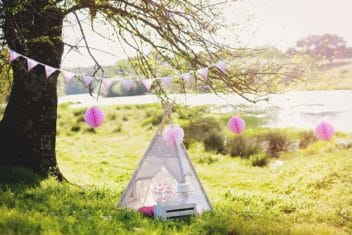 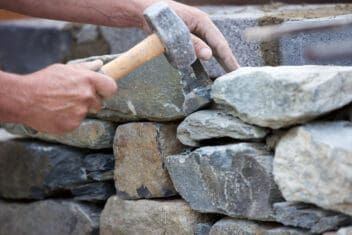 How to Save Money by Building with Local Stones 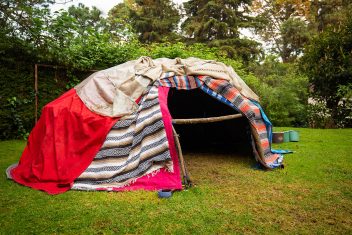 How To Build an Outdoor Sauna with Local Materials 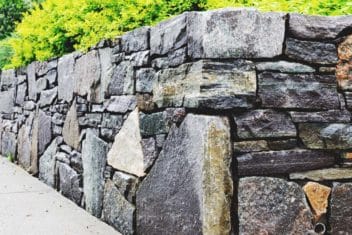 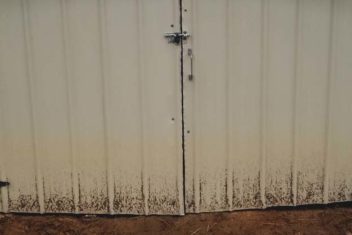 How to Build Inexpensive Metal Barn Doors in Only 8 Steps 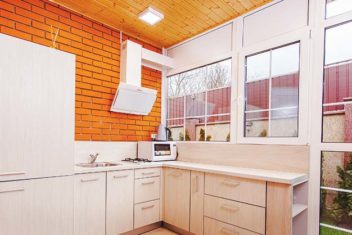 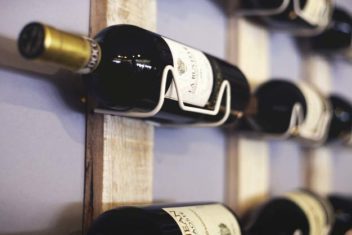 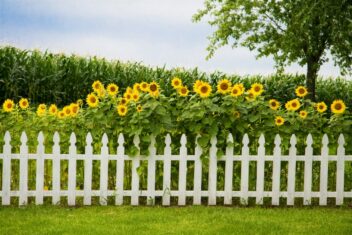 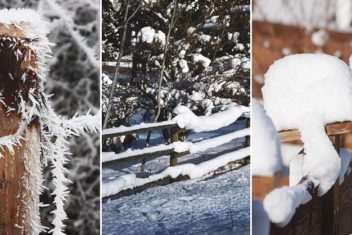 Snow Fence: What Is It, How to Utilize It, and How to Build It