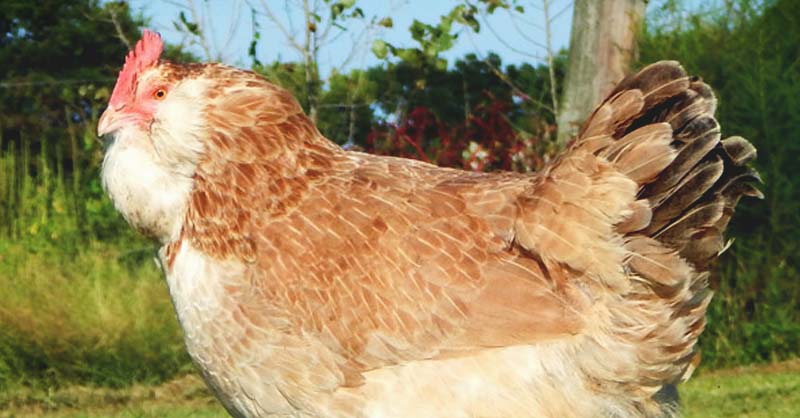 Despite the fact they were originally developed for egg laying in commercial production, Faverolles chickens are not a very common name in backyard flocks. The majority of people that raise Faverolles these days are raising them for ornamental and showing purposes.

However, these birds actually make a very good choice for chicken keepers interested in a good egg layer as well as for meat production. 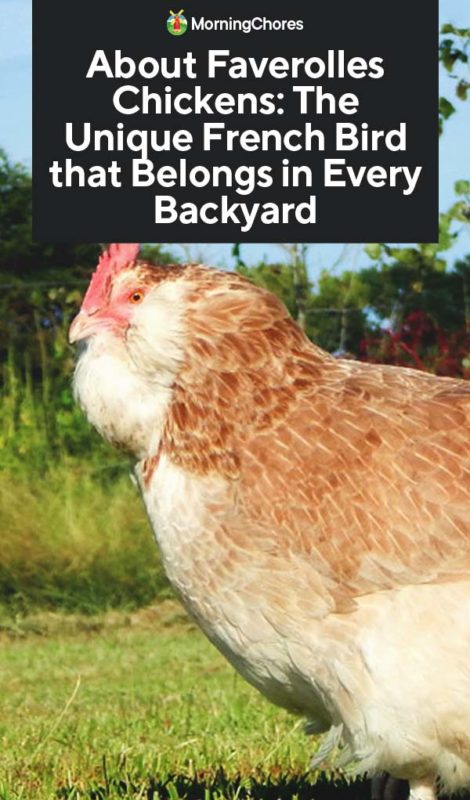 Around the 1860s, in a village southwest of Paris, France, Faverolles were created by crossing Brahmas, Dorkings, Flemish Cuckoos, French Rennes, Houdans and Malines.

The birds that resulted from these crosses were then carefully selected for their production qualities, resulting in the bird we know today as Faverolles. The best-known color varieties in the United States are the White and Salmon Faverolles.

White and Salmon Faverolles are also the only color variations to have been accepted into the American Standard of Perfection.

The other color varieties of Faverolles are black, blue, cuckoo, ermine, and splash. 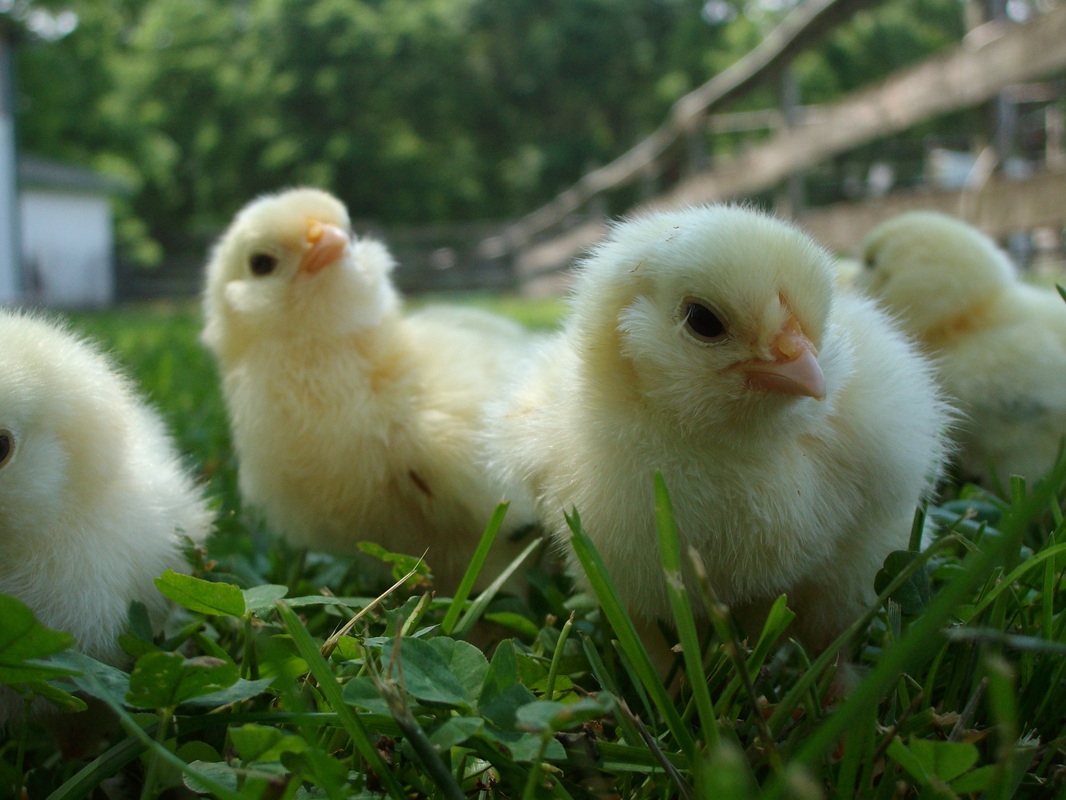 Faverolles are classified as a heavy breed chicken, with roosters weighing between 9 and 11 pounds, while hens weigh between 7.5 and 9.5 pounds.

In addition to their large size, Faverolles have some rather fluffy feathers, making them appear larger than they really are.

These birds are well known for their gentle and docile dispositions. Faverolles chickens are especially affectionate towards their caretakers and can make great pets for small children due to their sweet personalities.

Even Faverolle roosters are as gentle as can be, making fantastic head roosters for flocks around young people. Hens can frequently go broody and make wonderful and nurturing mothers.

Faverolles actually have very good production for such large birds. Laying about 240 eggs a year, these chickens aren’t slackers in the egg laying department.

These birds are producers of very nice meat due to their deep and compact bodies.

While many sources will say that Faverolles mature quickly, many Faverolle owners have found them to be slower maturing birds. Your birds may mature quickly and be ready for processing early, but don’t bank on this being the case. 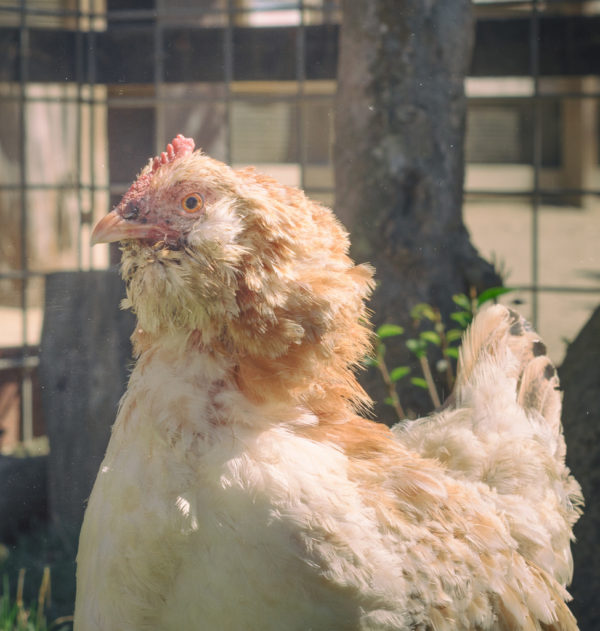 Faverolles are not incredibly needy when it comes to nutrition. As with any chicken, your Faverolles will need a good quality laying feed as the main part of their diet.

You will want to provide a free choice calcium supplement such as oyster shells so your hens can eat it as they need to.

For treats, high protein snacks such as oats, mealworms or scrambled eggs will make a nice treat a few times a week.

Faverolles were the leading bird for egg production in Paris due to the fact they do well in battery cages and close confinement.

It is good to always provide your birds with as much space as possible. However, if you live in an area where you can’t free range your birds, Faverolles will thrive in a chicken run.

Since Faverolles have rather dense muffs and beards, as well as feathered legs, these birds are especially prone to external parasites.

Routinely check your Faverolles for mites and lice and make sure you provide a good dust bathing area.

Prevention is key, and keeping a close eye on your birds will go a long way in avoiding these issues and catching them before they get worse.

Due to the somewhat intricate feather coloration and patterns on most Faverolles, they can be difficult to breed sometimes.

It may require a few generations to perfect what you’re after, but breeding Faverolles is a fun and rewarding process.

Few things beat seeing a feather legged and puffy faced chick emerge from a shell and bounce across the incubator.

Marans are also a breed of chicken that originated in France an have many similarities with Faverolles.

These chickens are also a dual purpose breed, as well as sporting feathered legs just like Faverolles.

If you’re looking for another bird that sports the comical muff and beard like a Faverolle, look no farther. Ameraucanas are rather similar in appearance to Faverolles as far as size and faces go. Ameraucanas are also dual-purpose breeds, rivaling Faverolles with both meat and egg production.

While most chickens walk about on feet with four toes, Faverolles decided to do a bit extra. These charming birds have five toes! Many chicken keepers can get a bit alarmed and think the extra toe is a birth defect, but it is indeed part of the breed’s standard.

Despite the fact Faverolles are not very common in backyard flocks, they are rather well suited for farm life. I’m sure you’ll enjoy having some of these fantastic, dual-purpose chickens about your barnyard or in your chicken pen.