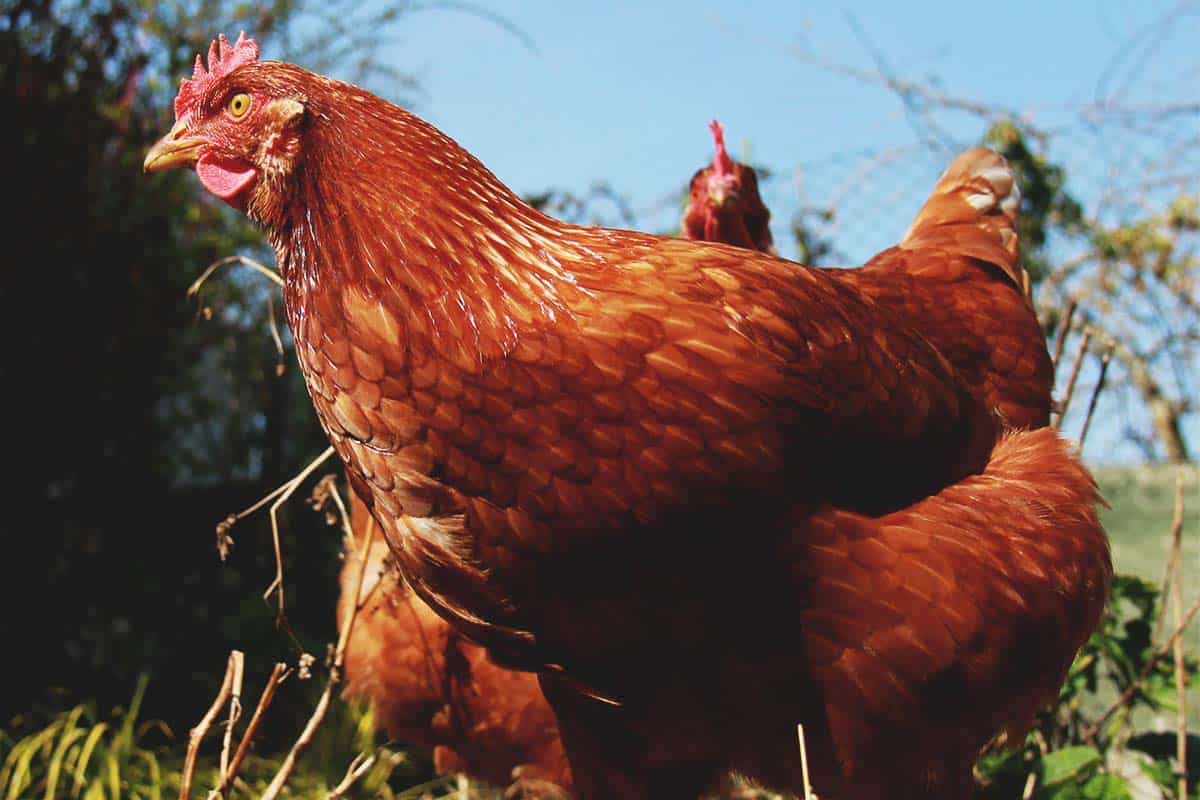 Many people like the idea of a rapidly growing meat chicken, but think the Cornish X is just a bit too commercialized for their liking. If you’re one of those people, Ranger Broiler may just be your kind of broiler.

Ranger chickens are fairly active compared to Cornish Crosses. This makes them a good pick for those that appreciate chickens that will occasionally forage for their own food.

There are several different names and slightly different strains for about the same bird. Sometimes called Freedom Rangers, Red Rangers, or Rainbow Rangers, you can expect similar results from all of these chickens. Freedom Ranger Hatchery is one of the few places you can order “Freedom Rangers” and know you’re getting a true Freedom Ranger broiler.

Regardless of the strain, you end up with, you’ll have an exceptional meat bird. Cornish Crosses are a fairly inactive bird, which is not always desirable depending on your preferences. The moment I brought home my Rangers, I knew they would be different. Rangers are perky, active, and always ready to chase each other around to fight over a worm.

Naturally, Ranger broilers will be large chickens since they are, well, a meat production breed. How big your birds are by processing time will depend on how long you give them, how much you feed them, and how much access to fresh pasture your birds are allowed.

Given 9-11 weeks to grow with plenty of access to food and pasture, your birds will definitely grow to healthy and sizable weight.

Rangers are generally fairly calm and amiable birds with good personalities. Because the rooster to hen ratio can sometimes be a bit skewed when raising broilers, roosters may occasionally squabble amongst one another.

Although roosters can sometimes have spats, they are rarely anything to worry about because the birds are young and can’t usually afflict much pain on each other.

Read our article on chicken bullying to better understand the pecking order and chicken squabbles.

Naturally, if you’re looking for a champion egg producer, you’ll want to search somewhere other than a bird bred for meat production. When well cared for, Ranger hens can make it to adulthood to lay eggs, but the egg production is nothing to write home about.

This is clearly a chicken that is cut out for excellent meat production. Rangers aren’t the fastest or biggest growing bird on the market, but they are pretty close. This bird will dress out between 4.5 and 6 pounds depending on the factors involved in their growth.

Broilers are not complicated to feed, unlike laying chickens with starter, grower and laying feed. You can provide your meat birds with a good broiler feed from hatch until the processing date. Rangers will enjoy foraging during sunny days, but their findings won’t supplement their diet by much.

It’s quite common for farmers to feed their Rangers at intervals for the last 7-10 days of their life to make sure they don’t gain weight too rapidly. When feeding on intervals, remove feed from the pen at night and replace it in the morning. Always leave fresh water where your chickens can access it whenever they need it.

Housing broilers can be approached in several different ways depending on your space and how you want to run your operation. Rangers do exceptionally well in chicken tractors that can be moved 1-2 times per day. A coop and run situation can also be used for broilers, but Rangers don’t always do well returning to the coop at night.

It’s definitely a good idea to avoid any kind of raised coop or roosts because these large chickens won’t do well attempting to climb and could hurt themselves.

When compared to Cornish Crosses, Rangers are quite healthy for broilers. Although health issues can be encountered when you breed a chicken to grow at such a rapid rate, Rangers handle it quite well.

When any bird grows too quickly, they can encounter leg and heart issues. This is why it’s important to limit food towards the end of their lives to help regulate growth.

If you want to get the true Ranger, you’ll want to buy directly from a hatchery because Rangers don’t breed true. However, people have raised their Rangers to adulthood and had them lay eggs and mate naturally. Despite the fact this is possible, it’s not the best idea to raise Rangers to breeding age due to potential health issues.

However, feed conversion and rapid growth make the possible deaths worth it for some. In the end, the breed you choose comes down to your situation and end goals.

For a while, the only rapidly growing meat chicken was the Cornish Cross. Now that Rangers have hit the market, they have captured the hearts of many chicken keepers as a good alternative to Cornish Crosses.

If you’re raising birds for the farmer’s market or your own family, Rangers make an excellent pick for a simple bird to raise. It has exquisite taste and meat qualities. You won’t regret buying a few of these next time you’re picking out the season’s broilers!