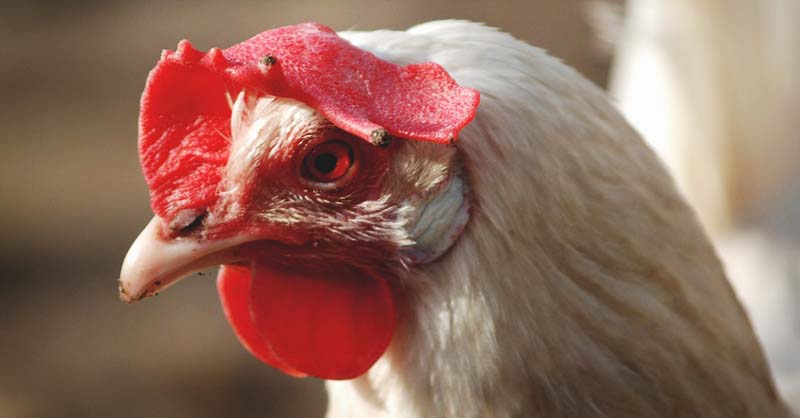 The Leghorn chickens breed is one of the most popular breeds of chickens around due to their use in commercial egg production factories. These birds have been bred for excellent production and low feed cost. They aren’t the friendliest birds on the market, but their flighty personalities make them very alert foragers with a strong resistance to predators. 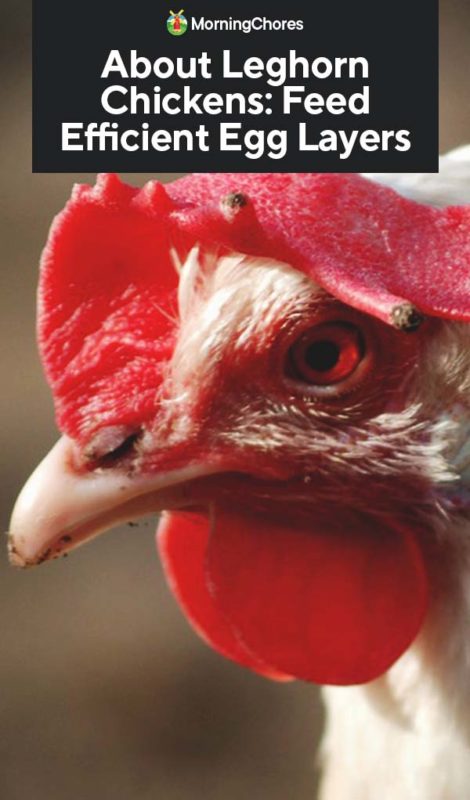 The breed originated in Tuscany, Italy and was imported into the United States in the mid-1800s. Leghorns were initially called “Italians,” but people began referring to them as Leghorns in Massachusetts as of 1865. 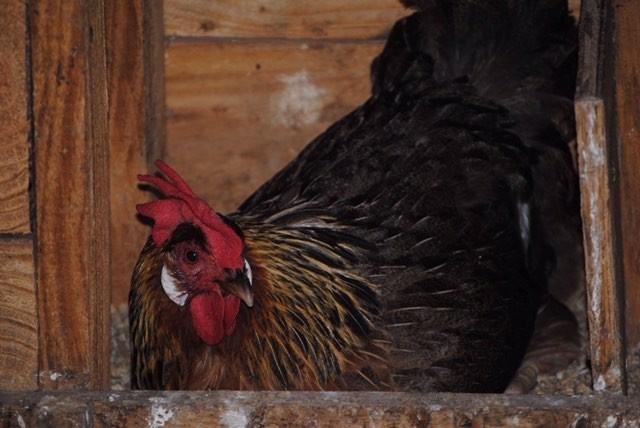 Since these birds have been bred for egg production and feed efficiency, they are not large. Leghorns are skinny chickens, with hens weighing about 4.5 pounds and roosters weighing 6 pounds.

Leghorns will certainly not be a bird at the top of your list when picking a pet chicken. Flighty and nervous is the best way to describe their personality. In some cases, chicken owners have raised Leghorns from chicks and handled them every day, resulting in a tame bird.

Nine times out of ten, however, your Leghorn is going to be flighty and an unfriendly chicken. Hens will not go broody; this tendency has been bred out of them for egg production purposes.

As the leading breed for commercial egg production, Leghorns are no slackers when it comes to egg laying. You can expect a large white egg 5-7 days per week from one Leghorn hen. A single hen has an average production of 280 eggs annually.

Leghorns are certainly not a breed ideal for meat production. If you have ever held a full-grown Leghorn, you would undoubtedly agree with this statement. These birds are very skinny and petite chickens. 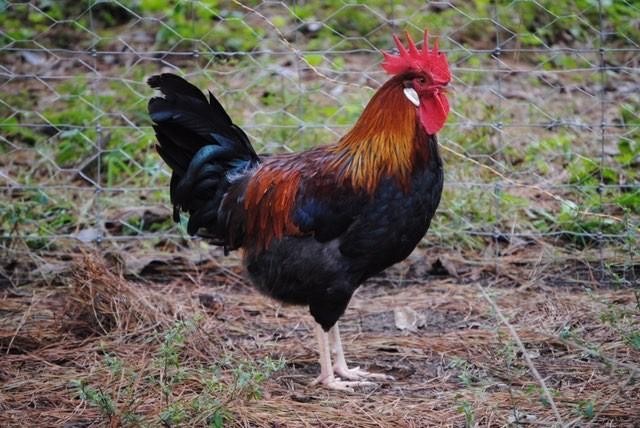 Your Leghorn chicks will need a good quality chick starter from hatching to 10 weeks of age. At about ten weeks old, transition your birds to a grower feed for about one month.

Since Leghorns can start production reasonably early, I suggest switching to laying feed at about 14 weeks of age. Once your hens are laying eggs, provide a calcium supplement such as oyster shells in a separate dish so your hens can consume as needed.

Commercially raised Leghorns are kept in small battery cages and never see sunshine. I recommend slightly different living conditions for your birds. Three square feet per bird is adequate room in the coop, with 12 inches of roosting bar per bird. In the run, 8-10 square feet of space per bird is preferable.

Leghorns are very alert birds and can forage with an awareness of predators. These birds aren’t the best foragers due to the way they’ve been bred for commercial production, but as any chicken would, they benefit from free ranging.

If you have any color variety other than White Leghorns you shouldn’t encounter many health issues with the birds. You will find them vigorous and thrifty birds for several years.

In the world of commercial egg production, at two years of age and a hen is considered “spent.” For this reason, White Leghorns are not bred for longevity and hens over three or four years of age can suffer from some health issues. If your bird is given a good life from hatching, she will most likely be a healthy bird.

Many people adopt ex-production hens that have been raised in poor conditions, and those are the birds that will run into the most complications as they age.

The most common illnesses an older hen could have, includes caged layer fatigue, rickets, egg peritonitis, and fatty liver syndrome.

Plymouth Rock chickens are exceptional laying hens. Though Plymouth Rocks do weigh a bit more than Leghorns, their egg production is 5+ eggs per week. These birds have a much friendlier disposition and is a more family-friendly chicken.

One particular Australorp hen holds the world record for the most eggs laid in one year. These birds are excellent layers and have very friendly personalities. You will find roosters are especially gentle with hens and people alike.

Also referred to as Cinnamon Queens, Golden Comets, traditional red sex links go by many names. These hens are fine layers, capable of producing several large brown eggs every week. Red Sex-links are very similar to White Leghorns as far as their weight and egg production goes. These birds are a bit more friendly, and many people prefer them to White Leghorns. 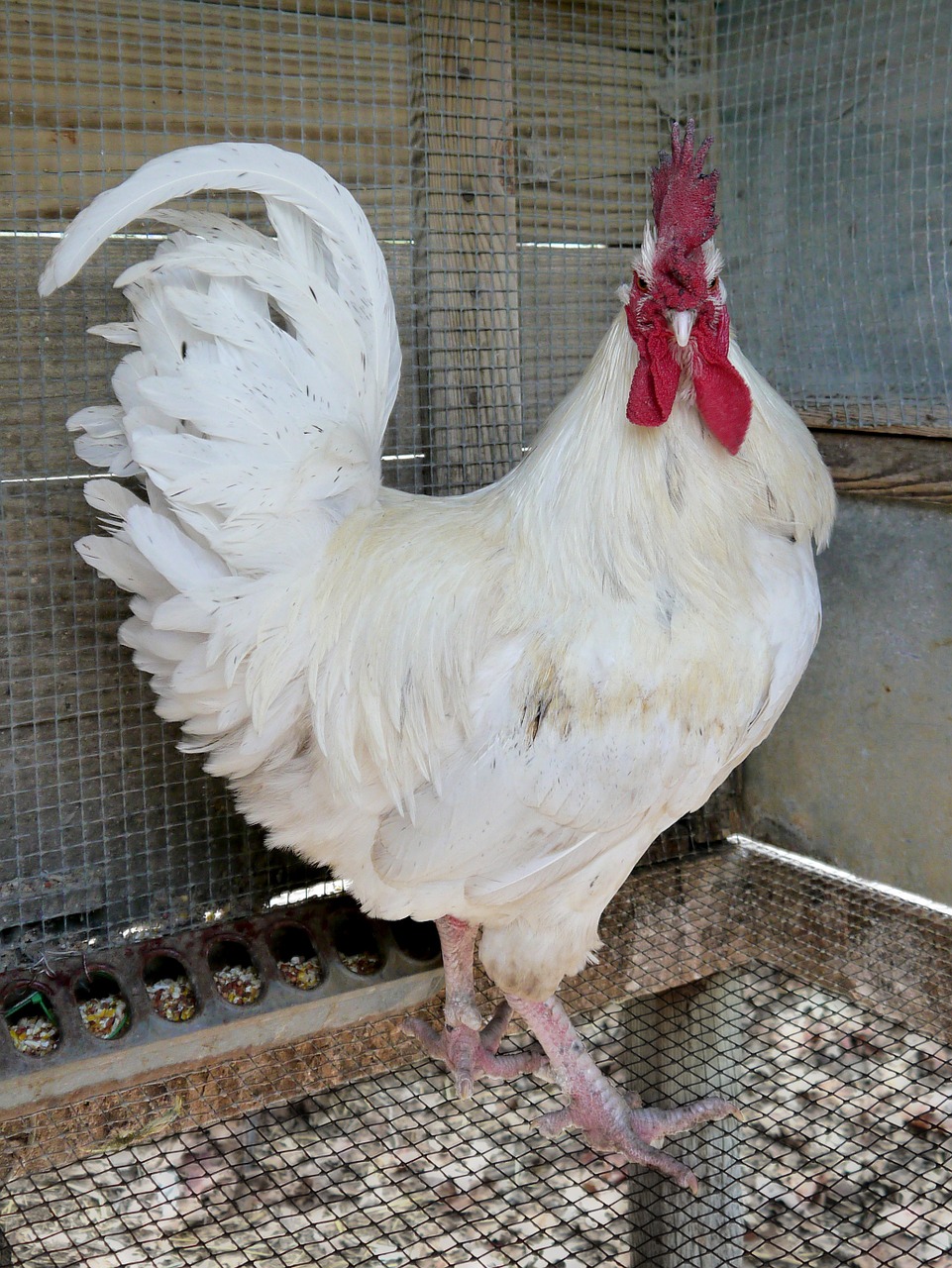 Remember that cartoon from your childhood, Foghorn Leghorn? That cartoon was indeed based on an actual breed of chicken – you guessed it – the Leghorn. Many people think that the character was just named a Leghorn because it is a popular breed of chicken, but the cartoon artist based his drawing off a real chicken!

In the egg laying industry Leghorns are dominant. However some other breeds make a small percentage of the chickens in the field. As such Leghorns were used to breed most of those other chicken breeds.

Many chicken keepers have loved raising Leghorns for their eggcellent production and feed efficiency. Few birds can consume as little as the Leghorns do and lay one large white egg almost every day. These spunky birds are a great addition to any flock!