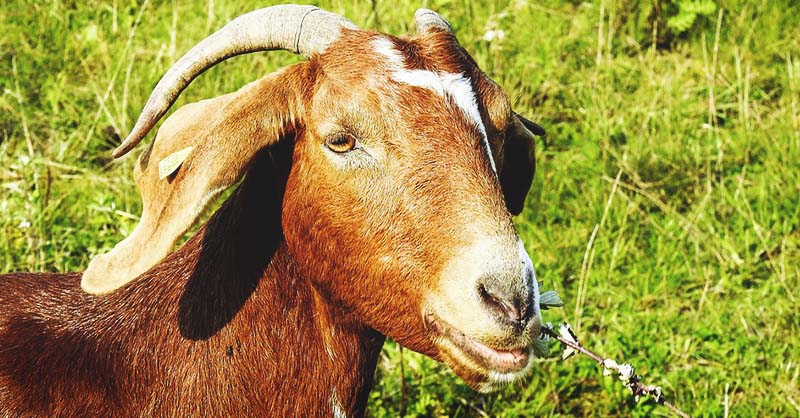 Do you want to produce your own meat? Homegrown meat is a great way to be independent of the supermarket and self-sufficient.

Boer Goats is an attractive meat goat breed option for homesteaders who don’t have acreage for cattle.

Among the several meat breeds available, the Boer goat has the fastest growth and best meat-to-bone conversion – a valuable quality for homesteaders!

Boer goats are an African breed though there is disagreement as to whether we can thank the Hottentots, Europeans, and even East India Indians for it’s earliest stages of development. What we do know is in the early 1900s South African farmers began intentionally selecting traits favoring a fast-growing, adaptable, prolific meat goat.

In 1993 the first Boer goats were imported to the United States. Since then the demand for goat meat has skyrocketed. The American Boer Goat Association states they register over 45,000 head of Boer goats annually with all of the goat meat industry being estimated to value 150 million-400 million yearly.

The American Boer Goat Association is the main registry for Boer goats in the U.S. Since Boers are meat goats a sturdy frame, well-sprung ribcage, and fleshy, compact appearance are the breed standard. Registries are also looking for the following characteristics:

Both bucks and does should be sturdy, with a deep chest, wide topline, and a fleshy appearance without being overweight.

A large frame with well-sprung ribs is especially important since this is a sign of a carcass that can support their meat, gives adequate respiratory, rudimentary, and, in does, kid carrying capacity.

Although there are no rigid requirements for color, the traditional Boer is white with a brown head, but there are some that are black and white or mostly brown.

How much meat can you expect from one Boer goat? Although it depends on age, nutrition, diet, and genetics, on average, you can count on 40-50lbs of meat per goat raised to market age, which is roughly 6-9 months.

Boer goats have the highest meat-to-bone ratio of all goat breeds, so if meat production is important to you they are the way to go.

There are mixed experiences about the hardiness of Boer goats. They were bred to be adaptable and many African breeds hold true to their hardy reputation.

Yet, I personally know several individuals whose Boer goats succumbed to parasites faster than other breeds. Parasites are the number one health concern with goats, so always err on the side of stocking your herd with the healthiest animals possible coupled with an effective deworming action plan.

Boer goats have been called “gentle giants” and are a very pleasant docile breed. They are known for being good mothers and enjoys attention.

Since Boer goats are a fast-growing breed it is recommended to breed them according to weight instead of age. 80lbs. is considered the best weight for doelings with 70lbs or 6 months for bucklings.

Unlike most goats, Boers breed all-year-round meaning you can theoretically breed them more than once a year. This is hard on the dam’s health, however, and is not considered good practice.

Boers ability to bred year-round does give you the advantage of customizing your breeding program for kids to be sale-ready at peak market times. These will vary according to your area and customer base. Overall, this flexibility is a great perk in owning Boers.

Like all goats, Boer does carry their kids for about 150 days. Boers have a very high fertility rate – another one of their amazing perks.

Boer does make great mothers though like all goats they need extra TLC when pregnant. Does whose own needs are met will focus on their kids if you support their mothering with good quality feed, minerals, hay, and fresh water.

As a rule of thumb twins are the norm for Boer goats, though singles are not uncommon and they can even have quadruplets.

A common defect among Boer does is extra teats. Goats normally have two teats with a firm upper udder. It is common to find more with Boers ranging from an extra orifice (opening) that may or may not give milk to spur teats that branch off one of the main two or is a separate teat altogether.

In the past when the U.S. Boer gene pool was small, multiple teats was overlooked. However, customers are now becoming more concern with quality.

The American Boer Goat Association does have requirements on how deformed teats may be. Overall, the tendency is those looking for registered breeding stock are putting more emphasis on genetic quality, while your strict meat customer likely will only be concerned with meat quality.

Caring For The Boer Goat

The best way to keep feed cost down is to feed Boers on high-quality pasture. By encouraging high-protein legumes and good pasture management like rotational grazing, the only times you should need to feed grain is during poor pasture condition like winter or drought.

So when grain feeding is necessary, what should you look for? Being meat goats Boers have higher protein needs, yet not so high as to interfere with rumen health. A high-quality feed for meat goats should meet what Boers require.

Goats need a loafing shed or draft-free barn to protect them from weather and predators. Boer goats especially need to shelter from freezing temperatures to avoid frostbite to their long ears.

All goats need strong, sturdy fencing to curb their wanderlust. Three strands of electric or cattle panels are two types of fencing that is good for goats.

As mentioned before parasites are the top health concern with goats. A deworming protocol, rotational grazing methods, and small herd numbers are three crucial aspects of preventing parasite infestations.

Boer goats also need to be kept in shape. Their fleshy tendencies make them prone to being overweight which stresses their bodies and lowers their resistance to disease.

Goats tend to see to their own bathing needs, but an occasional bath is sometimes in order.

Since most homesteaders handle their goats, training your Boer goats to a lead rope will make your life much easier. Also, if you want to show your Boers, there are certain stands and positions your goats will need to learn.

For couples or smaller families, the Savannah goat might be a better alternative to Boer goats. Also an African breed, Savannahs are beautiful goats with similar personalities as Boers.

For a breed that gives similar meat amounts yet is known for being parasite resistant, Kikos meet the bill. Kikos do not grow as fast as Boers but they are very hardy animals.

The word Boer comes from the Dutch word for “farmer”. The Dutch established trading routes along the South African posts and found raising their own livestock to be essential to their survival.

While historians don’t quite agree on who combined European imports with native goats, the Dutch left their mark in this popular breed.

Also, the first registry was established in South Africa 64 years before the American registry. Today Boer goats are one of the few double-muscled meat goat breeds, explaining why they are the top breed in the meat market.

So are you ready for a big step away from dependence on the grocery store? If raising your own meat is next on your bucket list, meet a few Boer goats to see if they are for you.

The double-muscle meat production of Boers and their gentle personalities make them a good choice for homesteaders. Are you ready to give them a go? 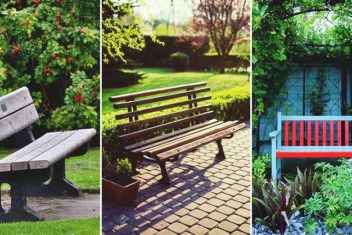