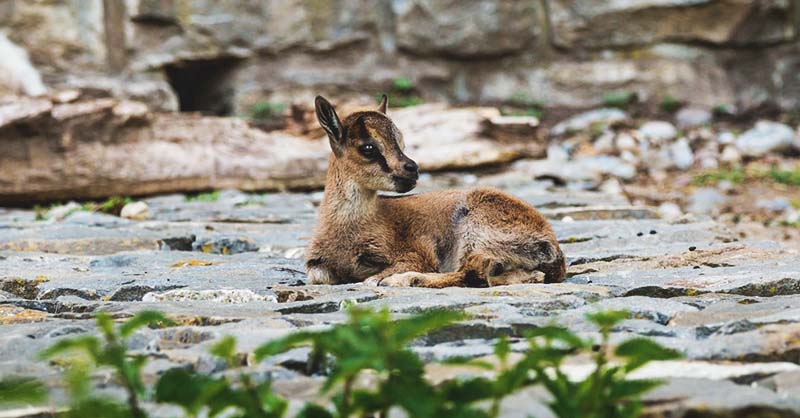 Graceful, elegant, curious. These words best describe Alpine goats. Add to this their hardy nature and friendly personality, and you have a great new member to your homestead.

Alternatively called Alpines or French Alpines (registries recognize both as the same), this gives us a hint into the breed’s colorful past. As the name suggests, the Alpines’ hardiness and agility perfected them for life in the Alps mountain range. A strain of French Alpines was imported to the U.S. in 1922, which formed the basis of all purebred Alpines.

For an Alpine goat to be registered, there are several general requirements her ladyship must meet.

One of the most confusing terms in registering an Alpine is knowing if she is French or American and what it means.

One of the largest dairy breeds, Alpine does should be no less than 30” tall and 130 lbs. Bucks, naturally, will be larger but must be at least 32” tall and weigh 160 lbs.

Color! I must say I love the surprise element in Alpine markings. ADGA even saves us brushing up on our French pronunciation by providing them and the definition for each one for us.

CHAMOISEE (shamwahzay) – brown or bay characteristic markings are black face, dorsal stripe, feet and legs, and sometimes a martingale running over the withers and down to the chest.

TWO-TONE CHAMOISEE – light front quarters with brown or gray hindquarters. This is not a Cou Blanc or Cou Clair as these terms are reserved for animals with black hindquarters.

BROKEN CHAMOISEE – a solid chamoisee broken with another color by being banded or splashed, etc.

Along with their splashy coloring, Alpines have an elegant overall look, with roman noses, erect ears, and straight, alert faces. Beauty and grace genuinely are of the most attractive qualities of Alpines.

Alpine goats’ star quality is their milk production. Their larger build means they can pump out the milk without suffering a loss in body condition.

Alpine breeders give a range of 1-2, even 3 gallons a day for Alpines. Like all dairy goats, milk production is mostly dependent on diet and bloodlines. Make sure you find a doe with quality bloodlines and know how much milk her mother and both grandmothers gave.

Alpines dip into the lower range on butterfat, though they will produce some. However, considering the highest butterfat percentage you can find at the store is 2% most homesteaders who only want to drink the milk will find Alpines’ 3.5% more than acceptable. Just remember that goat milk is naturally homogenized so you’ll need a cream separator to make butter and other dairy fat products.

How do Alpine Goats rate on milk taste? Well, like all Swiss breeds, Alpines were bred to give strong-flavored milk. If you are expecting a taste like cow’s milk, you’ll be in for a surprise. And it’s a trait that stays in the line.

We once had a doe who was 75% LaMancha, and 25% Alpine and her milk held true to the Swiss taste. However, due to the Alpines’ high milk production, they remain an excellent breed to own if you want to make confectionery or market homemade, Old World dairy products. Again, it comes down to what you want.

Rugged and agile describe Alpines best. Their mountain ancestry makes them sturdy animals, yet their long history in America tailors them to be adaptable to almost any region.

Genetically adapted to cold mountainous terrain, they may struggle with extreme heat and be more comfortable in cooler climates.

Alpines are one of those personalities you have to love. Friendly, easy-going, and curious they are ones to come up to you in the barnyard for a good scratch behind the ears. Which is great, as their flashy colors will naturally attract your friends and neighbors to them.

Like all goats, Alpines are social creatures, so consider buying a pair of them to keep each other company.

Most dairy goats are seasonal breeders, meaning they can only be bred during certain times of the year. Alpines are no exception, with their season lasting from July-January. Owners in colder climates can expect their does to begin and end the season earlier with southerners having a later season.

An Alpine doe’s cycle averages about 18-21 days with her heat period lasting from a few hours to two days. Since bucks have a reputation for being smelly, artificial insemination is an option you can consider, especially if you only have one or two does.

When can an Alpine kid be bred? Since Alpines are one of the larger goat breeds, does reach breeding age at about 18 months, while bucks mature around their first birthday.

Alpines are great mothers. They usually carry twins, but singles and triplets aren’t unusual. Alpines can even have quintuplets, though this is rare. What is fun about Alpine kids is you never know what color combinations you may get each spring!

An Alpine doe’s gestation lasts about 150 days or about five months. She may or may not dry up (lose her milk supply) in the latter stages of pregnancy. A rest period of a month or more is always reasonable to give Alpine does, even if you end up being the one to discourage her milk supply.

3. Do Alpines Carry The Poll Gene?

All evidence that I can find suggests it is very rare to find polled Alpines. That said, some owners do have them, so it’s an option worth considering. Most Alpines will either have beautifully curved horns or be disbudded (horn buds burned with a hot iron) as kids.

The hardy nature of Alpines is a big plus on a homestead. They are, however, larger animals, and do require a little more space and forage.

Being larger animals, Alpines need grain to maintain healthy production. Like all ruminants, they need continuous access to hay, fresh water, and minerals. Check with your extension office or local goat owners to see what minerals may be deficient in your area.

Alpines are known for being extremely agile; they did climb the Alps after all. Add this to the fact goats are notorious escapees, and sturdy fences such as cattle panels or dependable electric wire is a must.

While they can withstand warm and cool temps, Alpines need a loafing shed or house to shelter them from wind, rain, snow, and hot days.

Goats are tidy animals, and dairy goats such as Alpines do not need shearing as fiber goats do. There are a few basic grooming needs that will make both your and their life easier though.

Unless your pasture mimics the rocky terrain of the Alps, Alpines’ hooves need to be trimmed every 4-6 weeks. To trim hooves, you’ll need goat or sheep hoof trimmers and a hand-held wood shaver to smooth the hooves when you are finished. A milking stand or head shoot is also helpful but not necessary if your goat is trained to stand still.

Shaving a doe’s udder and underbelly will keep your milk cleaner and make it easier to hand milk. A sturdy pair of dog grooming clippers and blades will do a great job.

Most of the time, goats tend to their own cleaning needs, but there may be times when a bath is in order. Water and soap will be enough and is a great way to cool your Alpine friend on a hot summer day.

Alpines are naturals for the spotlight. If you dream of showing, there will be grooming that complement their features.

Alpines are friendly and easily handled by people. They can be stubborn, however, so the younger their training begins, the better.

The best time to train a doe to a milk stand is long before you need to milk. Even doelings can be lead onto the stand and fed on it to give a positive connection to the experience having her head locked in the stocks two feet above the ground. Training a first-time milker takes some time and patience, but a gentle hand and bucket of feed work wonders.

Again, the younger you train an Alpine to a lead rope, the easier it will be. Slip the lead loosely around her neck and lead her in short, low-pressure sessions.

The best way to prepare Alpines for the show ring is to handle, handle, and handle them some more. In showing, goats have to stand and walk on command. Learn the various stances required in the show and make your Alpine as comfortable performing as possible.

Because they are larger goats, Alpines – bucks and wethers (castrated males) especially – make great pack animals. Start with lead training and then slowing accustom the goat to a burden by starting with a strap around the middle and then slowly adding weight over time.

Two Alpine goats were shown at the World’s Fair in St. Louis, Missouri, in 1904 and helped spark the development of the modern breed.

The Sundgau color of today was initially called British Alpines and was first imported to the United States shortly after World War II. Also, Oberhaslis was originally called Swiss Alpines before becoming a separate breed.

Throughout their entire history, Alpines have been the people’s dairy goat. Be it their remote, close connection to humans in the Alps, their earlier existence in America or excellence on the 21-century homestead, the friendly personality and dependable production of the Alpine goat will endear many for years to come. 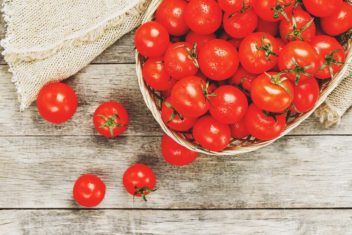 7 Types of Tomatoes and How to Use Each of Them