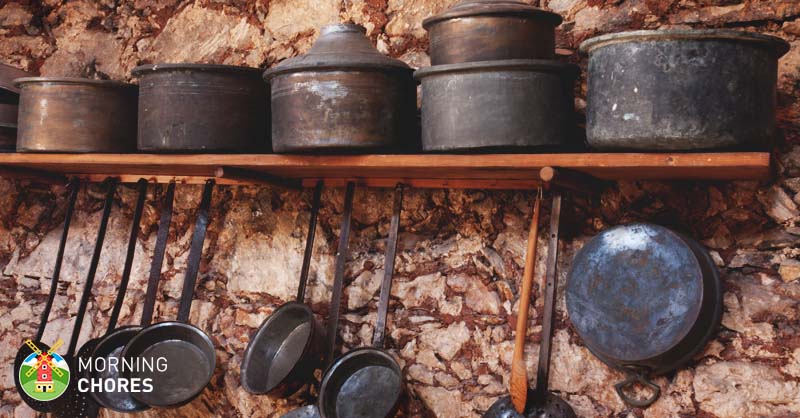 Did you know one way to get more iron in your diet is to cook with cast iron? I wasn’t aware of that until recently.

I switched to only cooking with cast iron a year or so ago. I had plenty of cast iron pans, but I still cooked with non-stick pans pretty regularly because cast iron intimidated me.

Then my mother-in-law came along and showed me how to season, clean, and restore cast iron. I learned that cooking with cast iron was a great way to stop adding toxins to my body through Teflon pans.

So if you like the idea of cooking with cast iron, but aren’t sure how to care for it, then keep reading this article.

Here is how you can restore and care for your cast iron cookware:

Some of these steps will vary depending on whether you bought your cast iron used or new. Cast iron new is a little pricey.

However, you have to consider that you’ll probably have to will it to someone because it lasts for so long. If you’d like to buy new cast iron, shop for it here.

However, when I first bought my cast iron I was on a tight budget. My husband, mother-in-law, and I were at a local Farmer’s Market buying fruits and veggies in bulk that we didn’t grow that year. We were looking to can them.

Then we came upon a booth that was selling old cast iron pans for a really discounted price. I almost walked away because of all of the rust when my mother-in-law told me not to let the rust deter me. She would show me how to clean those pans up to where they looked brand new.

So we bought every piece he had, and I’ve never regretted it. If you find a good deal on used cast iron, don’t let the condition or the fear of where it has been deter you. When you get done cleaning it up, it will look like new and it would have to be a super germ to survive the cleaning method.

If you bought your cast iron used, you’ll have to clean it up. You can do this with two different methods. The first method is by burning it. This was how my mother-in-law showed me to do it.

First, you start a fire outside. You could use a fire pit or an old barrel. Either way, just get the fire rolling to where it is nice and hot.

Then you’ll toss the pan into the bottom of the fire. Let it burn for about 10-15 minutes. Then using a poker, drag the pot out of the fire and see if there is any rust left on it. If there is, then toss it back into the fire until it comes out looking a little less grubby. Then you’ll have to go over it with steel wool to remove any dirt remaining.

If you aren’t comfortable with this method, then you can do what I usually do now. I just skip the burning step (unless it’s really bad) and take a piece of steel wool and scrub the cast iron dish. Be sure to run the pan under cold water and scrub it until all of the rust is removed. It requires some elbow grease, but I usually have no problems getting the rust or grime off.

Once you feel good about the condition of the pan, you are ready to move on.

Now, whether you burned the pan, scrubbed the pan, or bought your cast iron new you are going to want to follow the instructions from here on out every time you cook with it.

Begin by washing the pan. Don’t use soap on your cast iron. It isn’t good for it.

Instead, run it under warm water with a sturdy sponge and remove all dirt, grime, and anything else from the pan. Be sure to clean the backside of the pan and the handle as well.

Once you’ve got the pan as clean as you are comfortable with, it is time to move on to the next step.

After your pan is clean, dry it lightly with a dish towel.

However, this will not completely dry the cast iron pan. So you’ll need to place it back on the stove at a medium to medium-high temperature. You do this so the pan can dry completely.

Also, if you see the pan smoke, it is okay. It just means that it is drying thoroughly. Once you begin to see the smoke from the pan, you know it is dry enough. You’ll need to turn off the stove, carefully move the hot pan off of the burner, I’d suggest using these pretty mitts.

Then you’ll need to allow the pan to cool. Once it has cooled completely, it is time to move on to the next step.

5. Give It a Massage

After your pan is cool to the touch, it is time to work on seasoning the pan. This can be done in many different ways. When I was seasoning pans with my mother-in-law, we always used fat back. We would rub it all over the pan and it would turn it shiny and black. It would look like new.

However, now that it is just me, I usually use oil because that is what I have on hand most often.

So I put a couple of tablespoons of oil in the pan. Then I use a  paper towel folded into fourths and rub the oil all over the pan. You’ll rub it on the inside, outside, and the handle of the cast iron pan.

Now, you don’t want the oil to be puddled anywhere so be sure to rub it all over the pan to where the pan is glowing but not so thick that it is just standing on the pan instead of coating it.

I say this because it will cause bubbles on your pan if it is left to stand. So just keep that in mind when rubbing the oil onto the cast iron pan.

You’ve got the rust cleaned off of the pan. Then you wash it. It is has been coated with oil and now you are ready to complete the seasoning process.

Now, this step can be done in at least 3 different ways. I’m going to share how to complete this step in each way.

I usually use the stove method because it is the fastest and most convenient for me. After my pan has been thoroughly coated in oil I set it back on the stove.

Then I turn the stove onto medium or medium-high. I allow the pan to sit on the stove until it starts smoking. It creates a smell, but you want the pan to smoke because that is how you know the pores of the pan are opening.

Keep in mind, you want the pores of the pan to open because that is how the oil will get down into the pan.

Once you see the pan is smoking and that the oil is evaporating, you need to turn the stove off. I allow my pan to sit on the hot burner for a few more minutes.

Then I carefully move it over to a cool burner. I allow the cast iron pan to cool off from this step before putting it away. It only takes a matter of minutes, and in my experience, I’ve had great results with my pans being very well seasoned.

If you prefer to use your oven, and you have the time for this method, then go for it. After you’ve seasoned your pan with oil, you’ll need to turn your oven up to the highest temperature it can go to.

Then you’ll place the pot in the oven on the rack upside down and close the oven door. Allow the pan to sit in the oven for about an hour.

At that point, the pot should be thoroughly seasoned. Again, you’ll have some smoking taking place in your oven. You want that because it means that the pores of the pan are opening.

However, be sure your oven is clean before doing this and if at any time you get nervous because of the smoke, turn the oven off and remove the pan. We don’t need any fire dangers occurring during this process so just pay attention.

After the pan has completed the process in the hour, then you’ll carefully remove the pan and allow it to thoroughly cool before putting it away.

Using your grill to help season old pans is a great option. We’ve used our grill before when we had a bunch of pans to season all at once.

Actually, I’m embarrassed to admit this, but after my mother-in-law and I spent all that time restoring old cast iron, my husband and I remodeled our kitchen.

Well, during this time we had to get everything out of the kitchen. We have a covered back porch right off of the kitchen so all of the items from my canning kitchen (including my cast iron) were set on the back porch.

However, during the few days we remodeled, it rained. The cast iron was the only thing sitting too close to the edge and it got wet.

So we repeated the same restoration process of burning it, washing it, drying it, oiling it, and then we used the grill to finish the seasoning process. We turned the grill on to a high temperature and turned the pots upside down on the grill.

Then we checked them periodically over an hour or so to make sure that the oil was absorbing and that the pans were smoking. They did and the cast iron turned out really well.

After you use this method, be sure to carefully remove the pans from the grill and allow them to cool.

As you already know, letting the cast iron pans cool is a super important part of the process. You don’t want to touch hot cast iron because it can severely burn you.

Plus, it can burn anything else it comes into contact with.

So you need to leave the pans out (often I leave my pans sitting on my stove overnight to be sure) until you are positive that they are cool to the touch.

Then you just put them away until the next time you are ready to use them. That is all there is to it.

Now, I understand cleaning cast iron has a few more steps to it than traditional pots and pans, but I’ve noticed that it actually takes less time cleaning it than running a pot through the dishwasher.

So in my opinion, it’s worth it.

Well, I hope you now feel more informed on how to restore and care for you cast iron pots, and pans. I love cooking with cast iron and don’t have any intentions of returning to traditional pots and pans. 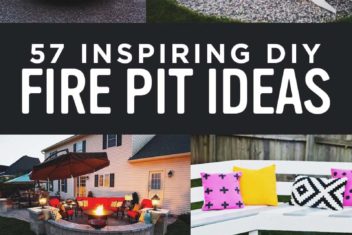 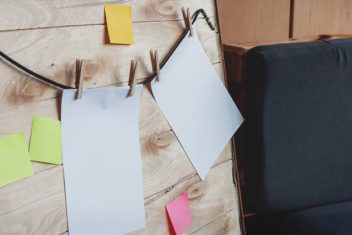 33 Ways to Reuse and Recycle Hangers 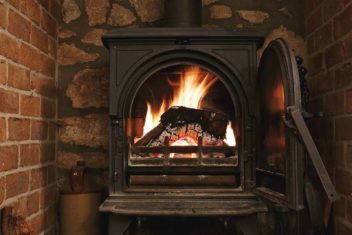 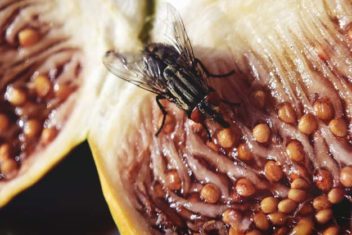 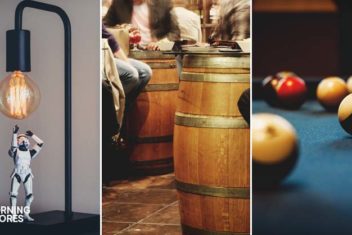 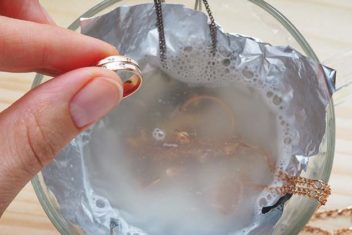 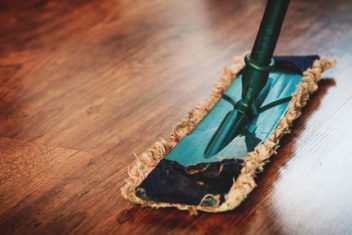 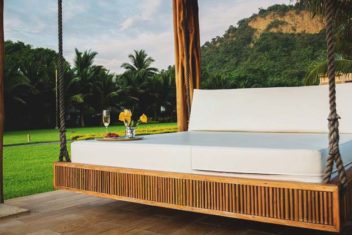 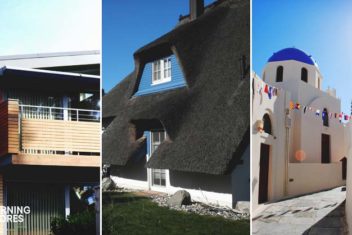 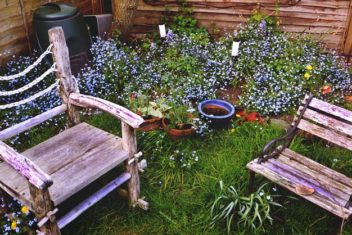 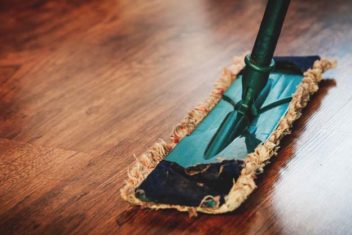 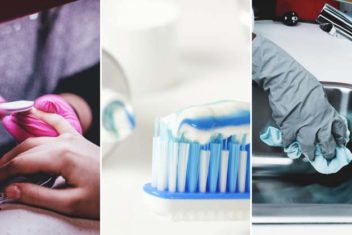 44 Clever Uses for Toothpaste Beyond Brushing Your Teeth 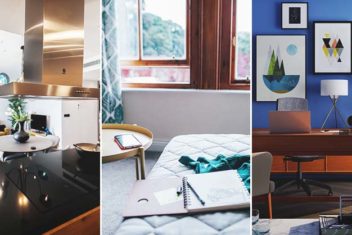 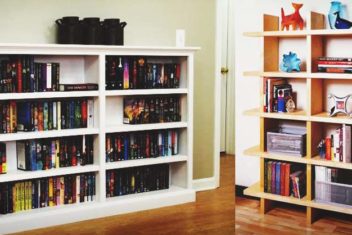 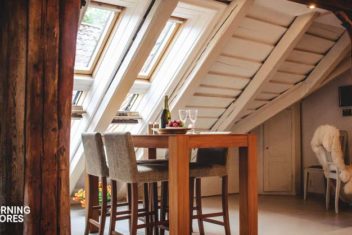 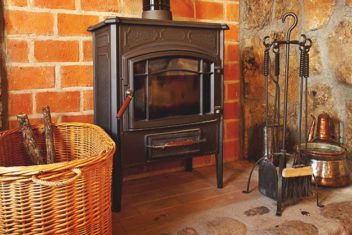 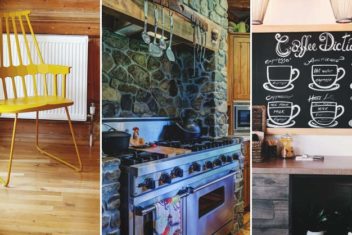 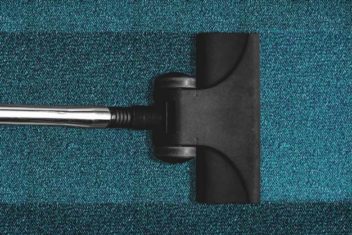 9 Homemade Carpet Cleaners to Keep Your Home Fresh and Flawless 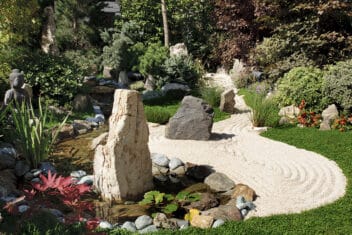 How to Create Your Own Backyard Zen Garden 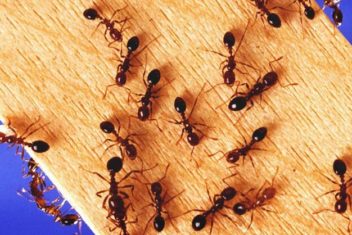 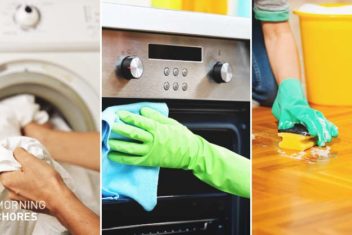 4 Tips to Create the Perfect House Cleaning Schedule (with Examples) 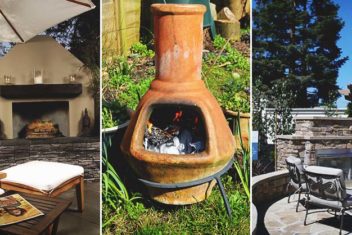