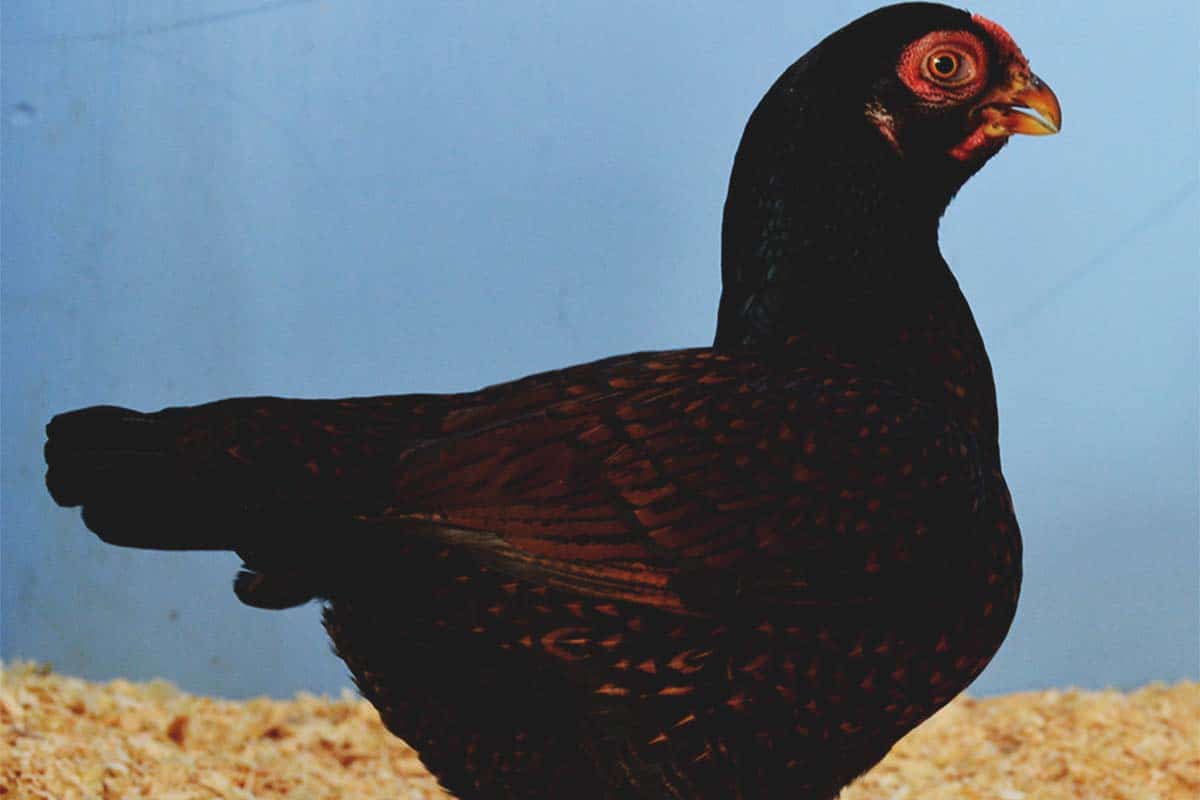 Cornish chickens are not a foreign name to the chicken industry. You’ve likely heard the name more than once if you’ve been around chickens for a while.

Not to be confused with the Cornish Cross, the true Cornish breed makes an excellent bird for those looking for a heritage alternative for meat production.

Around 1820, Sir Walter Raleigh Gilbert of England crossed Red Aseels from India and Black Breasted game chickens, creating today’s chickens. In 1893, the breed was recognized by the American Poultry Association under the name of Indian Game birds.

While there was an effort to create an exceptional fighting chicken called the Indian Game bird, the temperament didn’t fit the bird. Because of this, the name was eventually changed to Cornish to better match the breed.

While the initial appearance of this bird can be deceiving due to their tight-fitting feathers, Cornish chickens are pretty hefty. With a very broad and muscular build, it’s rather fitting to call this bird Hulk of the chicken pen.

The original goal with this breed was to create an aggressive fighting chicken. Unfortunately for the breeders, these birds just didn’t fit the bill. However, Cornishes do still have some strains well known for fighting in their blood so they aren’t the calmest birds out there. You can expect some calmer birds and some more high strung chickens as well.

Since this is a breed primarily raised for meat, temperament generally isn’t a huge concern because these chickens won’t be around the farm for an extended period of time.

When defining this as a fighting chicken was a bust, marketing these birds as a meat chicken instead likely kept this breed from dying out. Cornishes will definitely have large appetites while growing, and they don’t grow as quickly as commercial breeds due to their heritage nature.

If you’re looking for a heritage meat producer that is just a bit larger than your standard dual-purpose breed, Cornish chickens should fit the bill and please everyone with their outstanding table qualities.

While egg production definitely isn’t the main purpose for Cornishes, it’s important to keep egg layers to maintain the breed for many generations to come. You can expect 160-180 small brown eggs per year from a single Cornish hen.

Many people like to say that this breed isn’t a “breakfast” bird, but definitely a supper chicken.

As with most meat breeds, Cornishes will be born with a huge appetite and eat a good bit of food over the course of their life.

Cornish chickens can remain on this diet until 12 hours prior to processing time. It’s best to withhold food for the last 12 hours of life before processing to clean out the digestive system and make evisceration as easy as possible.

Standard housing for your chickens would mean a coop with access to free-ranging or a run. However, it is common practice when raising broilers to make chicken tractors that are moved to fresh grass daily.

Both of these methods are tried and true, it’s your choice how you will raise your birds. There are plenty of online resources that can help you pick based on your time and property available.

Overall, Cornishes will have far fewer health issues than a commercialized meat bird would. Meat birds can overeat and have heart attacks due to their rapid growth. This issue should be far less of a problem for Cornishes due to their heritage breeding.

It’s recommended to avoid providing free choice food if you do keep a Cornish past a normal processing time. This is to ensure that the bird’s health and weight stay as optimal as possible.

For those that like to keep things basic and timeless, you may want to raise your own Cornishes from eggs and save a few birds from each batch to produce the next generation. Due to the slower maturing rate of Cornishes, it may take a bit longer than an egg-laying breed to start laying eggs. Once your hens begin producing, the egg-laying rate won’t be astounding.

Cornish hens can make decent mothers. You just might get lucky and have a hen go broody to save you all that chick-rearing work!

Jersey Giants are also a slower growing breed that makes a good, heritage meat producer. For those looking for a larger breed that is an efficient layer unlike the Cornish, this alternative may be the way to go.

A cross between this breed and a Barred Rock will result in the Cornish X. The Cornish X is the #1 meat producer for America’s commercial meat industry.

Cornish chickens are the way to go for the farmer looking to get back to the natural way of raising meat while keeping a decent-sized carcass on the table. If you’re looking for a good meat heritage chicken breed, you may have just found your chicken!