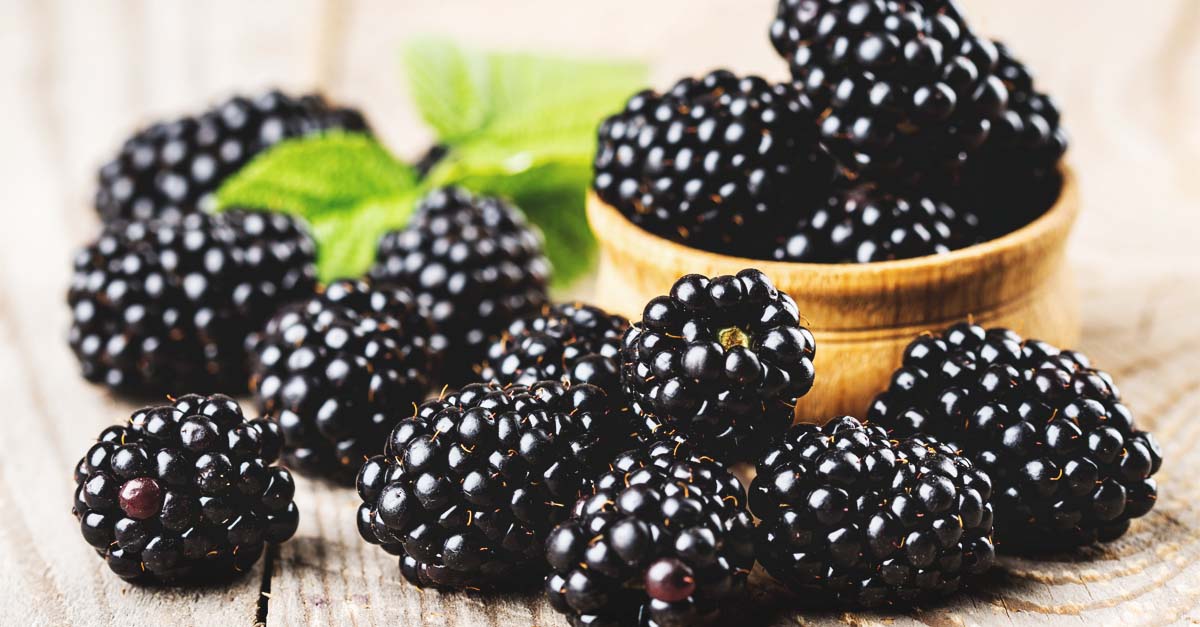 Blackberries are insanely tasty, but sadly, they don’t ship well and they have a short shelf life. That means that the blackberries you pick up at the grocery store are rarely as good as they can be. Homegrown blackberries are a revelation. That, coupled with the fact that they’re pretty trouble-free, makes growing blackberries totally worth your time.

Blackberries are a native plant in the U.S., which is one reason they are so hardy. You can find them wild all over the country in zones 5-9. During the summer, the bushes produce delectable fruit for about three or four weeks.

One bush will keep your whole family in berry heaven, but you can always grow several so you have plenty of fruit for preserving or selling. Once you pluck those ripe, juicy berries, you’ll never want to settle for the store-bought stuff again.

The first thing to know about growing blackberries is that they come in four types: erect, thorny, thornless, and trailing. Choosing one is largely a matter of preference.

These varieties are similar to their wild cousins. They form an erect bush and the canes are covered in thorns.

You may wonder why we still grow brambles that have thorns. The answer is in the taste. Many of these varieties are extremely sweet. In addition, the plants tend to be vigorous, productive and winter hardy.

Similar to above but without thorns. Many of them are semi-erect and benefit from having a trellis to lean on.

These varieties have a weeping structure and must be trellised to be productive. They aren’t as winter hardy as thorned berries and typically do well in southern or western climates.

These blackberries have been bred to fruit on the first year’s cane, so you don’t have to wait two years to dig in.

Chester is a thornless erect variety that is extremely productive. They do well in northern climates because they are cold hardy. Plants are vigorous and resistant to cane blights.

I struggled to get my Chesters established, I believe because they had weed competition. Now that I have three going they’re prolific.

Most blackberries only produce for three to four weeks in the late summer, but Kiowa keeps making berries for six weeks. It does best in the south and zones 6-10. An erect variety, it has thorns.

Natchez was developed in Arkansas and does well in the south. The semi-erect plant benefits from trellising. Produces tasty, large berries. Ripens early in zones 5-9.

This is an unusual variety. The berries are off white but sweet and juicy. This is an erect variety that is actually more bush-like. A reliable producer that produces on second-year canes. Hardy in zones 5-9.

This variety is quite hardy and can be planted in zones 5-8. An erect, thornless cultivar that ripens early and tastes delicious. Large, firm, sweet fruit. Extremely disease resistant.

One of the most productive blackberries available, Triple Crown is well-loved. The large, sweet berries are delicious and grow on a semi-erect, thornless blackberry plant. I have five Triple Crown’s and they’re my favorite, both in taste and ease of care.

Blackberries are perennials, but on most plants the canes are biennials. This means that the canes have leaves the first year, and the following year they bear fruit. Then, those two-year canes die back and new canes form.

Every year, the plant sends up new canes to replace the ones that died. Because of this, pruning is vital with blackberries, so be sure to check out the section on how to prune.

Growing blackberries takes a little patience. The first year you get your plants established. The following year they start bearing.

Plant blackberries in the spring. Many online nurseries sell them in the winter, usually in bundles of five or ten. Most varieties are self-fruitful so you can plant just one if you are short on space. However, they do look attractive in groups and you will get more berries.

Blackberries need full sun, well-drained soil and a pH of 6.0-7.0. They like rich soil, so mix in lots of well-aged compost.

Plant bare roots in the spring when the danger of severe frost has passed. Soak roots for an hour before planting.

Raised beds are a smart way of growing blackberries because it lets you give them the perfect soil. I plant mine along the outside of the fences around the gardens in slightly mounded soil so that they have good drainage.

Spacing depends on the type of blackberry you’re growing. For semi-erect cultivars, put plants five feet apart, with erect varieties three feet apart. The trailing varieties need to be between 6 to 8 feet from each other.

Use caution when hoeing or tilling around your plants to remove weeds. Blackberries have shallow roots and can be damaged easily.

Keep blackberries moist because they don’t like to get dried out. An inch of water each week during the blackberry growing season is important. Give even more water during extreme heat.

If you have trailing or semi-erect blackberry varieties, you’ll need to attach them to a trellis. Those with one or two plants you can get by with a “tomato” style cage.

If you have numerous plants, it’s easiest to run a wire trellis system. The best time to establish your bed and build a trellis is in the fall before you plant.

If you have multiple bushes, you can build a wire trellis by placing 4-foot tall, 4-inch square posts every 12 feet. Run several wires between the posts. The wire should be placed at 2, 3, 4, and 5 feet from the ground level.

Don’t let the act of pruning your bushes intimidate you. Blackberries are easy to manage. You simply need to remove the dead canes at the end of the blackberry growing season. These canes are the ones that produced fruit during the season.

For trailing varieties, cut the old canes down to ground level after the harvest is complete. For erect varieties, prune in late summer after you are finished picking those yummy berries. In addition to cutting out the old cane, prune four inches off the top of the primocanes (the first year cane). This causes them to branch out and be more productive the following season.

For primocane varieties, pruning is a snap. You simply mow the canes down after harvest. Then they will produce more first-year canes to make berries the next year.

Your growing blackberries will produce better when you fertilize them in spring. Start by putting a nice dose of aged composed around them. Once they’re starting to make buds, spray them with fish emulsion or another organic fertilizer.

Problems and Solutions to Growing Blackberries

Gall tumors affect plant roots and cause the plants to be stunted and slow-growing. The tumors are caused by a bacterium. The best prevention is good sanitation and doing a fall cleanup. Clean tools in bleach between use. Solarization may help kill the bacteria in the soil.

Borers that affect raspberries will also go after blackberries. The adult bugs are beetles that lay eggs in the canes. You can see the “sawdust” around the holes. You can pick off adults and spray plants with neem oil.

Orange rust causes orange-yellow spots on the underside of leaves. Remove infected parts and use Serenade to control.

Birds love berries as much as we do. Cover growing blackberries with bird netting.

Anthracnose is a common problem for cane or bramble fruits. You’ll first notice purplish spots that can eventually cause the cane to split and die. Make sure plants have good air circulation by keeping them pruned, and water at the base, not on the leaves. Keep the area around growing blackberries free of weeds.

Remove wild brambles from the vicinity as they can carry the disease, and apply fungicides if the disease becomes a problem.

Also known as double blossom disease, this fungus is common in the south and causes plants not to fruit. Flowers will appear red or pink instead of white, and the blossoms will be distorted. Leaves will gradually turn yellowish-brown.

Plant resistant varieties, remove wild brambles from the area, and prune out any diseased canes or plants.

Powdery mildew, as the name suggests, looks like a fine powder covering plants. It thrives in dry, warm climates. The best way to combat it is through prevention. Plant resistant varieties, make sure plants have plenty of air circulation, prune out infected canes, and use a fungicide if things get bad.

Leafrollers, the larva of certain moths, are prevalent on fruit plants. These small caterpillars roll leaves together using silk to create a shelter. From there, they venture out to feed on fruits, causing deformation and scarring.

To control, pick the inchworms off plants and toss in soapy water. If the infestation gets intense, apply Bacillus thuringiensis-based poison.

Don’t plant your blackberries where plants in the nightshade family have grown, as they share similar pests. Also, avoid growing near raspberries.

Blackberries need to be refrigerated or placed in a cool location as soon as they are picked. They don’t have a long shelf life. They’ll only last 5-7 days in the fridge.

Having a plan for what you will do with your blackberry harvest is smart, because once plants start producing, you’ll be drowning in berry goodness for a few weeks.

Blackberries are wonderful with breakfast. You can top off oatmeal or pancakes or make into crepes. They’re obviously tasty in desserts, but you can also get creative and use them in seafood dishes.

Blackberries can also be frozen, canned, and made into jam. That way you can keep enjoying them through the cold winter months.

One of the delights of my childhood summers was foraging for wild blackberries. Blackberries are common in fields and along the edge of the forest. They like creek bottoms that are somewhat open and sunny.

One caution: Poison ivy looks like blackberries and it commonly grows among the brambles. Wild blackberries also have big thorns and are quite prickly, so be careful when plucking the fruit.

Also, be aware that there are some blackberry varieties out there in the Pacific Northwest – the Armenian or Himalayan blackberry – that have naturalized all over the place. These blackberries considered the most economically destructive invasive weed in all of Oregon and Washington. While you can eat the delicious berries, be aware that some people poison the plants to try and get rid of them. Only pick from plants that you know haven’t been poisoned.

The Bottom Line on Growing Blackberries

Imagine yourself getting ready for the day. You’re making breakfast and your food needs some extra pizazz. You run out to the garden and grab a handful of blackberries. Just like that, your oatmeal has gone from blah to brilliant. That’s the magic of growing blackberries. Get yourself a few and share your favorite recipes with us in the comments. 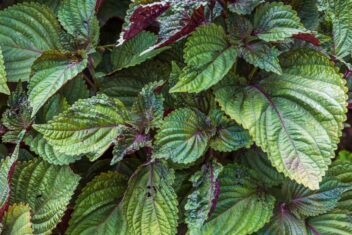 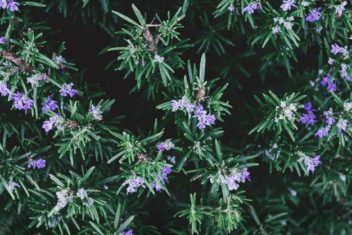 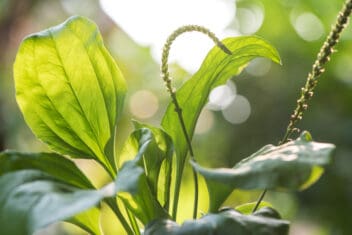 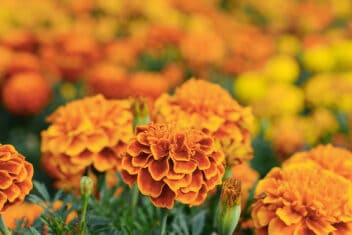