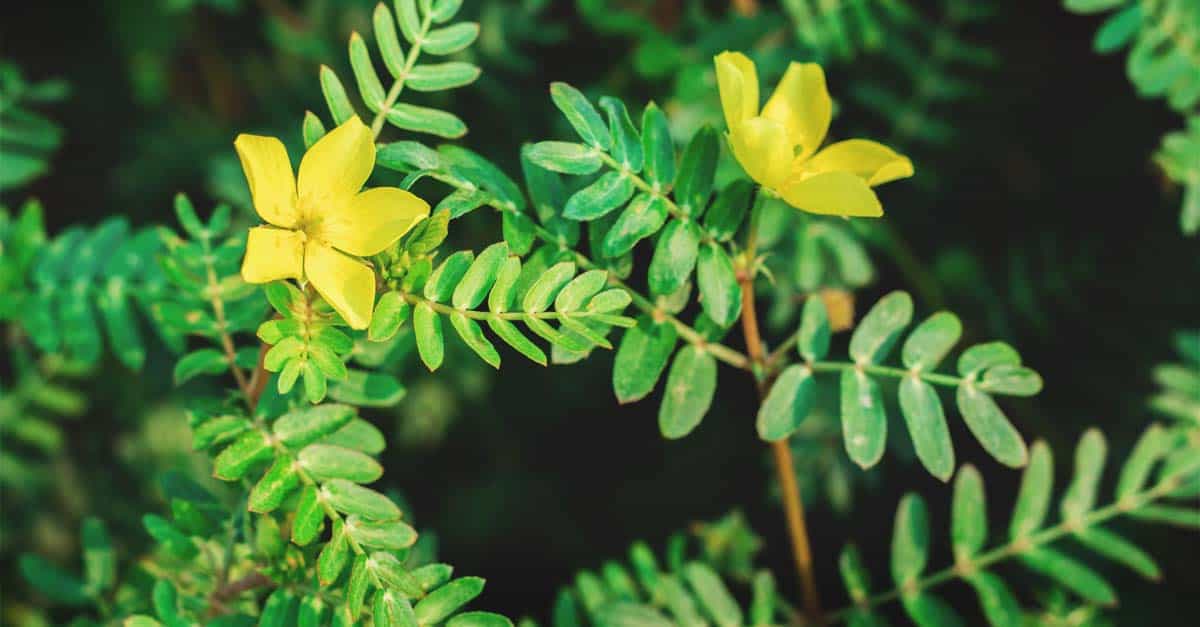 From a plant perspective, goat head weed (Tribulus terrestris) is a superhero. The fruits are covered with sharp spines or barbs that help it spread quickly. It has a deep taproot, grows in bad soil, and reseeds like you wouldn’t believe. You have to approach the plant with bravery and determination.

Goat head weed is sometimes referred to as puncturevine, cat’s head, devil’s thorn, bindii, or caltrop. It’s an annual broadleaf that readily reseeds itself. Not only is it difficult to eradicate, but it can also poison livestock and pets, and if you’ve ever stepped on it, you know it’s awful.

This noxious weed is widespread in drier climates and is found widely in the U.S. southwest and Rocky Mountain states. It’s expanding its range and has been identified as far north as British Columbia, Canada. Some communities are so desperate to control the species that they are paying a bounty of one dollar per trash bag to people who collect the plants.

It thrives in rocky locations and does well in roadsides, construction areas, and along railroad tracks. It’s also readily found in yards, pastures, and fields. It prefers dry, well-drained, sandy sites below 7,000 feet in elevation.

To get rid of this nasty weed, you have to know a little bit about it. Goat head weed typically grows as a ground cover, but in less favorable conditions, the plant will start growing upward to seek sunshine. The plants have a central crown and the stems radiate out in a dense mat. Stems and leaves are covered with hairs and the branches can grow three feet from the crown.

The plant typically flowers from April to October. After the flower blooms, the plant forms the spiny fruit. The fruit itself consists of five barbs that have several spiny points. They’re sharp enough to pierce your foot through your shoes, flatten a bicycle tire or injure the mouths of livestock.

On top of all that, the burrs are sticky and will cling to passersby. This way, the seeds disperse themselves. Goat head is hardy and prolific and can produce between 200-5,000 seeds per season depending on the growing conditions.

The seeds are long-lived and can remain dormant in the soil for up to five years. If all that wasn’t bad enough, the plant has a long taproot that goes deep into the soil.

An invasive species is a plant or animal that is not native to where it’s currently living. They often out-compete native species causing harm to the environment and economic loss for farmers.

Goathead is an invasive species that is native to the Mediterranean. It easily outcompetes native species by smothering them. This causes a lack of diversity and it harms wildlife. Native plants and animals evolved together and support each other, so when an invasive species takes over, it’s bad for the entire local environment.

Goat head weed is a danger to your animals. It can cause harm to their mouths and digestive systems if they accidentally eat the burrs while grazing. Typically, livestock will avoid it when other forages are plentiful.

The leaves are toxic to animals when consumed in large amounts. In addition, it can cause necrosis of the skin, damage to the eye, and in extreme cases, it may cause deaths in immature or smaller animals.

Sheep are particularly sensitive to goat head weed, and it can cause them to have a photovoltaic response that results in sensitivity to light. If they ingest the leaves, it may cause swelling of ears and lips. The burrs can also become tangled in the wool, which ruins the fiber quality and can cause skin lesions.

Getting Rid of Goat Head Weed

Eliminating goat head weed from your property can be a major challenge, but it’s possible. Your best bet is to take a multi-pronged approach.

The first step in getting rid of goat head weed is to prevent it from reproducing. Don’t let the plant flower or go to seed. Remove any seedlings by pulling them up, tilling them, burning them – whatever it takes.

The best method is to manually pull out each plant. Make sure soil is well-watered a few hours in advance to loosen it. Use a twisting motion and slowly pull the plant upwards to make sure you get the entire woody taproot. Dispose of them immediately before the seed pods fall off.

You can also burn the plants. Use a propane torch weeder to burn plants down to the ground. This may have to be done several times since they can regrow from the roots. Make sure you follow your local laws on burning.

If you’re lucky enough to not have goat head weed on your property, you still need to remain vigilant. The spiny burrs are made to travel, and people and wildlife unwittingly spread it around.

Take precautions so that you don’t bring the burrs into the house. Wipe your shoes off on a rough mat outside. If you have been working in the yard or garden, remove your shoes on the porch or in a mudroom. Check your pants for signs of burrs. Sweep and vacuum floors frequently. You will also need to check your pet’s fur before they come in and jump on the couch.

Rake up any burrs you see around the plants so that they don’t establish into new plants. You will want a pair of heavy leather gloves when you deal with the burrs.

One nifty trick is to use a scrap of old carpet to collect the burrs. Simply press the carpet side down on the ground so the burrs stick to it. Then, dispose of the carpet.

After you get rid goat head weed, you can reseed or plant with a strong native grass or flower. If you’re in the southwest desert mallow is a beautiful, easy to grow wildflower that can out-compete goat head weed.

St. Augustine is a good broadleaf grass to try, as well as buffalograss, blue grama, black grama, or tobosagrass.

You can purchase puncture vine weevils from biological supply companies, but this method has several drawbacks. Weevils location-sensitive and may not survive if you buy them from a company far away.

The success rate with them is mixed. Biocontrol insects will only continue to live in areas where the populations of the host plant are high and can support them. Also, make sure they will not harm other plants in your vicinity.

Contact your extension agent to see if they may be worthwhile in your area.

You can spray goat head weeds after they emerge in the spring with a chemical weed killer. Once they’ve flowered or seeded, you’re better off using one of the other methods.

Home remedies have mixed reviews, but Epsom salts and white vinegar is one method worth trying. The weed doesn’t like the acidic vinegar. Mix 1/2 cup of Epsom salts and 1/2 cup of white vinegar in a gallon of water. Pour over the plants so that it saturates the ground. Extension agents report that this may work on small patches but are not an overall effective way to deal with the problem.

Despite your best efforts, you may find yourself stepping on a goat head weed spine. Lameness can occur in animals who step on the spines, which embed themselves in hooves or paws. The spines will go right through a soft-soled shoe and are murder on bare feet.

To remove a spine, pull it straight out from the direction it went in. Wash the area with hydrogen peroxide. You can also dab on some antibiotic cream, aloe, comfrey or witch hazel. Watch the puncture for signs of infection.

It isn’t easy to get rid of goat head, we’re not going to lie. But if you keep at it, it’s possible. Try a combination of these techniques and you’ll have your problem under control in no time flat. 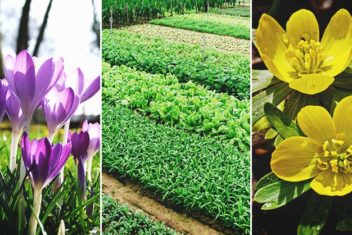 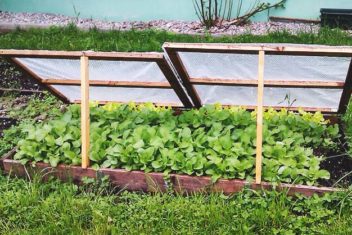 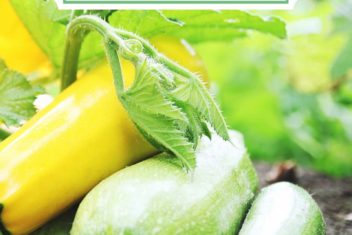 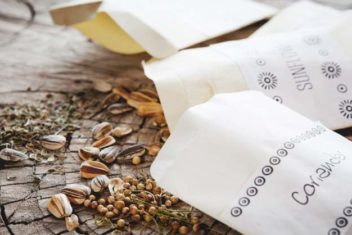 12 Ingenious Ways To Get Your Hands on Free Seeds

Sooty Mold on Plants: What It Is and How to Get Rid of It 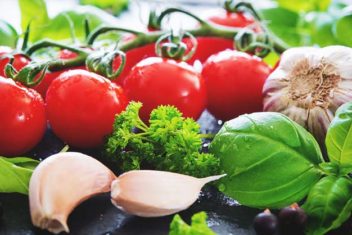 9 Steps to Deciding What to Plant in Your Vegetable Garden 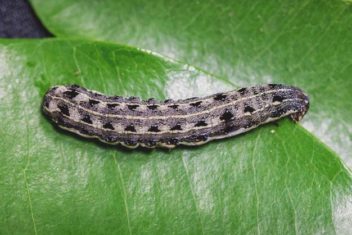 How to Identify and Get Rid of Cutworms From Your Garden 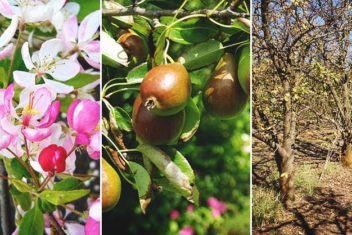 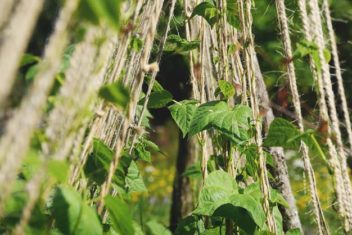 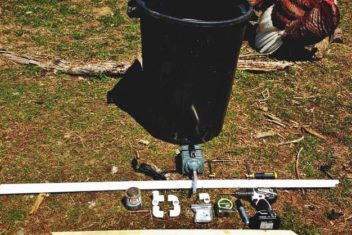 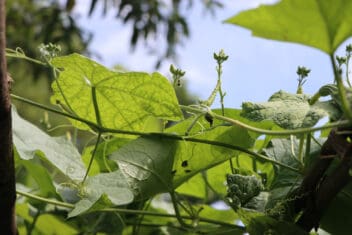 How to Grow Zucchini Vertically 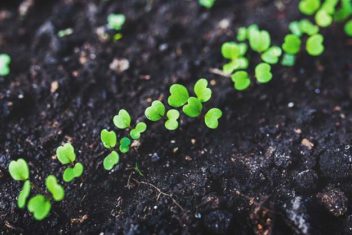 How to Store Seeds Correctly and Why It Is Vitally Important 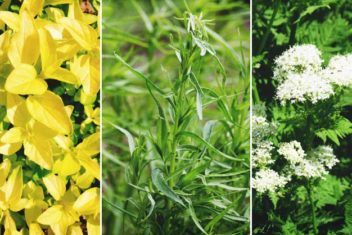 14 Versatile Herbs That Grow in the Shade 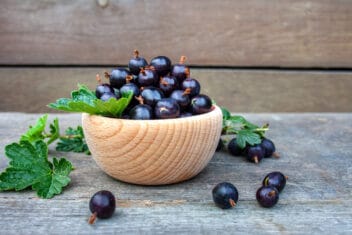 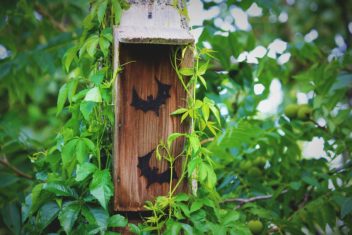 How to Attract Bats to Your Garden (and Why You Should) 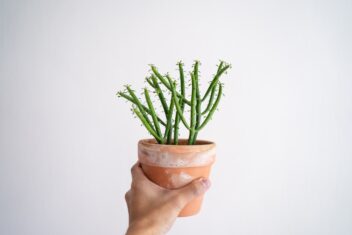 How to Grow and Care For Pencil Plant – The Unusual Succulent 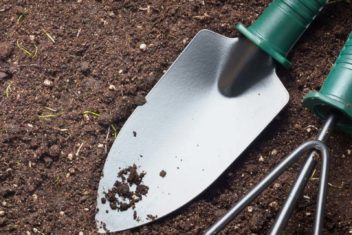 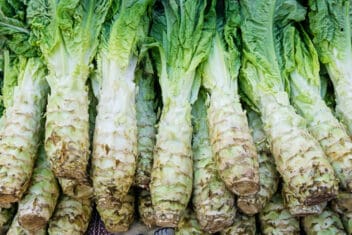 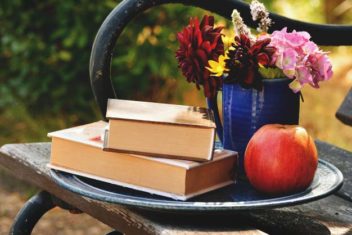 The Best Gardening Books for Every Type of Garden