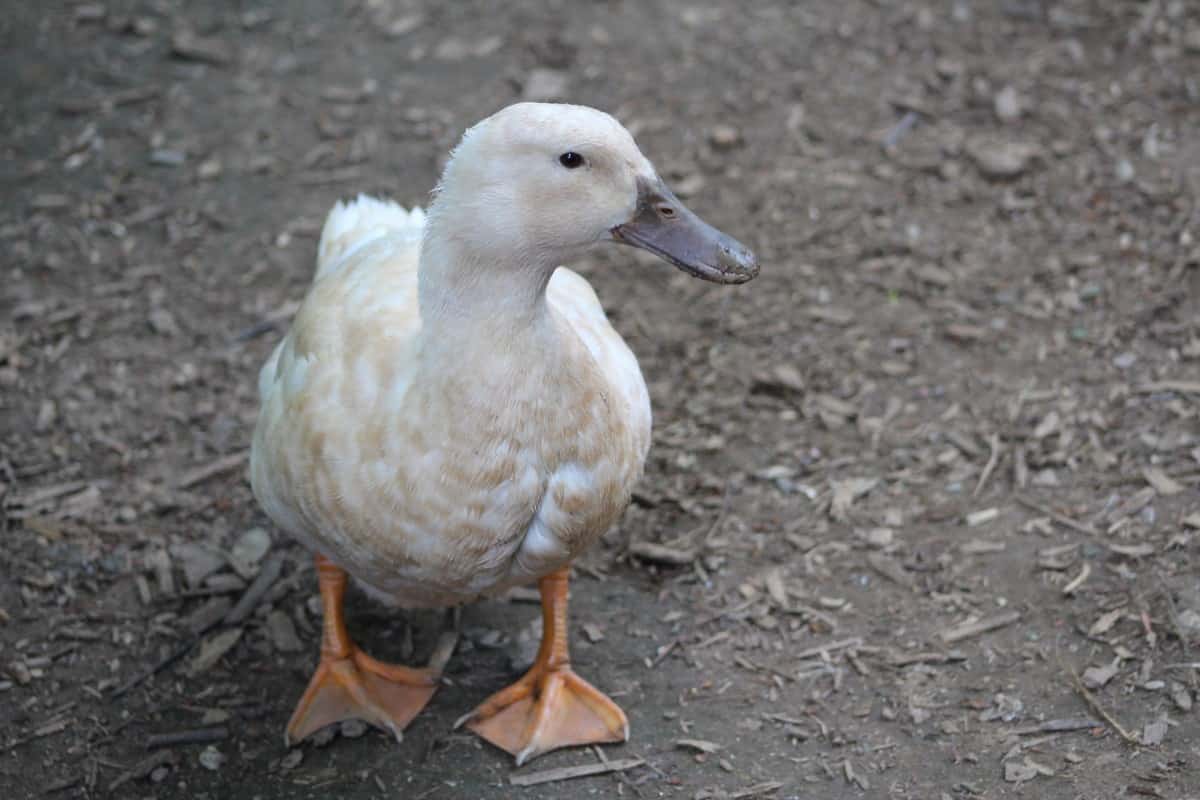 Stop the presses. Are we talking about Orpington ducks? We’ve all heard of Orpington chickens, but not everyone’s heard of their web-footed counterpart.

If you haven’t heard of Orpington ducks, you’re in for a treat learning about these sweet birds. Buff Orpingtons are the perfect dual-purpose duck breed for any homesteader after meat, eggs, or a combination of the two.

These beautiful ducks originated in Orpington, Kent, through the careful breeding efforts of William Cook. You may not be surprised to learn that Cook was also responsible for creating Orpington Chickens, one of the most popular chicken breeds today.

The Buff Orpington was bred through a well thought out combination and crossbreeding of the Cayuga, Runner, Aylesbury, and Rouen ducks. After being introduced to the US in 1908, Buff Orpingtons were recognized by the American Poultry Association in 1914.

Although the Buff color variety is the one initially accepted into the American Poultry Association’s Standard of Perfection, Blue, Black, and White Orpingtons were also created.

Well-bred Orpington ducks are expected to weigh somewhere around 7-8 pounds at full-grown weight. Be sure to ask your breeder what their parent stock generally weighs to get a good idea of the size of your own ducks.

Many breeders and even well-known hatcheries can sell much smaller Orpingtons, which is an indication that they may be poorly bred.

You can expect the same sweet and docile temperament found in Orpington chickens in your Orpington ducks. This breed is excellent at foraging with a very active, but less flighty disposition.

In addition to being such good foragers, you can count on your Buff Orpington hens to raise plenty of ducklings when given the opportunity. These ducks are committed mothers when it comes to hatching and raising ducklings, so you don’t have to worry about a thing!

Buff Orpingtons aren’t the top egg producers out there, but they certainly aren’t too shabby either. You can expect a single hen to lay 150-220 eggs a year, which ranks them above many breeds as far as their egg production goes.

Although this breed isn’t the biggest out there, they have a lot to offer when it comes to meat production. Buff Orpingtons are rapidly growing ducks, reaching a full-grown and ready to process weight in just 8-10 weeks. In addition to their reasonable grow out time, Buff Orpingtons have light pinfeathers, which make for an attractive carcass.

Orpingtons dropped in demand when Pekins came around because Pekin Ducks reached a larger size in less time. However, it is worth noting that Orpingtons still carry the title of being the tastier duck.

The way you feed your Orpingtons may vary depending on your intended use for the duck. If you plan on keeping your Buff Orpingtons for pets or eggs, a standard laying diet will suit them perfectly. When raising Orpingtons for meat, a broiler diet will work well to make sure they grow as plump as possible.

If you’re new to keeping ducks or have some questions regarding diet, refer to our comprehensive duck feeding guide for all the information you need to know for laying or broiler diets, treats, and more.

Housing for Orpingtons is fairly standard as far as house and fence requirements go. These ducks do well in a free-range environment but will tolerate confinement just fine. Make sure to provide a minimum of 4-6-square-feet per duck in the coop and don’t forget that ducks don’t need roosts or raised nesting boxes.

In the run, provide 10+ square feet per duck and always make sure they have access to plenty of water.

A well-housed and fed Buff Orpington shouldn’t cause you any health issues other than regular ailments that can occur in any flock. This is a hardy breed that will thrive given healthy living quarters and plenty of loving care.

The 2015 census only found 1,088 breeding Buff Orpingtons in North America, which means this duck could use dedicated breeders. Due to endangerment, it can be difficult or pricey to acquire good breeding stock, but it is well worth the effort.

As you choose your breeding stock, be sure to avoid underweight birds that have a history of poor egg production. When breeding for show, you’ll have to choose birds with the most buff plumage possible for your parent stock.

For production birds, pick ducks with light pin feathers for the best-dressed carcasses possible. Active and robust ducks are excellent choices no matter what your breeding purpose may be.

Another excellent dual-purpose duck breed is the Silver Appleyard if you aren’t quite sure about Orpingtons. Silver Appleyards have slightly better production and slightly larger size, making them quite the well-rounded duck.

Whether you’re a new duck keeper or a well-seasoned expert, the Buff Orpington makes an excellent addition to any farm. You surely won’t be disappointed when you bring this dual-purpose breed home. 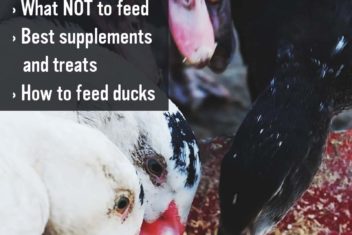