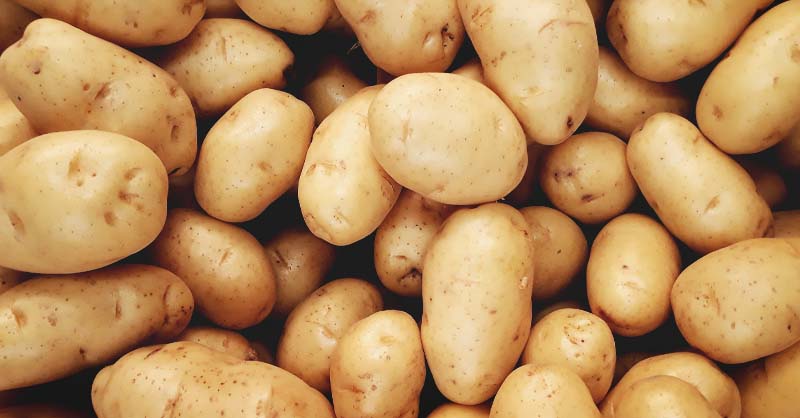 Ah, potatoes. The humblest of vegetables. I grow them every year even though I have a relatively small garden space. I find a way to make room for potatoes. My harvest is hit or miss, depending on the year, but it’s always lovely to see the plants grow. The foliage fills up the garden quickly, and the flowers attract pollinators.

My first time growing potatoes, I took tubers from my parent’s cupboard that were starting to sprout and put them in piles of dirt in empty recycling bins. The blue bins rapidly overflowed with potato plant leaves, and I was gifted with a stunning spectacle. They grew better than anything else in my garden.

When I harvested the small potatoes (small, mostly, because I was too impatient and inexperienced to realize I was digging them up too early), I was hooked. Who knew a potato could taste so buttery, so complex, and so rich?

Even though potatoes don’t cost a whole lot at the supermarket, I’m still drawn to growing them. There’s nothing more exciting than harvesting potatoes. It’s a literal treasure hunt as you thrust your hands into the soil to search for the hard round tubers. Each underground discovery is a magic moment. It’s the one garden task that I like to rope non-gardeners into, because who doesn’t love finding hidden gold?

But there’s more to harvesting potatoes than simply tossing around dirt to find the carb-loaded gems. Dig too soon, and you’ll sacrifice better yields. Wait too long, and frost might cause the fruits of your labor to rot underground. If you’re wondering when to harvest potatoes, you’ve come to the right place.

Potatoes are classified according to their maturity dates. There are three main types of potatoes: early, mid-season, and late-season. Regardless of the kind of potato you’re planting, potatoes prefer cool weather and you should plant them early in the season.

Most potato suppliers send out seed potatoes according to a schedule that takes into account your specific region’s last frost date. If Mother Nature is being uncooperative, stick those seed potatoes in the fridge for safe keeping.

Avoid planting any variety of potato too early. Eagerness will only result in a sad mess of rotted potato carcasses.

When to Harvest Potatoes

While the maturity date range for each variety you plant is an excellent guideline for when it may be time to harvest your potatoes, it’s not the only way to figure out when it’s time to pull up your tubers. Weather and other factors may play a part in extending or shortening the growing time required before harvest.

Why is figuring out when to harvest potatoes such a common dilemma for gardeners? I think it’s because potatoes are a mystery until you pull them up. Even with plenty of foliage, you have no definite way to know what’s going on underground. Disturbing the roots is not an option, so instead, we furiously Google to find the answer. With that in mind, here’s a rough guide to what you can expect:

How Do I Know When to Harvest Potatoes?

All the rough guidelines in the world can’t tell you for sure when it’s time to harvest your crop. That’s why it’s important to know what to look for. First, what kind of potato are we talking about? If it’s early summer and your late-season potatoes are dying over, it’s not likely that they’re ready for harvesting. You may have another issue on your hands like disease or a pest infestation.

If the timing is right, you’ll know it’s time to start digging when your potato plants start turning brown and dying over.

If you’re still not sure? It’s fine to dig a bit to take a peek. Just be cautious. I once decided to dig up all my potato plants because I was so excited to find a reasonably sized tuber when I did a test dig. It turns out, that was a fluke potato, and I was left disappointed. I should have left the plant alone for a bigger harvest.

Note that late-season potatoes are typically larger than early and mid-season varieties. Feel free to dig up a few small taters as soon as they’re big enough. Be gentle when digging them up so you can set back the plant so other tubers may continue to grow for later harvesting.

The beautiful delicate blooms that dot potato plants are one of my favorite parts of growing potatoes. However, their appearance doesn’t mean it’s necessarily time to start cramming a shovel into the earth.

On the other hand, with early season potatoes, flowers may be a sign that your tubers are almost ready for digging. You may be able to dig up a few new potatoes for fresh eating.

I Found a Green Potato, Does This Mean it’s Still Growing?

Green potatoes have been exposed to sunlight and should be discarded as they contain poisonous compounds that should not be consumed.

My Potato Plants Looked So Healthy and I Dug Them Up to Find No Potatoes. What Happened?

You may have excess nitrogen in the soil, or you could have provided your potato plants with too much fertilizer. Too much nitrogen results in beautiful greenery, but tuber growth is sacrificed.

A lack of tubers may also be a sign that the soil is not potato-friendly. Rocky soil may produce deformed tubers or a minuscule crop. If neither of these sounds like possibilities, you may have your timing wrong. Patience is essential when it comes to growing potatoes!

How Do I Harvest Potatoes?

GENTLY. Too rough and you might break the skin of even thick-skinned varieties. This hastens spoilage. Everyone has different methods that they prefer, but my favorite is to dig around with gloved hands searching for what’s hidden under the earth.

You could also dump out your pots or containers to easily spot tubers. If the earth is loose enough, try to pull up whole plants to reveal the system of roots and tubers.

I like to make it a fun activity and invite others to dig along with me. It’s an activity I imagine would be plenty engaging for children.

How Do I Store Potatoes?

Non-storage potatoes are best eaten quickly after harvesting and keep well for a week in a cool dark place (I like keeping mine in the fridge because in the summer my home is much too warm).

Dig up new potatoes to eat fresh, since the thin skins of these early harvested tubers are not suitable for storage.

If you’re harvesting storage potatoes, which have characteristically thick skins, eat the damaged ones first. You can leave tubers in the ground until you’re ready to eat them, but don’t wait too long as they may rot or get stuck in the ground if a frost occurs.

Storage potatoes last longer in the ground but don’t wait too long to pull them. The dead foliage may attract pests and disease. Eat any damaged potatoes first since they’ll be the first to spoil.

Once you’ve harvested your sure-to-be tasty tubers, clean them off with a soft, dry brush or cloth. Don’t use water. Store them in an area that’s cool and dark and away from things like onions which emit gasses which can cause taters to spoil.

To cure potatoes, they must be kept between 45-60°F for a couple of weeks. After the curing is complete, potatoes should be stored in cooler temperatures of about 40°F. Don’t expose them to light and remove any tubers that feel soft or mushy.

Do you have any tips for your fellow potato growers? How do you cope with the mystery of knowing when to pull tubers from the ground? Let us know in the comments! 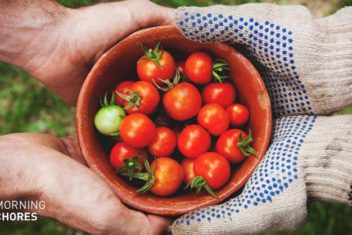 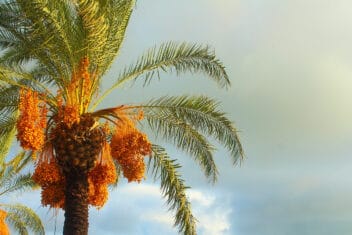 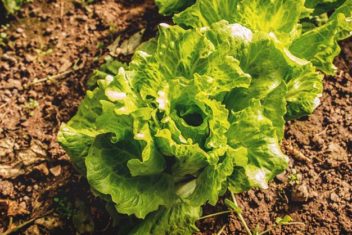 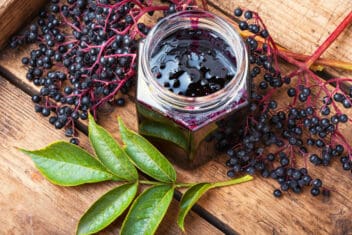 Growing Black Elderberries: A Complete Guide to Plant, Grow, and Care For Elderflowers 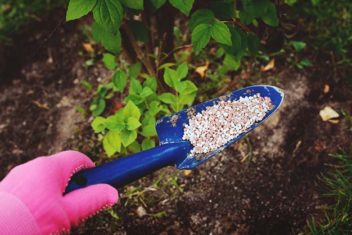 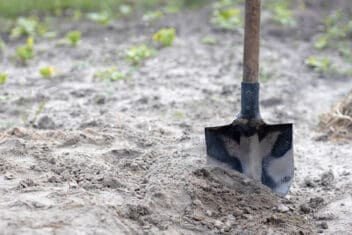 Gardening on Sandy Soil: 4 Ways to Improve Sandy Soil and What to Plant 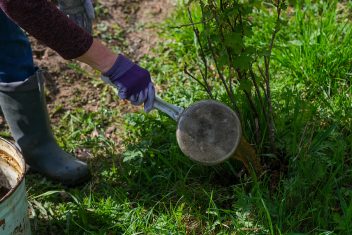 How to Make Weed Tea Fertilizer to Boost Your Garden 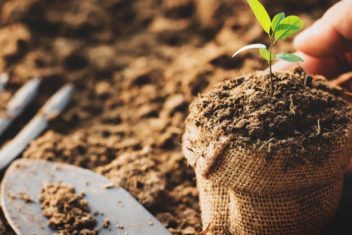 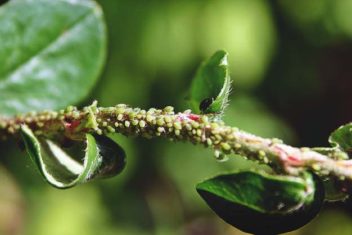 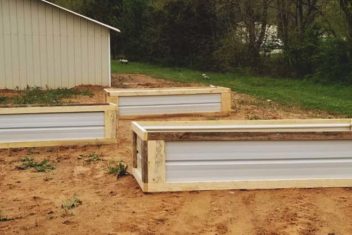 How to Create DIY Raised Garden Beds with Scrap Wood 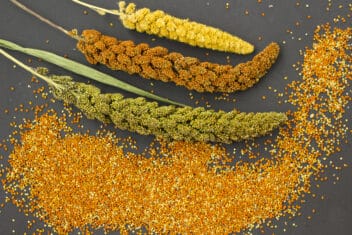 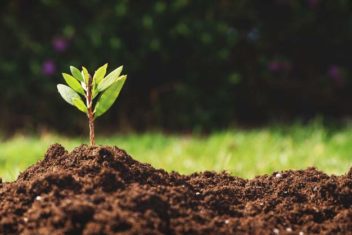 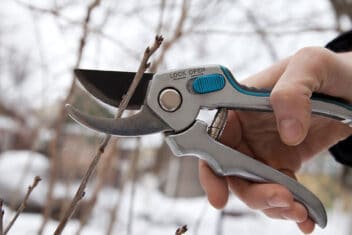 Winter Pruning: What Plants to Prune and How to Do It 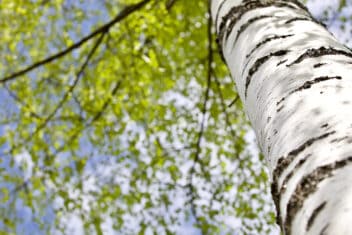 Birch Trees: How to Plant, Grow and Care For An American Classic 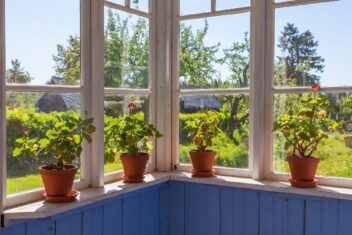 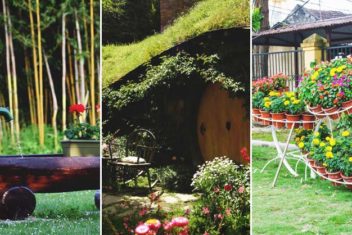 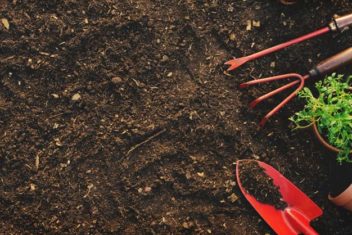 How to Make Even More Compost Using Bokashi 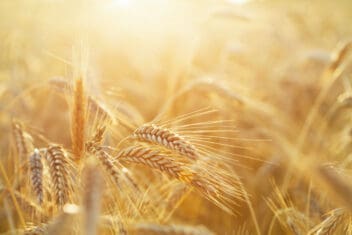 Growing Rye: How to Plant, Care For, and Harvest This Healthy Cereal