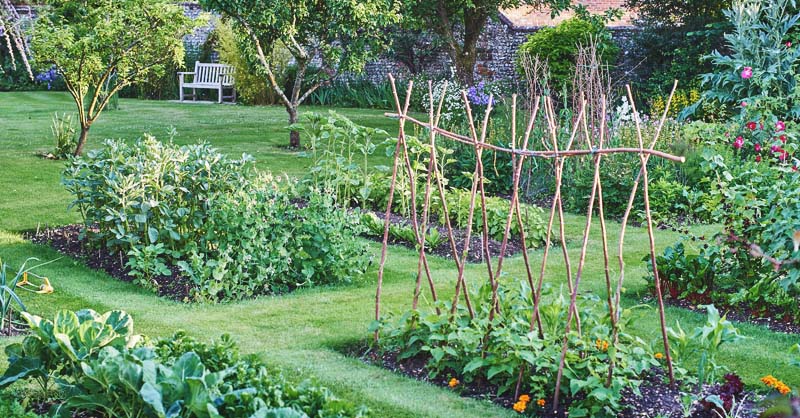 Who doesn’t love going out to the garden under a full moon? There’s something magical about the way the light changes the way things look. But the moon is more than just a pretty face – it has more to do with the health of your garden than you may realize. While gardening by the moon’s cycles may sound like a bit of folklore, the concept has some science behind it. Planting by the moon can actually make your plants more productive.

Most people plant when it is convenient, like when the weather cooperates or when the family is home and can pitch in to help. But there are advantages to planting according to the stages of the moon. When we plant this way, we take advantage of the best growing circumstances for our young seedlings. This helps us to have healthier plants that produce better.

So how does planting by the moon work? Obviously, the moon revolves around the Earth. Humans have watched this celestial phenomenon and have categorized the moon by four cycles, each defined by the part of the moon is visible to us. That’s where we get the terms full moon, first-quarter moon, new moon, and third-quarter moon. These lunar cycles have an effect on the entire planet, and that includes your garden.

The moon affects several areas of growth including the moisture level in plants and the amount of reflected sunlight they get at night, which impacts everything from the moisture in the soil, root growth, and the performance of the leaves. In addition, seeds swell and get ready to germinate during certain moon cycles.

Planting by the lunar cycles is an old tradition. In fact, the first lunar planting guide was written in the Middle Ages. Gardening by the moon has been around such a long time because it has some merit. Once you know how to do it, you can harness the power of the moon to improve your crops.

The Science of It All

Gardening by the moon. It sounds like science fiction or reminds us of pagans dancing under a full moon. However, there is some real science to this gardening method.

The moon has four basic phases which last about seven days each. Every month the moon goes through these four phases in a regular pattern. These phases are marked by the visible part of the moon from Earth and the moon’s brightness or dimness. We refer to this as the moon’s luminance.

You most likely learned in elementary school that the tides are affected by the moon. There is a gravitational pull between the moon and the Earth. As the moon travels around our planet, it affects large bodies of water such as the oceans. This is what causes high and low tides.

The moon is the closet object to the earth with a gravitational pull. The sun also has this power, but it’s too far away to affect things like water ebb and flow. Although, when the moon and sun are on opposite sides of the earth, they have a combined pull that creates the largest tides.

The same thing happens to moisture in the soil, just on a smaller scale. Soil moisture is pulled up through the ground around the full moon. When the moon is full or new it causes a higher gravitational pull on the planet, which causes the water to rise to the surface.

Scientists have tested seed emergence under different moon cycles and have shown that seeds absorb more water during a full moon.

Planting by the Phases of the Moon

Gardening using lunar cycles tells us when it’s best to plant seeds, prune or till the soil based on the moon’s phase. Basically, above-ground crops get planted when the moon is waxing and below ground crops when it’s waning.

The new moon pulls water up in the soil. If you have just planted seeds, this will cause them to swell and burst open. This is the first step in their growth stage. The new moon is also believed to cause a balanced growth in the young plant between leaf and root development.

The best plants to put in the ground during this time include those that produce seeds that don’t form within the fruit. Think of plants like lettuce, cabbage, spinach, kale, broccoli, tomatoes, and pumpkins.

During the second quarter moon, there is less gravitational pull but still lots of moonlight. This is good for leaf development. Plants that grow well at this time are those with larger leaves such as squash, melons, and beans.

If you plant towards the end of this cycle and right before a full moon you will have optimum growth because the soil has more water and the moon is bright.

During the full moon, the light is bright and the gravitational pull is at its highest. This stage is good for the root development of plants.

The best crops to plant during this time are root crops such as carrots, turnips, and beets. This is also a good time for planting bulbs and transplanting perennials.

The fourth quarter is the moon’s “quiet period.” There’s less light and a lower gravitational pull.

This is considered the best time for doing garden chores. Things such as pruning, cultivating and harvesting are perfect activities during this time because the lower moisture levels mean less harm to plants.

Does all this mean we should ignore regional guidelines? Absolutely not. Your climate is an important factor in planning your garden.

When planting by the moon, also pay attention to your region. Lunar calendar dates change according to what region of the country you live in. There are four regions in the United States which encompass in different geographical areas.

In addition to planting according to the lunar cycle, some people in the past, and even today, planted according to the zodiac signs as well. In the ancient lore of astrology, there are twelve different signs. These signs are divided into four natural elements: water, air, earth, and fire. Though there isn’t much science to support this ancient gardening philosophy, it’s fun to understand what the concept involves.

The zodiac signs that represent water are Cancer, Pisces, and Scorpio. During the months corresponding to these signs is considered the best time for planting because the seed or plant is absorbing water. Lettuces, greens, and brassicas were especially believed to benefit from being planted during this time.

The earth signs are Taurus, Virgo, and Capricorn. It was believed that root crops were best planted during the months of these signs.

Air signs were thought to be good for flowering but not for planting as the soil was thought to be dry during this time. As such, the signs of Libra, Gemini, and Aquarius were believed to be a good time for harvesting and cultivating the soil.

Fire signs such as Leo, Aries, and Sagittarius were considered dry and not good planting signs. Pruning and weeding are good activities during fire signs. It was also thought to be advantageous to harvest and store crops during these cycles.

In this modern age, gardening by the moon may seem silly or superstitious. On top of that, coordinating with the lunar cycle may not mesh well with our hectic lifestyles. But planting by the moon does have scientific merit and can help us to have a better garden.

I also take special pleasure in connecting with nature on a level that includes the universe and not just my climate and region. Paying attention to the cycles of the moon puts me in touch with the whole planet, my ancestors, and the gardeners that came before me. 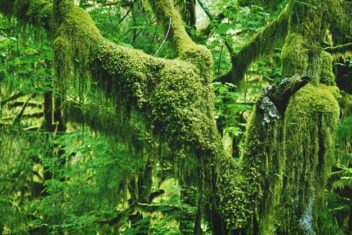 20 Types of Moss to Consider for Your Next Garden Project 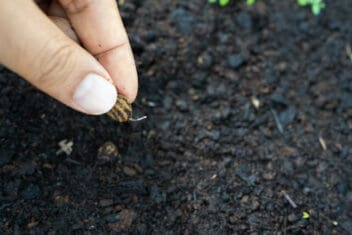 Seed Scarification: How, When and Why to Scarify Seeds 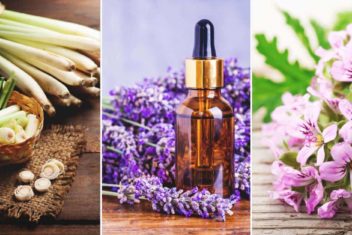 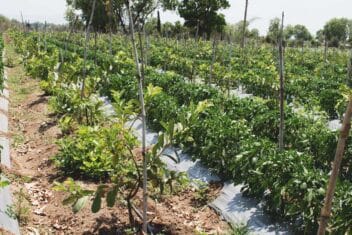 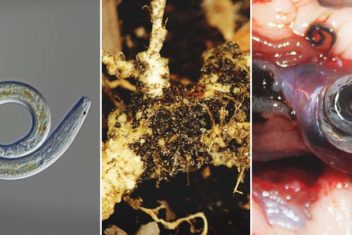 Are Nematodes a Friend or Foe for Your Garden and Livestock? 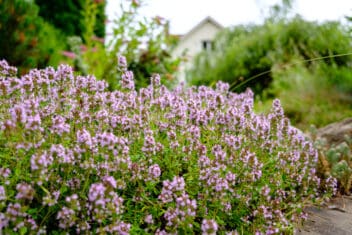 A Guide To Living Mulch and How To Use It 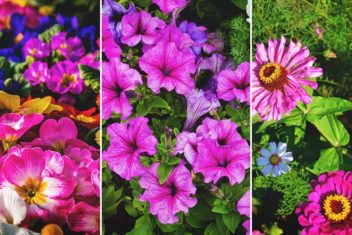 15 Annual Plants Worth Checking Out 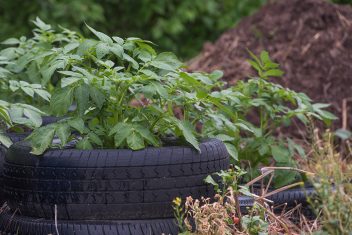 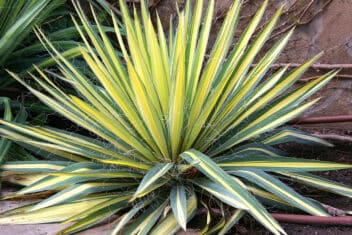 Growing Yucca: How to Plant, Grow and Care for this Desert Classic 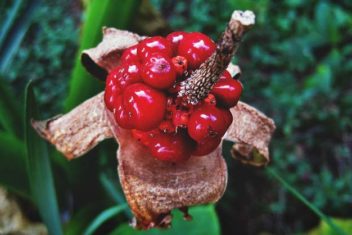 Seed Stratification: A Comprehensive Guide to This Seed Germination Trick 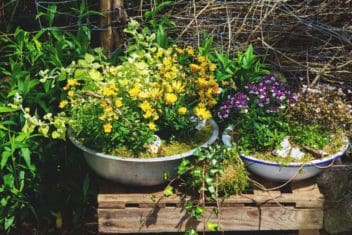 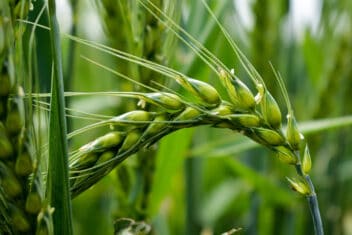 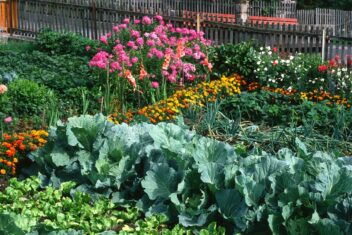 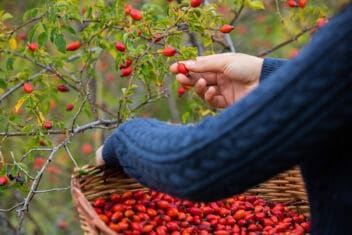 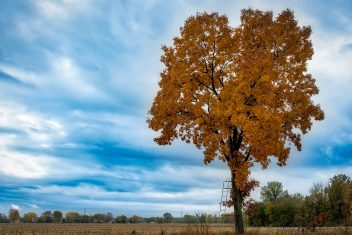 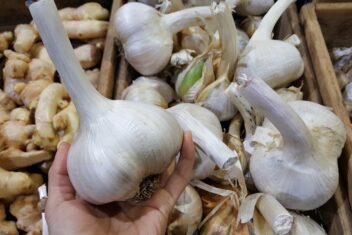 Can You Plant and Grow Garlic From the Grocery Store? 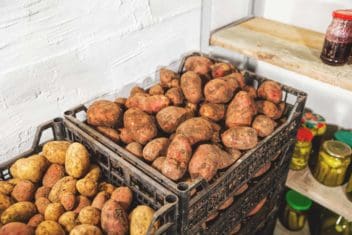 A Beginner’s Guide to Creating a Root Cellar Garden 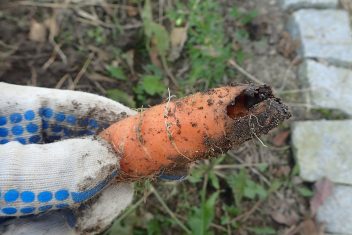