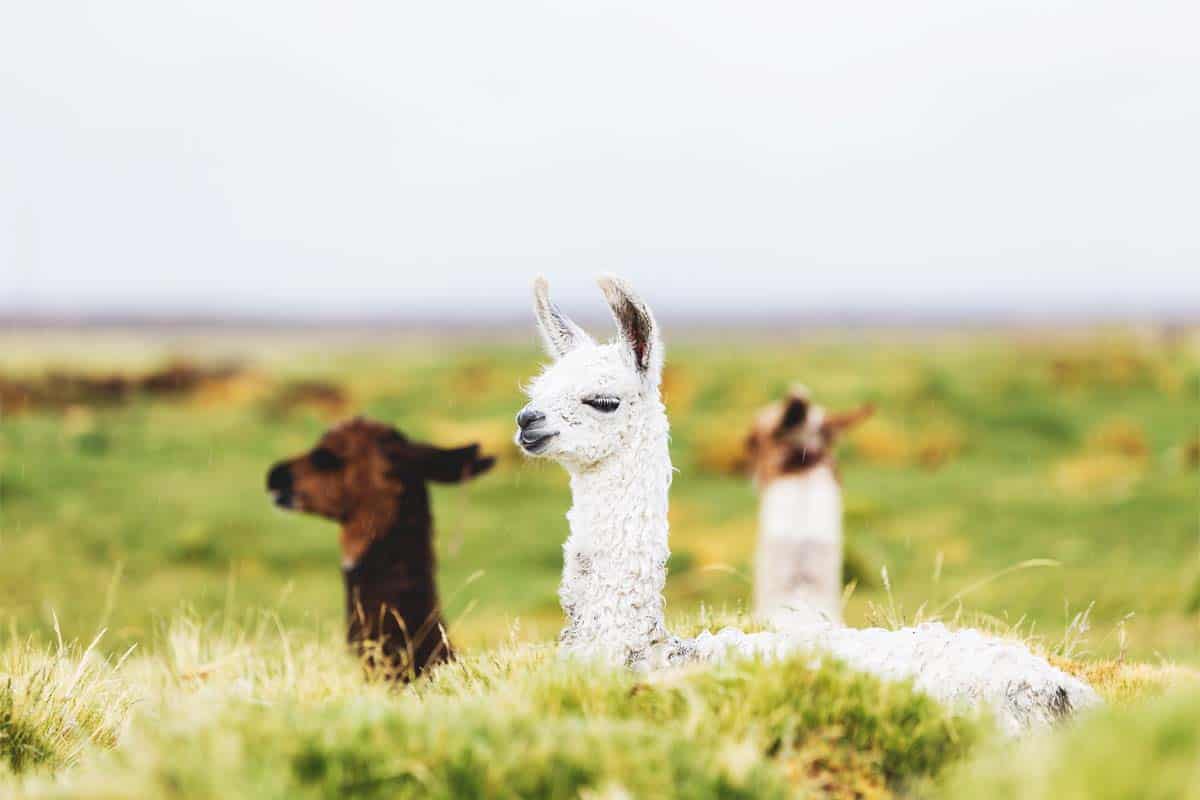 If you’re raising large groups of animals, you might wonder what kind of systems you need to put in place to keep them protected from predators.

While building strong, durable fences should be your first line of defense against intruders, even the most well-constructed fence won’t always pass muster when it comes to a particularly tenacious predator.

When my flock of sheep was being eyeballed by coyotes last year, my husband and I began to entertain a conversation about investing in a livestock guardian animal.

Eventually, we decided that it wasn’t the right time to make such a decision. Luckily, our coyote problem more or less went away on its own.

However, that certainly will not be the case with all farms or homesteads.

If you’re worried about predators getting to your animals, it might be time to consider a livestock guardian animal.

Do I Even Need a Livestock Guardian Animal?

In some cases, a livestock guardian animal may be totally unnecessary.

Alternative Modifications You Can Make

Obviously, if you don’t have any predator issues – or if there are predators in the vicinity but your animals are well-protected – you don’t need to invest in protection. There are predators of some species that are quite easy to deter with simple steps, too.

Take chickens, for example. Chickens are small prey. Therefore, you can usually keep out predators like weasels, raccoons, and hawks with well-built chicken coops or electric poultry netting. You can also invest in a covered run that’s made out of raccoon-proof materials.

Here we discuss in-depth how hawks operate and how to protect your chickens: How to Keep Hawks Away.

Sometimes, something as simple as having a pet dog on the premises can be enough to deter a wily chicken predator.

Good fencing is also a lifesaver when it comes to keeping predators out (and your livestock in, of course). Your fences should be built to keep the wiliest kind of livestock that you have in, and the most tenacious predators out.

We have a couple of great guides for you:

When we built our last sheep fence, we invested in tall page wire that we knew our sheep wouldn’t be able to push through or jump over. We were convinced that this wouldn’t be enough to keep coyotes from leaping over the top or digging under the bottom. So we also lined both top and bottom with barbed wire. We haven’t had a problem.

Another option is to consider multispecies grazing. This concept involves grazing multiple species of animals together in the same pasture. If you graze sheep with cattle, the likelihood of predators is almost nonexistent. The cattle usually scare smaller sheep predators away. The same theory applies to grazing chickens with sheep. The sheep will take their turn, keeping weasels and raccoons far away from the chickens.

Don’t Get Caught Off Guard

Don’t be fooled, however, into assuming that just because you live in an urban or suburban area, that predators won’t be a problem.

There are all kinds of urban predators that can go after livestock, including birds of prey, dogs, cats, and sometimes (yes, even in the heart of a city!) coyotes.

Donkeys and llamas of all breeds can be used as livestock guardian animals. You don’t have to invest in a particular type of animal for this to be successful. However, keep in mind that donkeys and llamas are really only designed to ward off canines. They aren’t going to be as effective against small mammals, humans, or aerial predators.

As a result, donkeys and llamas are usually chosen to protect bigger livestock, like sheep and goats.

Livestock guardian dogs can be used to protect virtually all kinds of livestock, including sheep, goats, and chickens. However, you need to invest in highly specific training in order to get them bonded to and caring for your livestock.

We also review the top 10 LGD breeds in an article, and also discuss whether you should get one or not in our discussion article about farm dogs.

You may be surprised to see that geese made the list of livestock guardian animals! Geese should really only be used with chickens, and even then, their uses are somewhat limited. However, many people successfully raise chickens with geese to help deter small poultry predators like weasels, skunks, and rodents.

Questions to Ask Yourself When Choosing an LGA

What Kind of Predators Are Nearby?

Evaluate the predator load in your area. Often, you will be able to get a good idea of what predators are afoot just by being observant. What kinds of tracks do you see? If you have a trail camera set up, what kinds of animals are you seeing? What issues have your neighbors had? Can you identify any scat?

Once you know which animals are around, you’ll get a good idea of what threats are presenting themselves to your livestock. Then, you can get a bit more specific.

A livestock guardian dog, on the other hand, will go up against anything that it views as a threat. This includes a canine, a wild cat, a bear, or – this is important to emphasize – another human.

What Kind of Livestock Are You Guarding?

Llamas and donkeys, on the other hand, are more difficult to train. They guard the territory more than they guard the livestock.

Do You Want Personal Protection, Too?

If you want an animal that will protect your entire homestead – and not just a group of livestock or a chunk of pasture – you may want to go with a livestock guardian dog. Donkeys and llamas don’t usually bond with people like dogs do. Dogs can keep human intruders away as well as animal ones.

Do You Own Domestic Animals?

Do you already have a dog or cat? Think carefully before bringing a livestock guardian animal on site. If you can keep the areas separate – and the animals out of each other’s eyesight and daily walks of life – you will probably be okay.

However, if you think you will struggle with keeping the two groups of animals separately, having a livestock guardian animal might not be a great idea.

Your livestock guardian dog, for example, is unlikely to view your pet dog any differently than a wild dog. You might be putting the two at risk for injury or significant amounts of stress.

How Many Animals Will You Be Guarding?

Decide how many animals need protection before you invest in your livestock guardian animals. While one livestock guardian dog is usually effective on its own, you can also pen multiple dogs with large herds or flocks of animals. In fact, dogs often work well in pairs.

Donkeys and llamas, however, bond to each other more than the livestock they are there to protect. Therefore, you might find that they are less protective of your animals and need to be kept singly instead of in pairs.

What Kind of Fencing and Facilities Do You Have?

In most cases, the existing facilities and fencing that you have on-site for your livestock will be sufficient for donkeys, llamas, and geese – but that’s not the case with dogs.

Dogs tend to be more dogged (no pun intended!) defenders and will chase intruders far out of the territory, which can cause them to become lost or injured far away from home. A good fence is necessary to prevent this from happening.

You will also need separate feeding or housing facilities, in some cases. Donkeys and llamas usually can eat the same feed or pasture that their livestock do. Dogs, of course, need to be fed separately.

What Kind of Training Will Be Necessary?

Donkeys and llamas don’t need much extra training to be livestock guardian animals. Dogs, on the other hand, need special training. They often must be purchased as puppies so that they bond to your livestock.

A final question – and one that many people overlook in their excitement to add a new member to the farm – is whether they can actually afford a livestock guardian animal.

These animals are brought to the farm for the sheer purpose of protection alone. A livestock guardian dog isn’t going to produce wool for you like the sheep it is guarding. You can’t butcher off your guard donkey when it’s time to send the lambs to market.

Yet at the same time, you will still need to pay for all the typical expenses in raising an animal on a farm. This long list includes quality feed, housing, veterinary care… the list goes on.

Make sure a livestock guardian animal is a realistic idea for you and for your farm before making the leap. However, keep in mind that doing so can be an enriching, enjoyable way to keep your animals safe and sound on your farm. 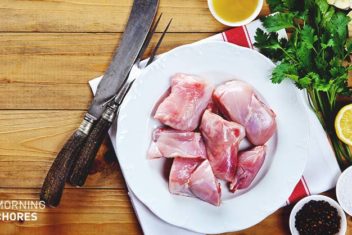 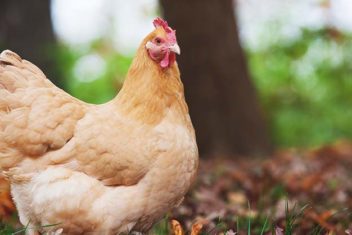 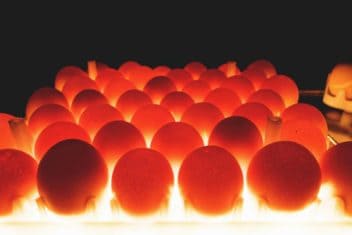 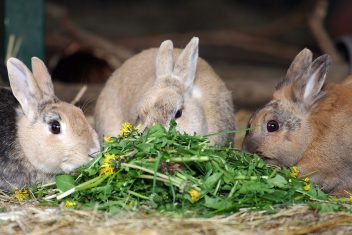 40 Plants to Grow for Herbivore Pets and Companions 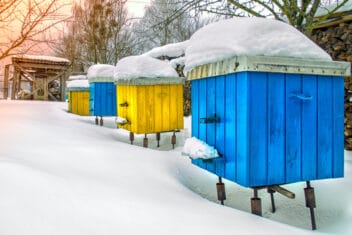 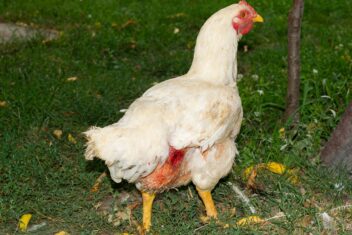 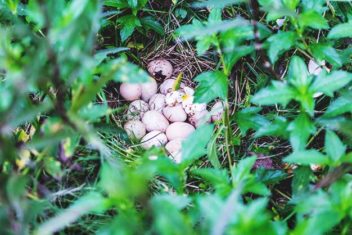 Everything You Want to Know About Guinea Fowl Eggs 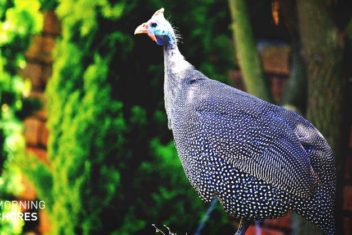 Raising Guinea Fowl: All You Need to Know to Do It Right 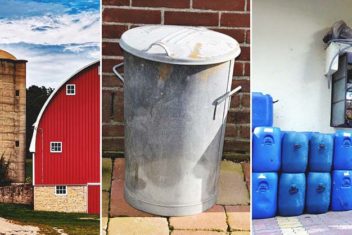 11 Ways to Store Animal Food and Protect It From Nature

Goat Pregnancy & Birth: All You Need to Know About Goat Kidding 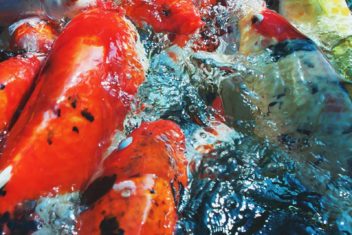 Backyard Fish Farming: How to Raise Fish for Food or Profit at Home