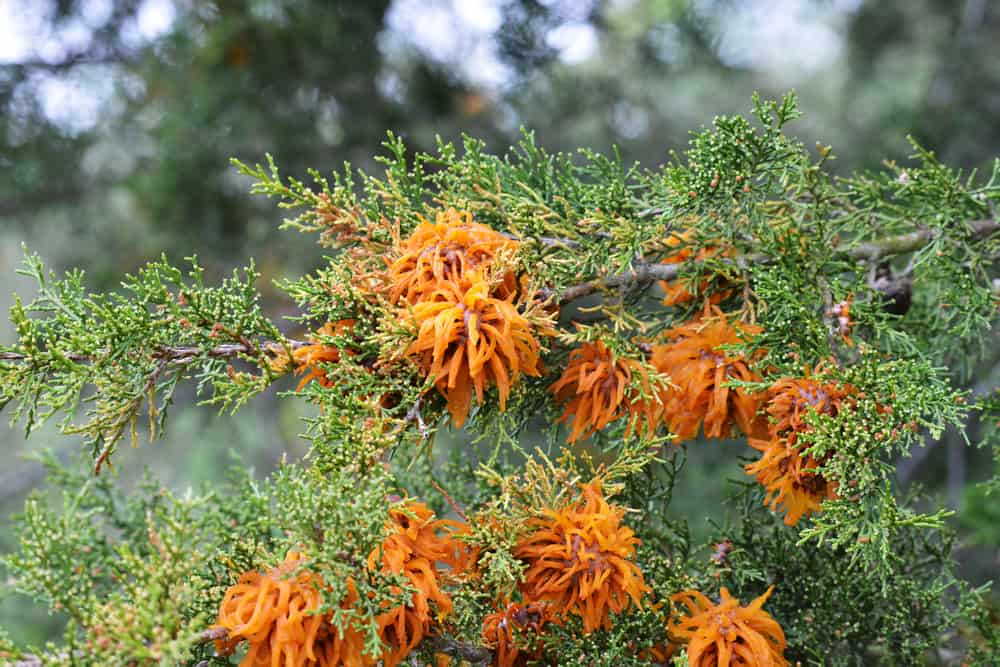 This disease can be found anytime apples and juniper species interact. It’s especially common during wet, humid years. If the spring and summer have above average rainfall or cloud cover, look out for the health of your trees!

What is Cedar Apple Rust?

Cedar apple rust (Gymnosporangium juniperi-virginianae) is a fungus that depends on both apple (Malus domestica) or crabapple (Malus spp.) and juniper (Juniperus spp.) or eastern red cedar (Juniperus virginiana) to develop. It can also survive on hawthorns (Crataegus spp.), though this is less common.

Cedar apple rust needs to pass spores back and forth between the eastern red cedar (or related plant) and an apple, crabapple, or hawthorn tree throughout its lifecycle.

On its juniper-family host, cedar apple rust produces large galls which eventually send spores over to nearby apple trees. The affected apple trees develop red leaf spots and often produce deformed fruit. Then cedar apple rust sends spores back to a juniper and the cycle begins all over again.

Most of the time, cedar apple rust is a low-impact pathogen. It starts to develop in rainy, spring weather, but as the air dries out, the fungus is left without the right conditions for spreading.

But during wet, rainy years, cedar apple rust can be incredibly destructive. Affected trees produce fewer apples, deformed apples, and can even drop all their fruit before they’re ripe.

Occasionally, after two or more bad years of rust, cedar apple rust can kill your trees. More often, it simply ruins a crop of apples. Fruit grown on infected trees is poor quality at best.

Notice that the eastern red cedar is a juniper species. In fact, all native American cedars are not true cedars. True cedars can only grow in arid regions like the Mediterranean or the Himalayas. American cedars – whether they’re western cedars or eastern – are really varieties of juniper.

Both junipers and cedars are conifers. They’re both aromatic evergreens with highly textured bark. But true cedars aren’t native to North America. True cedars are rarely able to naturalize in our climates, so any “cedars” growing wild in North America are usually junipers.

The sooner you diagnose this fungus, the sooner you can fight it. Start checking for cedar apple rust early in the year so you can catch it in the beginning stages.

Signs of infestation start in the spring. When spring rains are pouring down, you’ll start to notice the first signs of cedar apple rust on your juniper species.

Spores first over-winter on juniper species as reddish-brown galls on the twigs of juniper plants. In the spring, the galls begin to swell. This is especially common during the wettest time of the season. The galls can swell to the size of baseballs in the right conditions.

As they swell, the galls produce long, orange tendrils. The whole gall starts to resemble a virus until those bright orange tendrils start to fatten up. The tendrils, which are spores, grow fatter and more gelatinous until they’re blown by the wind to nearby apple trees.

The ugly, orange spores grown on juniper plants can only infect apple or crabapple trees. If there aren’t any apple trees in reach, the life cycle of cedar apple rust stops.

Of course, a windy spring and summer will extend the reach of cedar apple spores. If your spring is extra stormy, you may find yourself with a surprise case of rust from the eastern red cedar down the road.

Surprise cases will rarely bloom into an orchard-destroying infection. But if you see cedar apple rust spots on your trees, quick control is the best way to make sure the rust doesn’t make a home in your orchard.

Once the spores find an apple tree they settle in. Gymnosporangium juniperi-virginianae spores cause reddish-orange or yellow spots on the leaves. As the season progresses, the spots spread across the leaves.

By late summer, infected leaves may sprout long, brownish, hairy tubes under the spots, or on nearby twigs. These tubes produce another set of spores that go about re-infecting the nearby junipers. It’s a vicious cycle.

Now that you know what to look for, let’s start reining in this fungus. It’s always a good idea to approach fungal disease from a few angles to make the biggest impact in prevention. Start by putting some environmental controls in place.

If you can, start by putting some distance between junipers and apples. The spores can travel for miles, but it’s unlikely. Most infestations are from plants within a hundred feet of each other. Try to keep at least 300 feet between apple trees and juniper species to make it harder for rust spores to find their second home.

If you notice galls forming on your juniper plants, prune them as soon as possible. If you find rust spots on your apple trees, carefully prune those branches as well. Remove the pruned branches and burn them. Disinfect your pruning shears to make certain no spores survived.

By removing all the infected branches, you can find, you’re cutting into the life cycle of the fungus and making it harder for the disease to thrive. But sometimes, a gall or leaf escapes notice. Or a tree is so infected that it’s impossible to safely prune away all signs of infection.

When that happens, it’s time to take a different approach:

There are a few organic and non-organic fungicides available that work well on cedar apple rust. Many of the most common conventional fungicides don’t work on this disease. I’ve found that a certified organic copper fungicide is the most effective option.

Copper sprays are safe for beneficial insects. Since we keep bees, I try to be as careful as I can with chemical sprays. Treatments like Bonide Orchard Spray work well for cedar apple rust but can be harmful to pollinators. I chose to skip sprays that might damage my hives.

Copper sprays are safe for the local fauna and they’re effective. You can treat with copper starting early in spring. Use a solution of 0.5 – 1.5 ounces of liquid copper per gallon of water. Spray your apple trees early and repeat the treatment monthly throughout the spring and summer.

Copper can greatly reduce the impact of cedar apple rust and help to break the life cycle of the fungus. Treatments with copper are also effective on juniper species. You can start treating your juniper plants in early spring along with your apple trees.

Treating both species reduces the number of treatments you need to give to each species. If you give both junipers and apples 3-4 treatments in the spring, you can rest easy for the remainder of the growing season.

If you’re planning to put in an orchard, and you’re not sure you can keep up with rust control there are resistant apple varieties.

Apple cultivars like ‘Freedom,’ ‘Redfree,’ ‘Liberty,’ and ‘McIntosh’ are resistant to cedar apple rust. Other varieties like ‘Macoun,’ ‘Empire, ‘and ‘Northern Red’ are mostly resistant to the fungus.

They may need a little support during unusually wet years, but rarely need to be treated with copper or other fungicides.

Look into apple varieties that are at least somewhat resistant to cedar apple rust and build yourself an orchard that can thrive alongside any neighboring junipers. 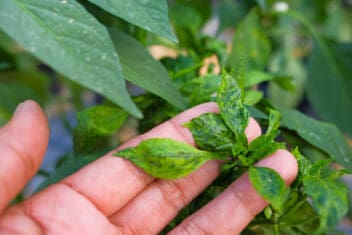 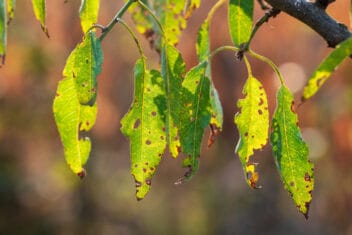 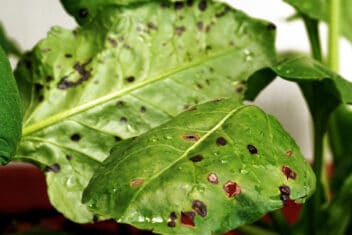 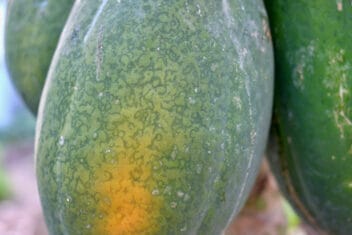 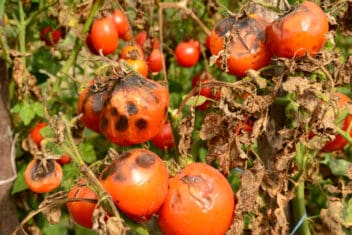 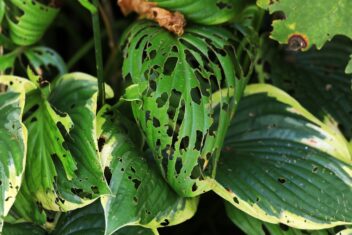 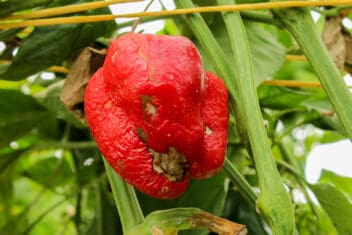 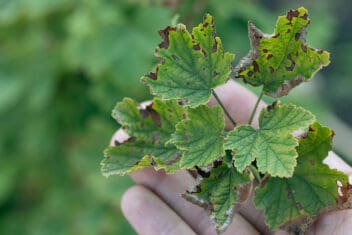 Anthracnose: How to Prevent and Treat This Fungal Disease 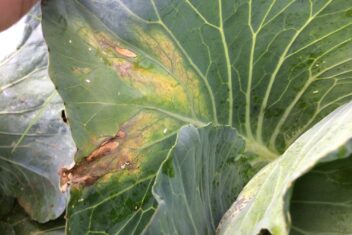