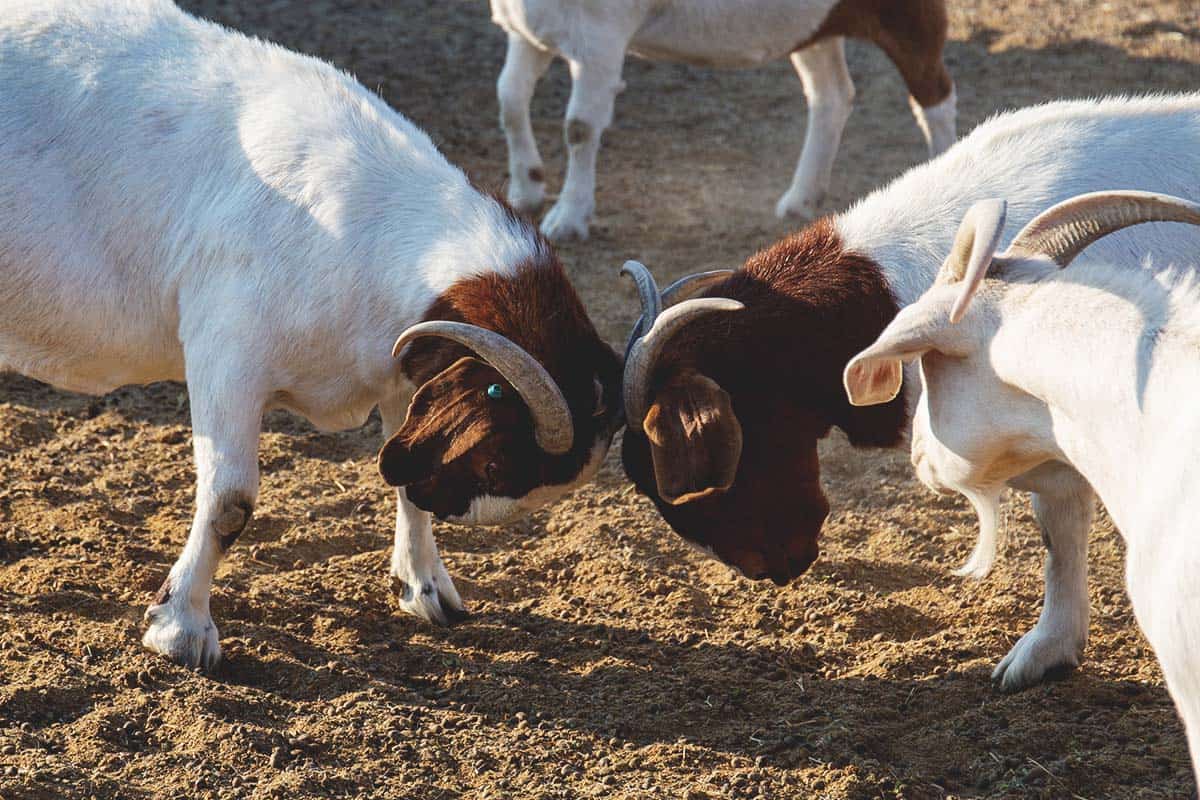 Your goat kid has been a little bundle of joy, but the time has come for him to grow into a full-blown buck. You knew this day would come and your buck would be…well, a little less cuddly than he was as a baby.

The first time your goat buck goes into rut, you will have a lot of questions about his odd behavior…and smell.

But have no fear, we will get through this together, and you’ll see that rut doesn’t have to be creepy or scary once you understand what is happening.

What is a Goat Buck in Rut, Anyway?

In simple terms, rut is a window of time when a goat buck experiences a surge of hormones and is ready to breed does.

The truth is, a buck can breed does all year long, but when he’s in rut, he is more determined to do the deed than the rest of the year. This is also why it’s not advised to keep bucklings with their mothers for more than 3-4 months (otherwise you may have kids shortly again).

In fact, some young bucks can breed their does at 7 weeks of age. It’s been known to happen, but it’s not too common.

The Seasons Change and So Does Your Goat Buck

Most breeds of goats go into rut during Autumn. They tend to do most of their breeding from August to January.

Strange Signs That Your Buck is in Rut

If you’ve noticed some bizarre, maybe even disturbing behavior, your buck may be ready to breed.

I’ve actually watched my buck act “rutty” but mistook it for a medical concern. Luckily, after further observation, I realized he was just showing off, awkwardly, for the does he was hoping to court.

So if you observe any of the following goat behaviors, don’t assume there’s something wrong with your buck…he may just be in rut:

Ok, so here’s a truth bomb for you, bucks smell most of the time, but during rut…it’s pretty intense. If you can’t stand the smell of a rutty buck, then don’t stand downwind because it’s potent.

The smell comes from both his urine and scent glands behind his horns.

And I’m not kidding when I say that the does like this smell, and the more the buck smells like it, the better his chances of breeding are.

And get ready for this one, your buck may even pee on his beard or face to really stink himself up. Yes…it’s possible and pretty yucky. So maybe hold off on cuddle time until rut is over.

If you’ve ever seen Mr. Ed, the talking horse, you have seen an animal flehmen. This is when they utilize nerve endings in their lips to “smell” a strange, or in this case exciting, smell. They look pretty funny doing it because they stick their upper lip up and stretch their necks to the sky.

Ok, this one’s pretty gross, but yet, he will run-up to a squatting doe and smell or even drink her urine. For this, I have no simple explanation other than the does urine has hormones in it that signal her readiness to breed.

Goat bucks in rut like to put on a show for their does. Much like a rooster dances, a goat buck will strut around and stretch in funny ways that really aren’t as flattering as they probably think…well at least to us humans

A rutty buck may also stomp to get the girls attention, or even to warn a potential challenger that “these are my girls.”

He may also stick out his tongue, spit, grunt, and make other bizarre noises. Don’t worry, he is just being fancy.

The Truth About Aggressive Bucks in Rut

I’ll be honest, big goat bucks can be intimidating and I’m guilty of distancing myself from them once they reach a certain age. But the truth is, not all bucks become monsters when they mature.

I have a sweet Boer goat buck that when in rut, just gets a little goofy. He’s not aggressive nor mean, and we just ignore his grossness for a few months because we know his ladies love it.

Isolating a buck is probably one of the biggest mistakes goat owners make because it makes the buck lonely and a little crazy. If my Boer buck was isolated for an extended amount of time, he’d probably have an attitude problem too.

So when you need to stop breeding from happening, make sure to give your buck a buddy or two to keep him company…and sane. You can often find wethers (castrated bucks) at lower prices, or simply castrate one of his sons.

But Will My Bucks and Wethers Fight?

Yes. Sorry, that’s probably not what you wanted to hear, but it’s the truth. The good news is, it won’t last forever, and very rarely will anyone be severely injured.

You see, goats have a hierarchy, much like chickens have a pecking order. And when a few new goats get together they have to hash things over to figure out who is in charge.

Bucks will fight other bucks to win the position of the king in the herd, and then the loser rarely challenges again.

Wethers probably won’t challenge the buck and accept their role much sooner than an intact male.

How to Handle an Aggressive Buck

If you end up with a nasty goat buck in rut, keep your distance and always take something with you to protect yourself if your buck decides to attack.

A large aggressive goat buck can do a lot of damage if you aren’t paying attention. So never assume your buck won’t become aggressive and always have something to protect yourself.

You can also grab hold of your bucks beard to keep control over him. This often puts goat bucks into a trance-like state so you can slowly leave the pen without being harmed.

While some bucks can become aggressive, don’t assume that yours will. Always be cautious around your smelly boy, but give him a chance to prove he can still be a gentleman when he’s in rut. 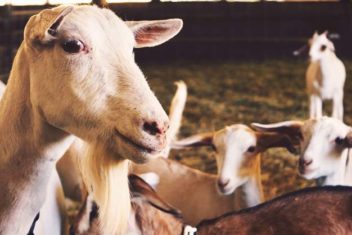 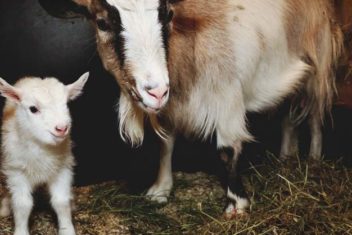 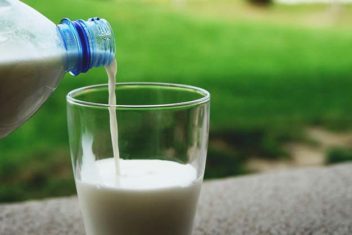 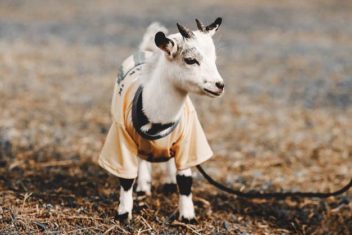 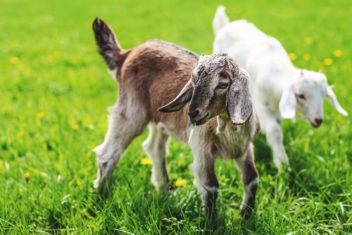 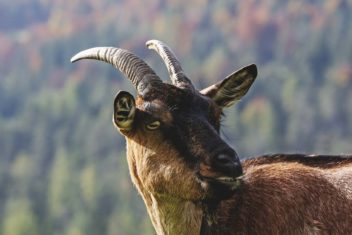 The Goat Horn Guide: Should You Dehorn Your Goats?

Understanding Goat Behavior and the Dynamics of a Goat Herd 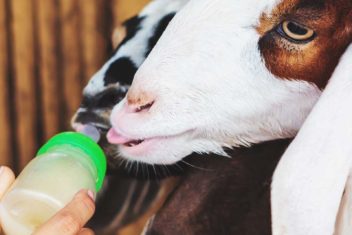 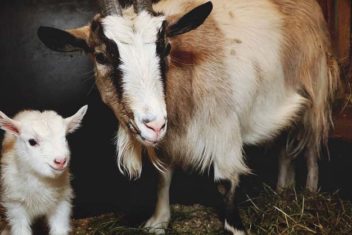 Suckling and the Vital Importance of Colostrum for Goat Kids 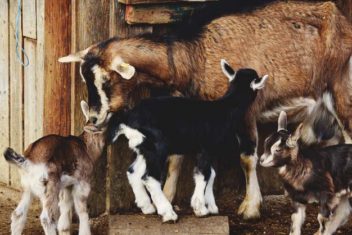 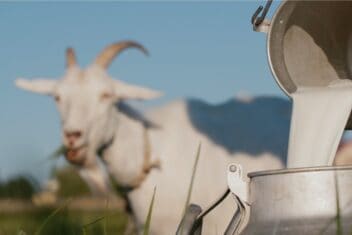 9 Tips to Help Improve and Get Better Tasting Goat Milk