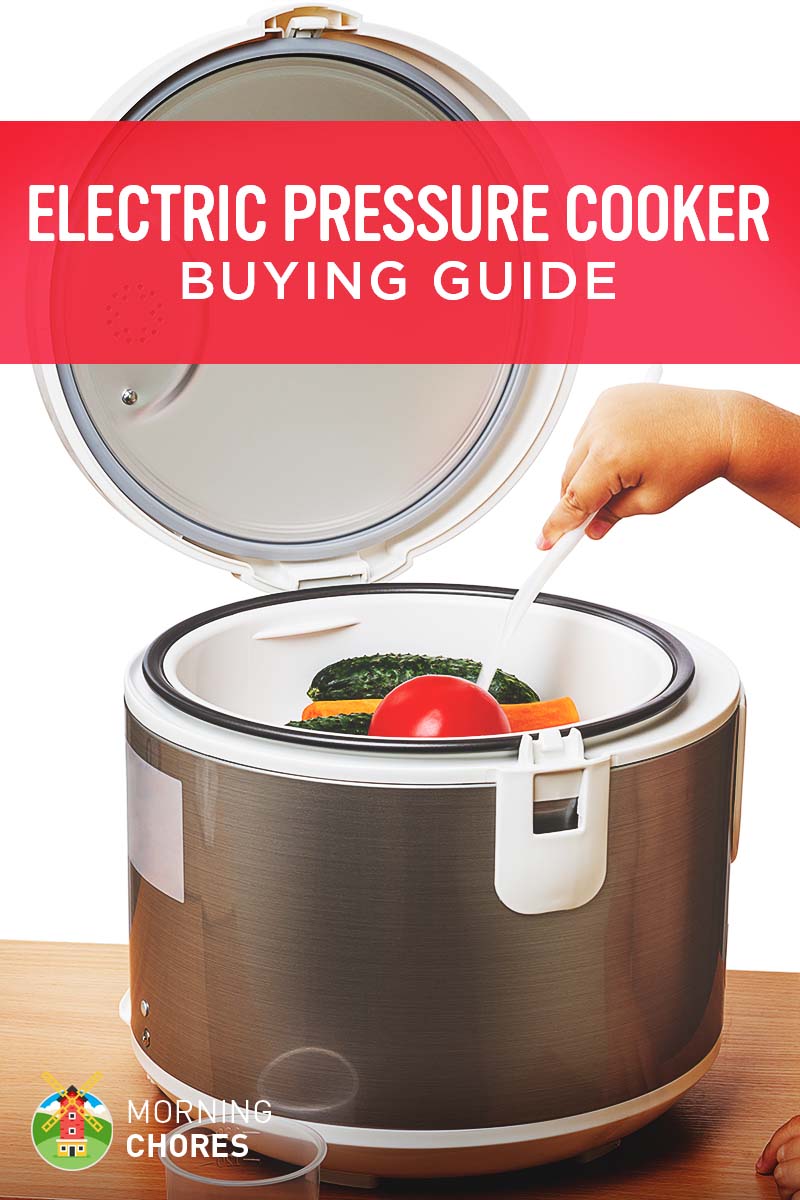 Are you looking for a way to make your busy life a little easier, especially at dinner time? Cooking with an electric pressure cooker may be your answer. They are a little different than your ordinary pressure cooker and the differences make them a little bit easier to use.

Our Top Pick for the Best Electric Pressure Cooker

There are plenty of resources online to help you learn how to use the Instant Pot and its best feature is the Bluetooth that allows you to control it with a smartphone app. It’s also extremely durable and, unlike other electric pressure cookers, it’s made of a 3-ply, food-grade stainless steel.

Hands down, this pressure cooker has the durability and features that make it stand out from the rest.

An electric pressure cooker is simply a pressure cooker that uses electricity. By using electricity, you add more functions to your cooker including an electronic timer, more cooking modes, and most importantly more control over the amount of pressure you are using.

I am personally always afraid when I use a regular pressure cooker that I am not using it correctly and it might blow up.

An electric pressure cooker cooks more like a microwave does. It uses the same type of internal steam pressure and infuses it into the food.

And, if you are like me, and you get nervous trying to set an ordinary pressure cooker, an electric pressure cooker might be a better choice since it doesn’t have such a high-pressure threshold and it automatically sets the heat level so you don’t have to mess with the settings.

The timer is great as you can set it to start several hours later, however, if there is not enough liquid in the cooker it will either switch off or go to a warm mode.

If you have a limited kitchen area, like a college student, it’s a great appliance that can do multiple tasks such as cook rice, steam vegetables, make yogurt, saute, and brown food, and slow cook which makes them a versatile tool to have in the kitchen.

They are a bit bulky so if you have it in your home, make sure you have the counter space.

What To Look for In An Electric Pressure Cooker

Depending on the amount of food you will be cooking, you need to look for a deep enough cooker to hold it all. Most of the cookers range from 5-10-quarts.

Also, look for a non-stick surface for easy cleanup – this will help a lot if you are cooking in a dorm room as you will have a limited area for appliance clean-up. Make sure the digital display is something that you can work with.

Some of them can be very involved requiring reading a manual – I needed to watch a youtube video to understand mine. So, depending on your skill with electronics, you may have to get one that has a very user-friendly setting control.

What You Need To Know Before Buying An Electric Pressure Cooker

Electric pressure cookers are a kitchen tool that you need to learn how to use. Several areas can be a little confusing and dangerous if you’re not careful.

Here are a few things you should know before using one:

When you are done with cooking, you need to release the pressure. This can be done in one of two ways; through a quick release or a natural release.

Most electric pressure cookers will not let you do this until it is done cooking. However, make sure to not ever try to force it open. If for some reason you do need to get inside the cooker, unplug it and allow the pressure to release first.

What pressure you use all depends on what you are cooking. Some cookers do not even have a medium pressure option. Just make sure to check the manual which will be able to tell you what pressure setting to use for what type of food.

This little pin-like mechanism is located on the lid of the cooker. It pops up when the cooker has reached the correct pressure and goes down when the pressure has dropped. It also tells you when the cooker is locked preventing you from opening it.

This valve is also found on the lid of the cooker and you can use this to release the pressure from your cooker for a quick release. However, if you touch the release valve while it’s cooking, you may come into contact with some hot steam and you may burn yourself.

You may have to use a long spoon to turn it for you instead (this comes from someone who has burned themselves in the past.)

The small container is locked onto the side of the cooker and it’s where the extra condensation is collected and held while it’s cooking.

The seal on the inside of the cooker’s lid is the silicone sealing ring which creates the steam-tight seal that keeps air from escaping while it’s cooking.

The Instant Pot 6-Quart Electric Pressure Cooker is the 3rd version of its Instant Pot line. It holds up to 6-quarts and comes in an 8-quart version as well as a Bluetooth-enabled version that lets you control the cooker with a smartphone app.

This is a very versatile pressure cooker that makes it unnecessary to buy other kitchen appliances, so you save money. It can be used as a pressure cooker, rice cooker, yogurt maker, and steamer. It also browns, sautés, and slow cooks.

It does have a learning curve to it and that the instruction book isn’t that helpful so it will take a bit of practice to use it. However, there are plenty of online recipe books, instruction manuals, and videos that will help you learn how to use it.

The Gourmia 6-Quart Pressure Cooker is extremely versatile and with 6 cooking modes and 13 settings, this device will replace a variety of appliances.

It has steaming, browning, and sauteing features and can also be used to cook rice and as a slow cooker. This pressure cooker does not have a manual feature such as the Instant Pot but it has a 24-hour timer and a keep-warm mode.

The Gourmia pressure cooker has a 6-quart capacity but you can also choose a 4-quart or an 8-quart pot. Smart Speedsense Technology combined with 1000-watts of power and a high precision thermostat lets this appliance cook up to 70% faster and create healthier, tastier meals.

Presto is well-known for its efficient electric pressure cookers and this model is 70% faster than ordinary cooking methods. The Presto 6-Quart Electric Pressure Cooker also works as a slow cooker and allows you to either warm, brown, or saute meat, all in one handy appliance.

It has 19 digital programmed settings for cooking fish, chicken, vegetables, beans, rice, grains, and even dessert.

It’s not as durable as the other electric pressure cookers and does not include a steam rack but the removable dishwasher safe pot has a non-stick coating. The instructions are not that easy to understand and newbie cookies may take a while to get used to the operating pressure system on the machine.

However, once you experiment with this electric cooker, you will be able to master it.

Eight built-in safety features include a cover locking system that allows pressure to build only when the cover is securely closed and prevents the cover from being opened until the pressure is safely reduced. A timer also signals when the cooking time has been completed.

The Presto 6-quart electric cooker may not be big enough to cook large family meals but perfect for a small family or a couple and is a great electric pressure cooker for the price.

The Cuisinart 6-Quart Electric Pressure Cooker has a capacity of 6-quarts and has been well-known as one of the best electric pressure cookers on the market.

It offers 2 pressure settings, an automatic pressure release, a programmable timer plus a built-in thermostat. It does tend to shut itself off if it doesn’t sense that there is enough water.

Cuisinart cooks and browns food well, is easy to use, and clean. There is a non-stick coating on the insert. This is a great cooker for the novice as well as professional cooks. It has an easy-to-read LED display and pre-programmed settings for warming, sautéing, simmering, browning, and steaming.

The precision thermostat controls the pressure for worry-free cooking and has cool-touch handles.

The Cuisinart turns itself off when pressures have been completely released which saves energy and overcooked food.

You can create stews, soups, entire chicken, and tenderized pork as well as make cheesecake and custard. It takes the place of several appliances saving you money in the kitchen. It also has a 99-minute timer on the LED display that shows a countdown.

When it’s done cooking, it automatically turns off and continues to warm the food for up to 12 hours.

The Luby 6-Quart Pressure Cooker has an attractive red and brushed stainless steel design and an easy-to-read digital touchpad with an LED display. Once you lock the lid and press the start button, the high-pressured steam cooks food 70% fast, seals in nutrients, infuses the food with fabulous flavor, and browns your food nicely.

With 17 preset modes, this smart machine can cook a wide range of meals for your family such as soup, ribs, chicken, rice, steamed vegetables, meat, stews, sous vide, bread, cake, and yogurt.

You can also use it as a slow cooker because of the 24-hour delay timer, so you can cook your meals in advance or make oatmeal for breakfast. An automatic keep-warm feature kicks in at the end of the cooking cycle and keeps food warm for up to 24 hours.

Very easy to clean, the pressure cooker has a removable dishwasher-safe non-stick aluminum cooking pot and a detachable lid.

As well as the 2 sturdy handles, the cooker’s compact design will save on valuable counter space in a small kitchen. This cooker also comes with a rice paddle and a measuring cup.

To safely avoid high-pressure buildup, the Luby pressure cooker has a button-activated float valve on the top of the lid that drops down and locks the lid until the unit has cooled down.

Our Top Pick for the Best Electric Pressure Cooker

There are plenty of resources online to help you learn how to use the Instant Pot and its best feature is the Bluetooth that allows you to control it with a smartphone app. It’s also extremely durable and, unlike other electric pressure cookers, it’s made of a 3-ply, food-grade stainless steel.

Hands down, this pressure cooker has the durability and features that make it stand out from the rest. 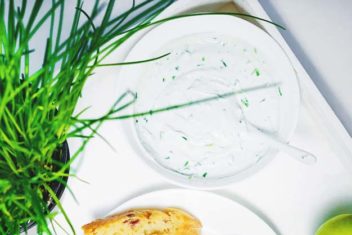 How to Make Yummy Sour Cream in 24 Hours 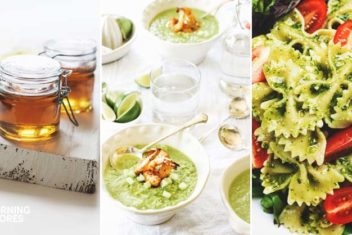 21 Surprisingly Tasty Dandelion Recipes Straight From Your Back Garden 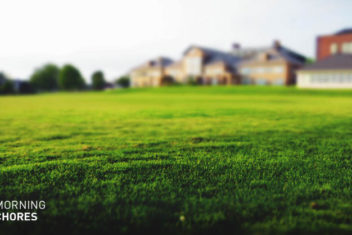 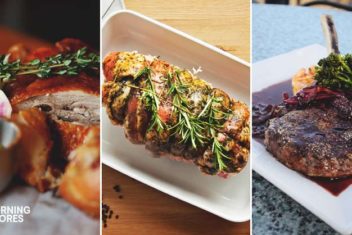 40 of the Most Festive Christmas Dinner Ideas Out There 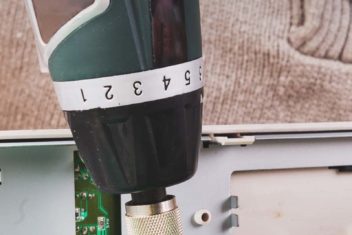 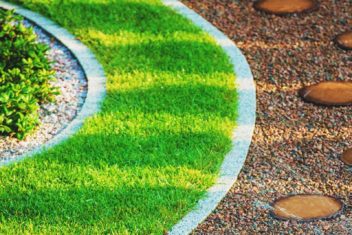 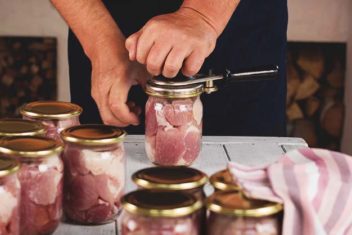 Pressure Canning Meat: A Simple Tutorial to Get You Started 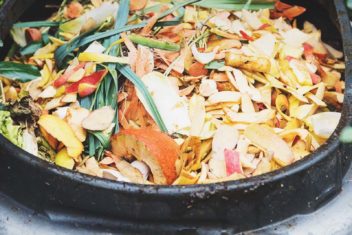 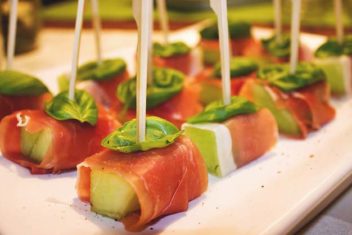 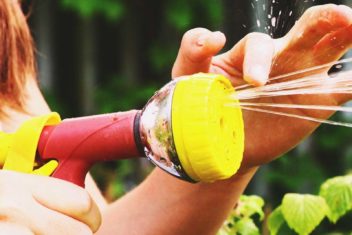 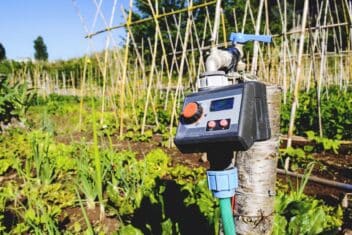 7 Best Water Timer Reviews: A Water-Saving Device for Your Garden 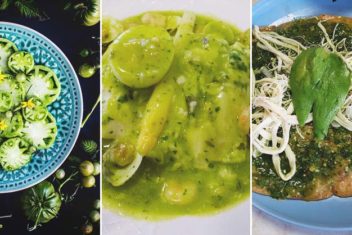 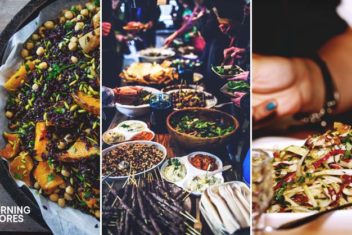 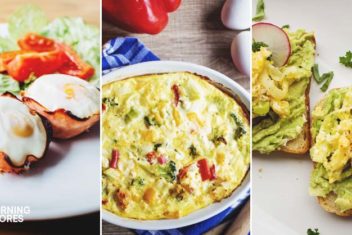 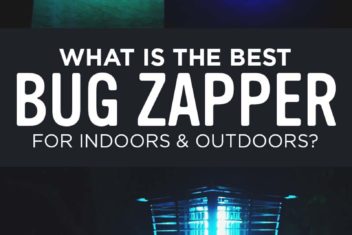 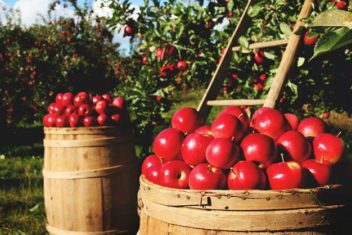 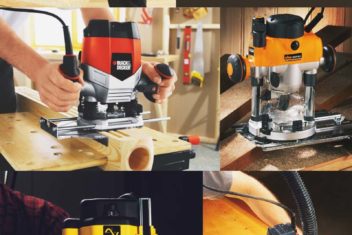 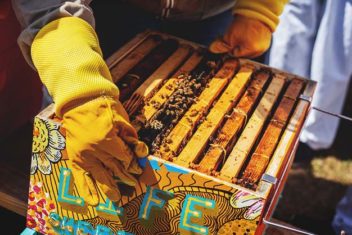 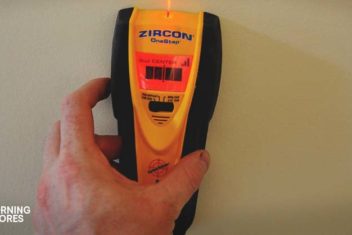 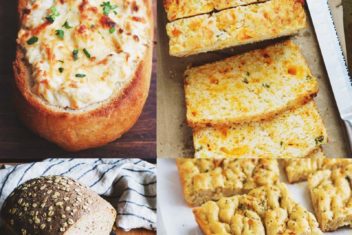 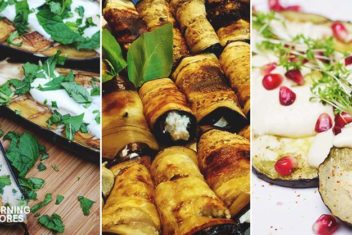 Eggplant Recipes: 20 Ways to Try This Nutritious and Unique Fruit